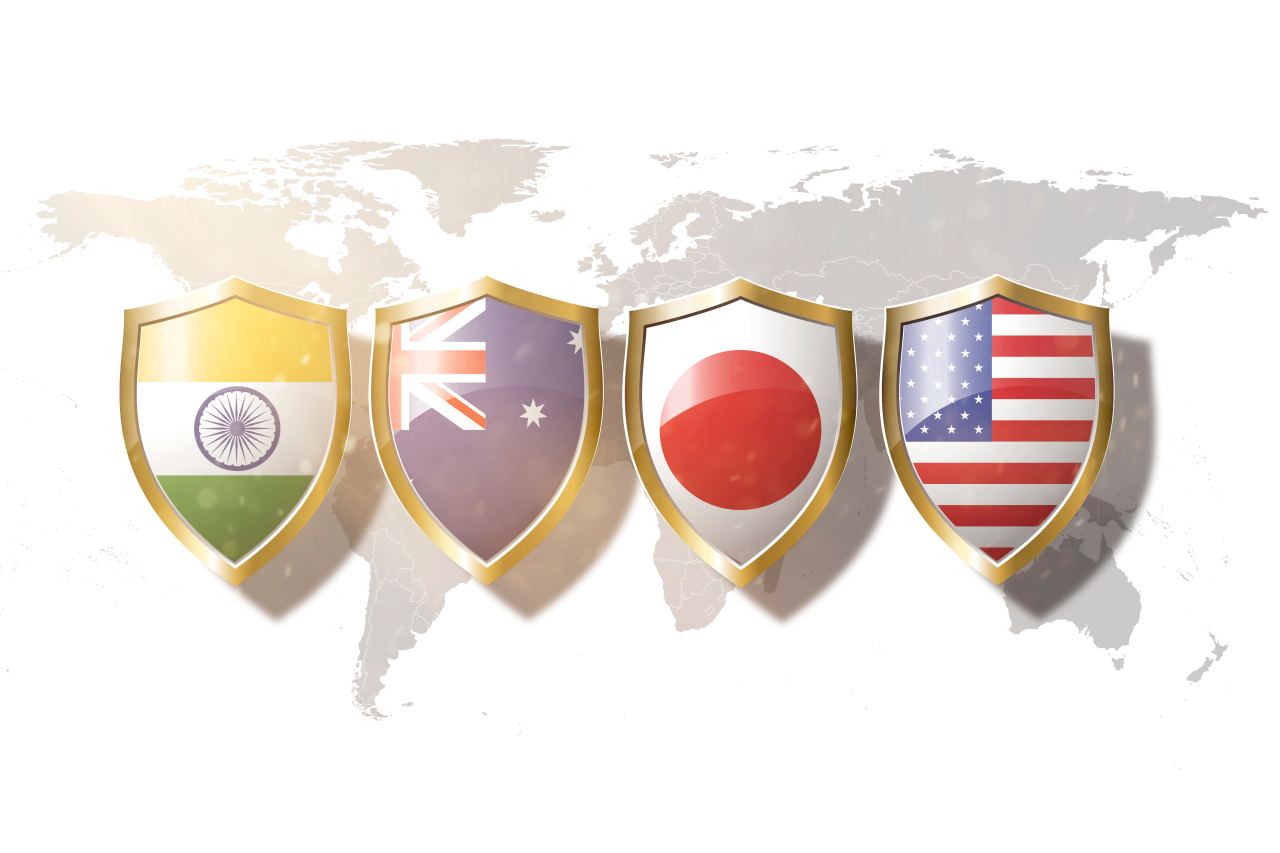 Indian, Australian, Japanese and US flags (from left to right). (123rf)
South Korea and China have not discussed the Quad alliance, a US-led democratic coalition comprising the US, Australia, India and Japan to contain an increasingly assertive China, the Ministry of National Defense said Monday.

“It’s an unequivocal no. We have not been in talks on the matter and on whether we will join the group,” ministry spokesperson Boo Seung-chan said, referring to a report that Beijing had repeatedly asked Seoul whether it planned to join the group amid growing US-China rivalry.

“China hasn’t officially called for talks on the Quad,” Boo said. Seoul officials familiar with the matter said Beijing had engaged in behind-the-scenes outreach, asking where Korea was headed with the four-country security dialogue, which China sees as a new threat.

The Korean government maintains it has not been formally invited to the Quad, but will work with the Quad countries to address global challenges such as COVID-19 response and climate change.

The Quad alliance is back in the limelight as Korea looks to the US for its Pfizer vaccine amid fears of spiking infections here. Korea is facing backlash over a shortage of “safer” vaccines amid reports of rare blood clots associated with AstraZeneca’s vaccine, which makes up the majority of the supply.

The US State Department turned up the heat on the Korean government over vaccines when it said earlier this month that the Biden administration was pressing ahead with domestic vaccination and that it had been in talks with Canada, Mexico and the Quad countries over vaccination cooperation.