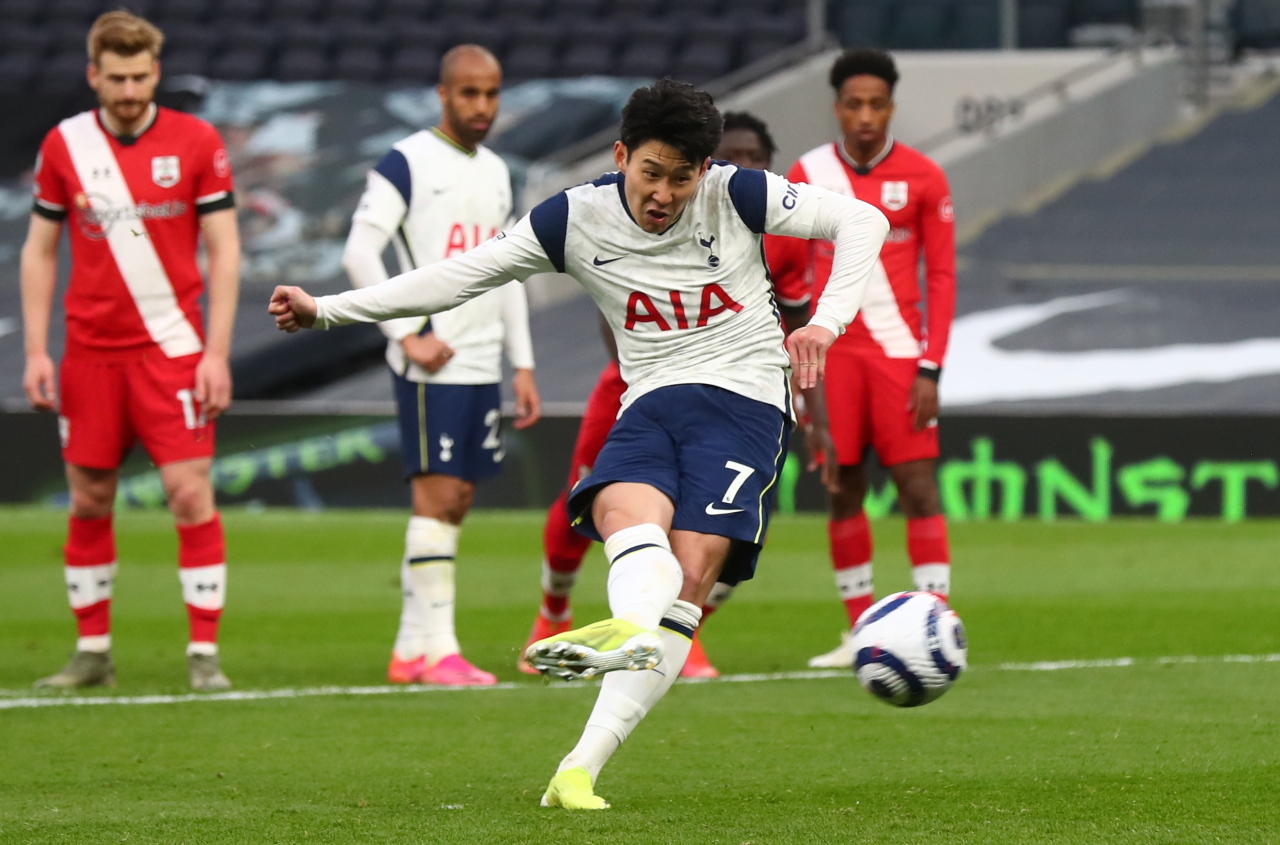 In a Premier League match against Southampton at Tottenham Hotspur Stadium in London on Wednesday (local time), the South Korean star netted a goal from the penalty spot in added time to give his team a 2-1 victory.

He now has 20 goals so far in all competitions, including the Premier League and European continental tournaments, this season.

He needs one more goal to tie his European single-season career high of 21 goals set in the 2016-2017 season.

The 28-year-old player said his next goal is to hoist a championship trophy this weekend for the first time in his decadelong professional career.

Tottenham will face the defending champion Manchester City in the League Cup final Sunday, bidding for their first title in 13 years.

"I want to win, want to be the winner," he said in a post-match interview Wednesday. "I don't want to be just proud to play in the final.

If his team wins the Sunday final, it would be Son's first championship victory in his career that began in 2010 with Germany's Hamburg SV.

On the national team side, he clinched the gold medal in men's football at the 2018 Asian Games.

Thanks to Son's last-minute goal, Tottenham pulled off a come-from-behind 2-1 win over Southampton, which took a 1-0 lead in the 30th minute.

It took 30 minutes for Tottenham to tie the match. In the 60th minute, Gareth Bale curled a shot into the top left corner when Lucas Moura's shot was blocked by a defender.

In the 74th minute, Son made the team's second goal, but it was later disallowed after a VAR review, citing that Moura was in an offside position.

In the 90th minute, Tottenham was awarded a free kick after Southampton's Moussa Djenepo slid into Sergio Reguilon on the edge of the penalty box. And Son did not make a mistake in scoring from the penalty spot and completing the 2-1 victory.

The club has 15 wins, eight draws and 10 losses, advancing to the sixth spot with 53 points. (Yonhap)