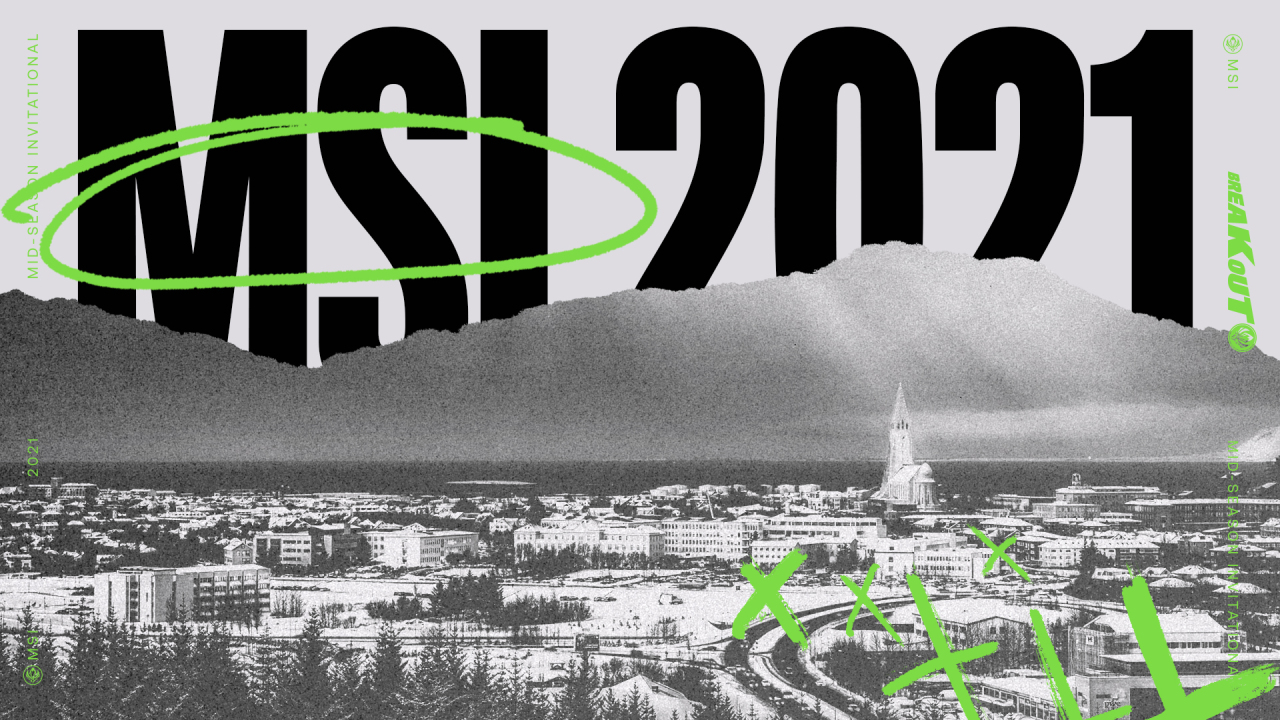 MSI 2021 poster (Riot Games)
With paiN Gaming winning the Brazil league finals Monday, all 12 teams heading to the League of Legends Mid-Season Invitational have been locked in. However, Riot Games announced Tuesday that the Vietnamese Championship Series will not be participating due to COVID-19 restrictions.

“We explored numerous solutions that would allow the VCS team to compete in Iceland, but we were unable to find a way to make this happen. We are deeply disappointed to have to continue without one of our most passionate leagues,” said Tom Martell, director of operations at Riot Esports, Tuesday.

The 2021 MSI will take place in Reykjavik, Iceland, May 6 to 22. As last year’s MSI was canceled due to the pandemic, fans of LoL esports eagerly await the showdown between the top teams from each region. Unlike previous years, when teams from minor regions such as Japan, Turkey and Oceania had to play in a preliminary group competition before they could play teams from major regions such as South Korea, China and Europe, the 12 teams were divided into three groups this year, with the two best-performing teams from each group heading to the next round.

There is more on the line than prize money and honors: The region to win this year’s MSI will receive an extra ticket at the World Championships. So will the best-performing region at international events over the past year. 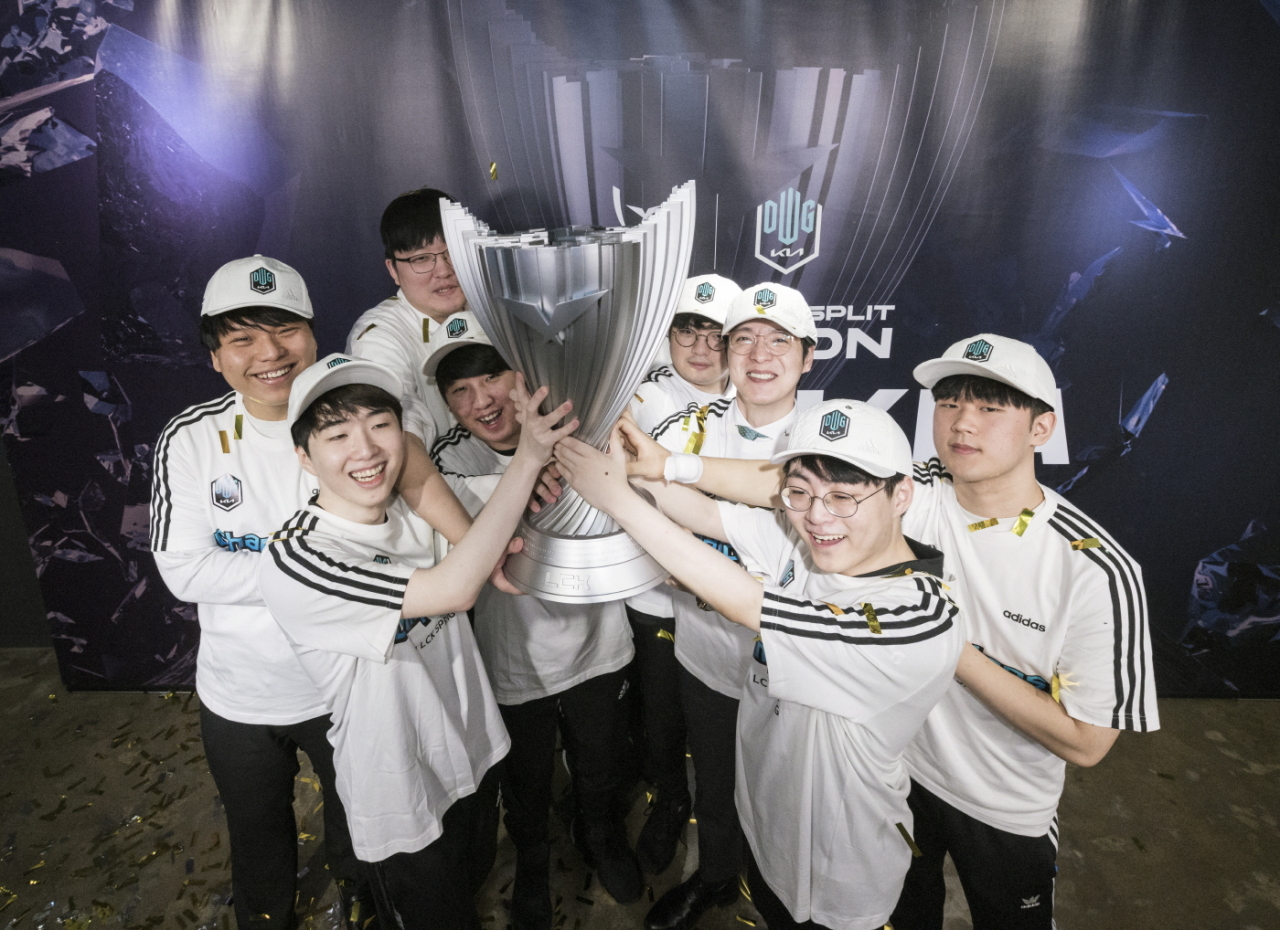 DWG Kia after winning the LCK Spring Finals (Riot Games)
Reigning world champion DWG Kia from LoL Champions Korea is the clear favorite going into the tournament, and the team all the other teams are looking out for.

Here are the MSI groups and the participating teams.


In Group A were Chinese LoL Pro League’s Royal Never Give Up, Vietnam’s GAM Esports, Russia’s Unicorns of Love and Oceania’s Pentanet.GG. However, as GAM Esports cannot participate, the group will be played with just the three remaining teams.

While every member of DWG Kia looked forward to playing against former teammate Jang “Nuguri” Ha-gwon, RNG won against FunPlus Phoenix 3-1 in the LPL finals on Sunday, defeating “Nuguri” and Kim “Doinb” Tae-sang in the mid lane.

RNG was the No. 1 team to finish during the regular season with a 14-2 record. The franchise star Li “Xiaohu” Yuan-hao went to the top lane this season to much success, and RNG’s bot lane popped off in the finals to secure the MSI ticket. The team will most likely be DWG Kia’s greatest threat at the MSI and the clear favorite to come out of Group A as the No. 1 seed.

With Vietnam out of the picture, the Continental League’s Unicorns of Love will most likely advance to the next round along with RNG. Although the Russian powerhouse team came out fourth in the spring season, it won both playoff games to head to the MSI.

Although Oceania’s Pentanet.GG dominated the newly organized Oceania league regular season to head to the MSI, they are unlikely to come out of the group stage and will do their best to gain valuable international experience.

MAD Lions is the first team in over six years to win the LoL European Championships other than Fnatic and G2 Esports. The team with star top laner Irfan Berk “Armut” Tukek from Turkey won in a nail-biting five-game series in the finals against Rogue in the LEC finals. As Europe is considered the third-most-competitive region, behind China and Korea, fans hope MAD Lions can continue Europe’s success in the MSI, as G2 Esports from EU won MSI 2019.

Besides MAD Lions -- the favorites to get out of Group B -- the second could be any of the three teams. All three regions have shown up at international events at some point.

It is hard to imagine a case where DWG Kia and C9 don’t come out as the No. 1 and 2 teams of this group. Both teams have performed superbly in their regions and are far ahead of the other two teams.

Cloud9 added one of the best European players, Luka “Perkz” Perkovic, to dominate the NA league. As they won last year’s spring split but failed to make the Worlds, many fans look forward to their first MSI in the organization’s history.

No more needs to be said about DWG Kia -- currently regarded as the best team in the world. If they manage to win the MSI, they will have won every possible tournament since last summer. This is also Kim “Khan” Dong-ha’s third time at the MSI. As he was runner-up to Kingzone DragonX and lost in the quarterfinals with SKT, he hopes to finally win the MSI this year.

This will also be the first time Korea and Japan play each other at an official Riot Games event.


Meanwhile, the MSI will take place in patch 11.9, a different version from what the teams played in their regions. In the two remaining weeks, teams will be preparing different strategies and train to compete with the best in the world.