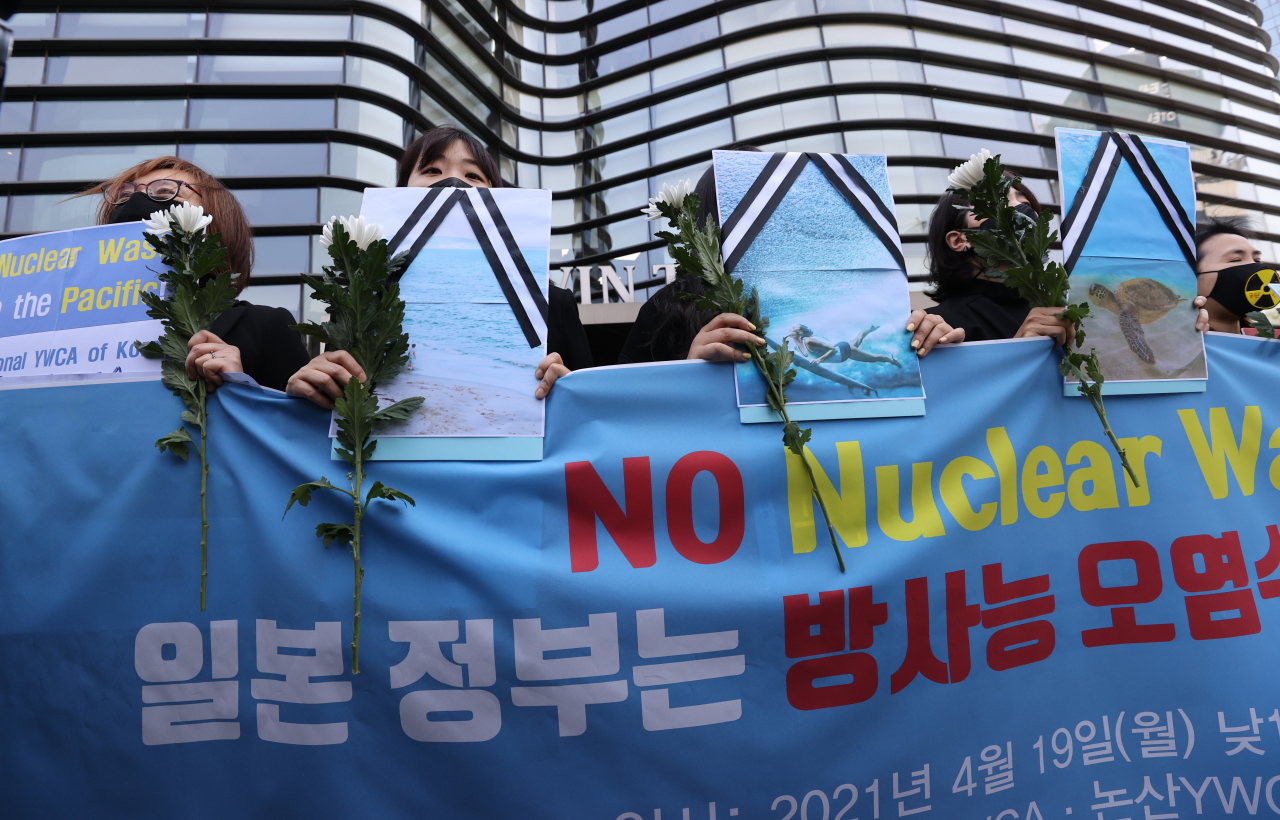 Members of the National YWCA of Korea hold a news conference in front of the Japanese Embassy in Seoul on Monday, to demand Japan immediately scrap its decision to discharge radioactive water into the sea. (Yonhap)
The National YWCA of Korea, one of the nation's largest women's organizations, on Monday urged the Japanese government to immediately scrap its plan to dump contaminated water from the destroyed Fukushima nuclear plant into the sea.

During a news conference in front of the Japanese Embassy in Seoul, YWCA condemned Tokyo's planned discharge of radioactive water as a criminal act that will eventually put all of mankind to death.

"Japan has chosen a cheap and reckless method, though Korea and neighboring countries have proposed various methods to help reduce the continuous damage from nuclear accidents," the group said.

"The planned release of radioactive water will not only threaten the lives of Japan and its neighboring countries but also will be a criminal act that will drive all of mankind to death through generations," the organization said.

YWCA then vowed to respond strongly through cooperation with citizens at home and the international community, including neighboring countries, until the Japanese government revokes its wrong decision.

Early last week, Tokyo announced its decision to start releasing massive amounts of radioactive water, which has been stored in tanks at the wrecked Fukushima nuclear plant, in two years.

Since then, a growing number of civic groups and local government heads in South Korea have held protest rallies or issued statements against the Japanese move.

A group of progressive university students, who have staged a sit-in protest in front of the Japanese Embassy for four days in a row, said 30 students plan to have their heads shaved Tuesday afternoon in protest against Japan. (Yonhap)