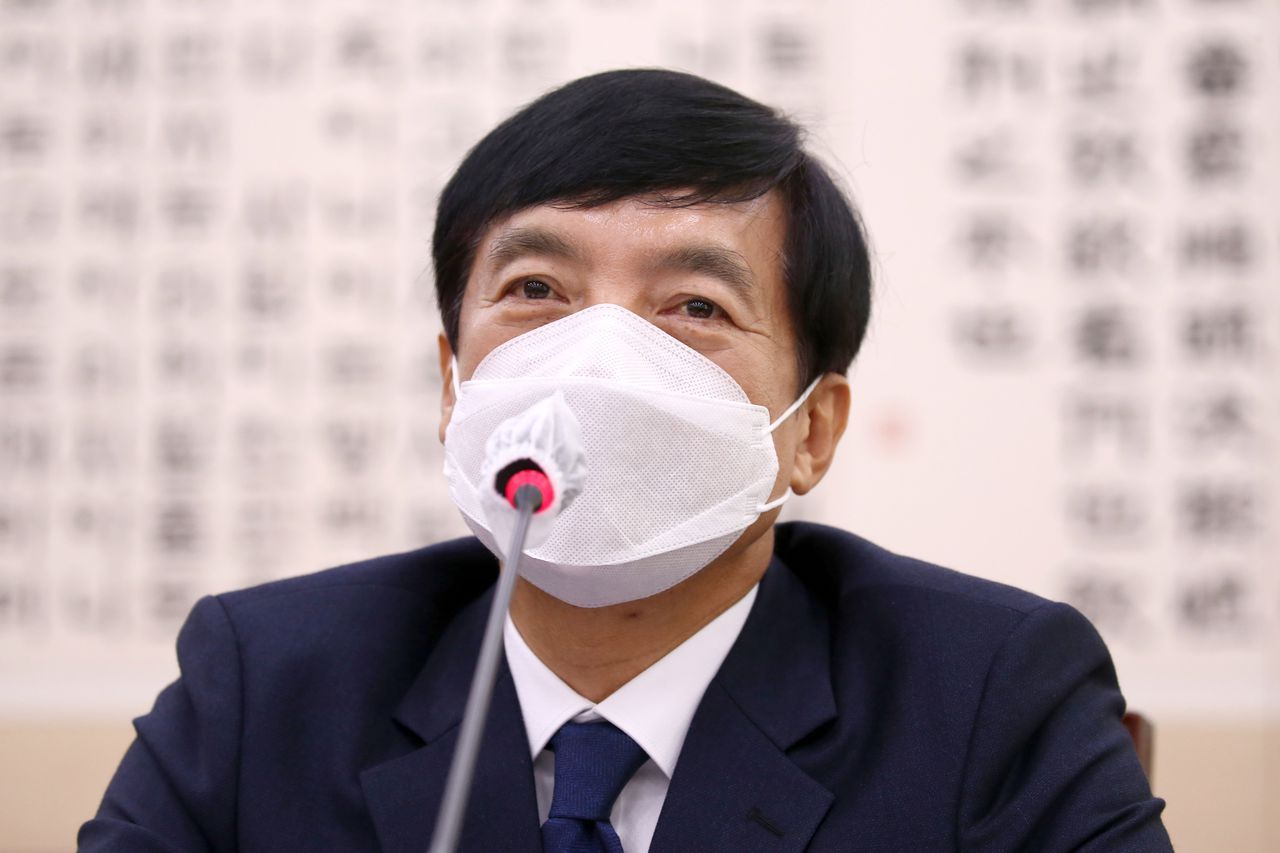 Lee Sung-yoon was questioned at the Suwon District Prosecutors Office as a suspect on Saturday over allegations that he exercised undue influence in 2019 to bring an end to an investigation into the alleged illegal exit ban imposed on former vice justice minister Kim Hak-ui.

According to the investigation team, Lee was accompanied by his lawyer and was questioned for approximately nine hours. Saturday's probe was conducted following repeated refusals by Lee to comply with subpoenas.

Kim was stopped at Incheon International Airport, west of Seoul, from leaving the country in March 2019 as prosecutors sought to reinvestigate allegations that he received sexual favors from a local constructor more than a decade ago.

The Suwon prosecutors have been investigating Lee, who formerly headed the Supreme Prosecutors Office's anti-corruption team, on allegations that his team pressed investigators looking into the case to dismiss the suspicions surrounding the travel ban when it first emerged in 2019.

Lee has denied allegations of wrongdoing.

"Lee was not involved in the procedures of the travel ban. He belatedly came to know about the case, and then instructed officials the following day to check details to report to the prosecutor general," his lawyer said in a statement.

The prosecution team in charge of the case, however, is reportedly planning to press charges against Lee. (Yonhap)