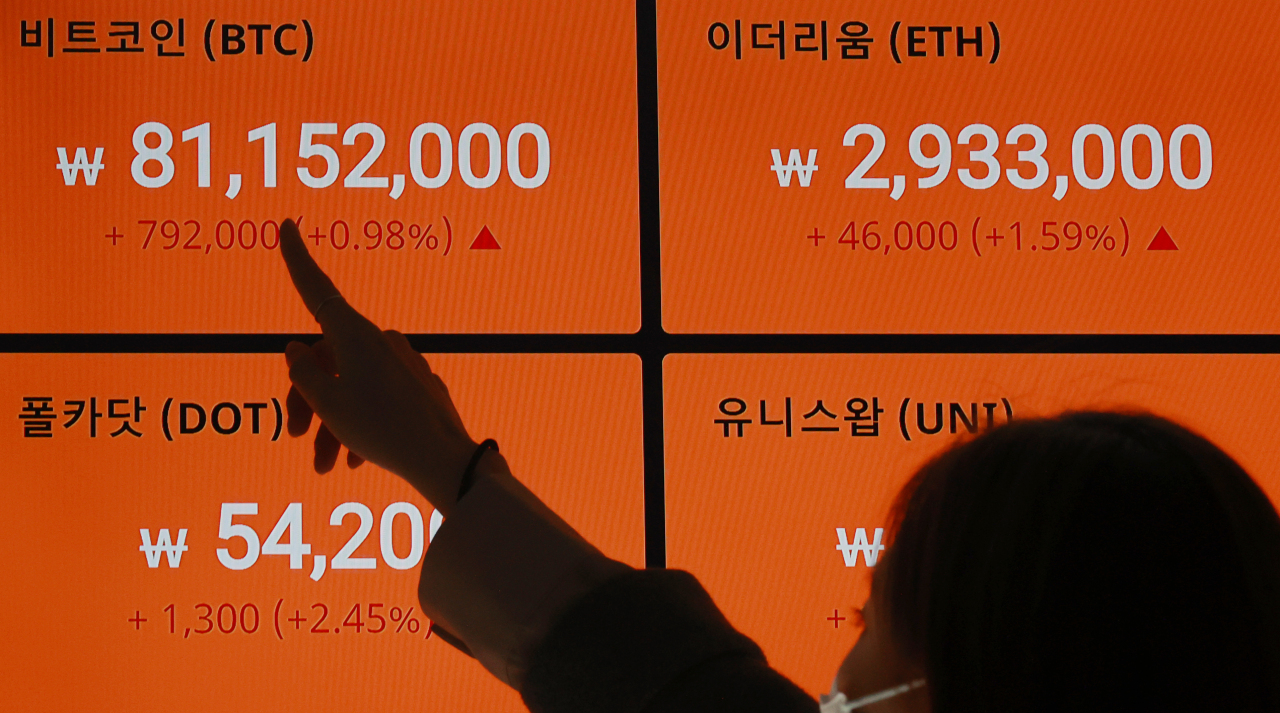 (Yonhap)
The cryptocurrency turnover in South Korea has more than doubled over the past month, a market tracker said Friday, as retail investors scramble to the virtual currency amid the fallout of the coronavirus pandemic.

The combined turnover of 14 cryptocurrency exchanges in Asia's fourth-largest economy came to $21.63 billion as of 4 p.m. Thursday, according to CoinMarketCap.

In particular, the top four exchanges -- Bithumb, Upbit, Corbit and Coinone -- had a combined turnover of $18.85 billion, or 21.1 trillion won, accounting for 83 percent of the total.

The amount was more than double the 11.7 trillion won recorded on the four virtual currency exchanges as of 8 p.m. on March 14.

Industry watchers said the jump in cryptocurrency turnover comes as investors view the virtual currency as a relatively safe asset amid the new coronavirus pandemic.

In contrast to their scramble to cryptocurrencies, individual investors' investment in domestic and overseas equities has dwindled in recent months.

Retail investors' average turnover on the main stock market tumbled to 9.4 trillion won ($8.42 billion) per day in March from 12.2 trillion won a month earlier. The amount edged up to 9.9 trillion won this month.

South Koreans' overseas stock transactions averaged $1.11 billion in the first 13 days of this month, down nearly 39 percent from February, according to the Korea Securities Depository (KSD). (Yonhap)