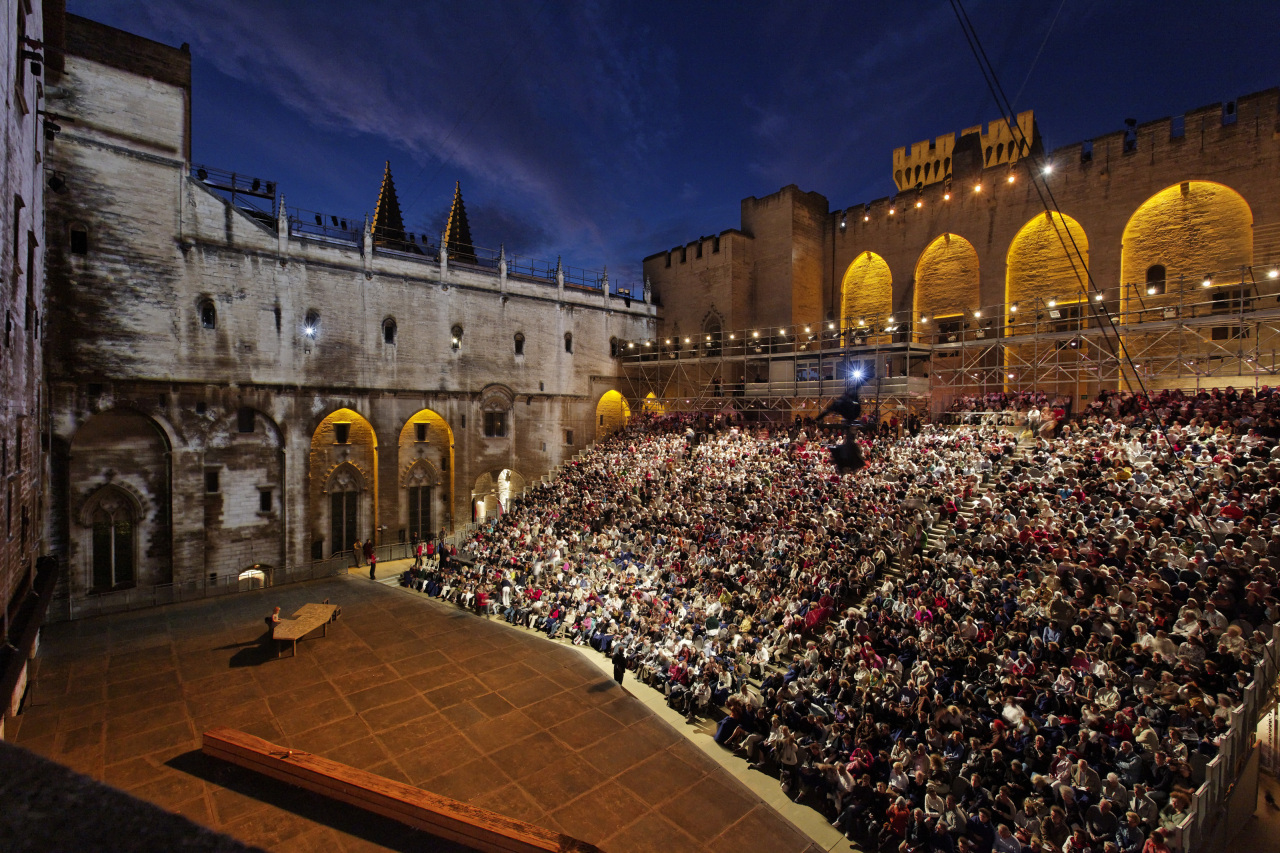 The LG Arts Center is to hold the Avignon Festival Cinema event from April 28 to May 2, screening some works from the famed performing arts festival based in the southern city of France.

The festival, featuring innovative and experimental performing arts shows, garners some 500,000 attendees every summer. It is a prestigious performing arts event, considered alongside the Edinburgh Festival.

The center will screen four signature pieces presented at the Avignon Festival, along with a work recommended by the festival committee. The five pieces will be screened two times per work, making a total of 10 screenings. It is the first time for shows from the festival to be screened in Korea. 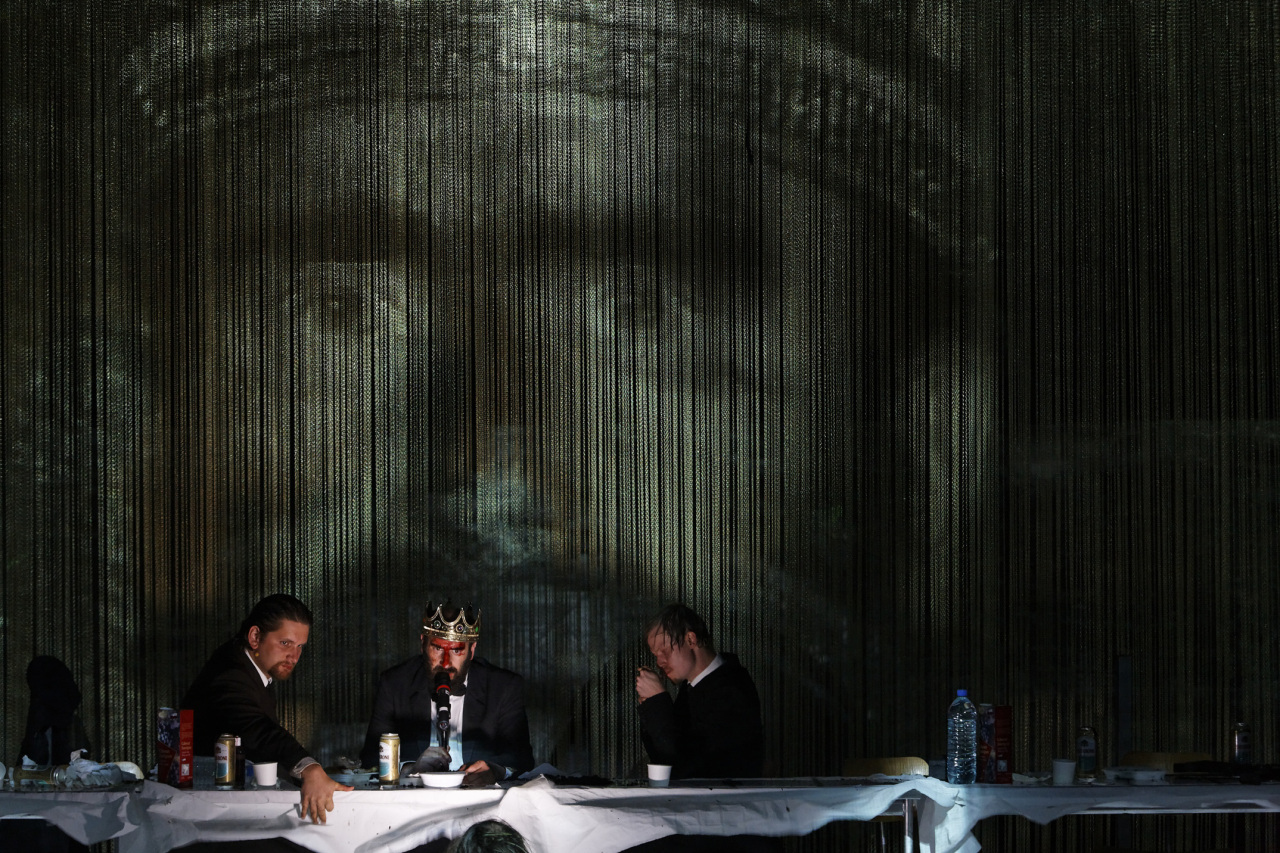 “Hamlet” directed by Thomas Ostermeier and Schaubuhne Berlin (Christophe Raynaud de Lage / LG Arts Center)
One of the screened works is “Hamlet,” directed by Thomas Ostermeier from the Schaubuhne Berlin. The work was presented at the 62nd edition of the festival in 2008. In the play, Hamlet appears onstage with a video camera on his hand and asks the famous question, “To be, or not to be?”

“Thyeste,” directed by the French playwright Thomas Jolly and performed at the 72nd edition of the festival in 2018 will be screened, along with “King Lear” by Olivier Py from the 69th festival in 2015. 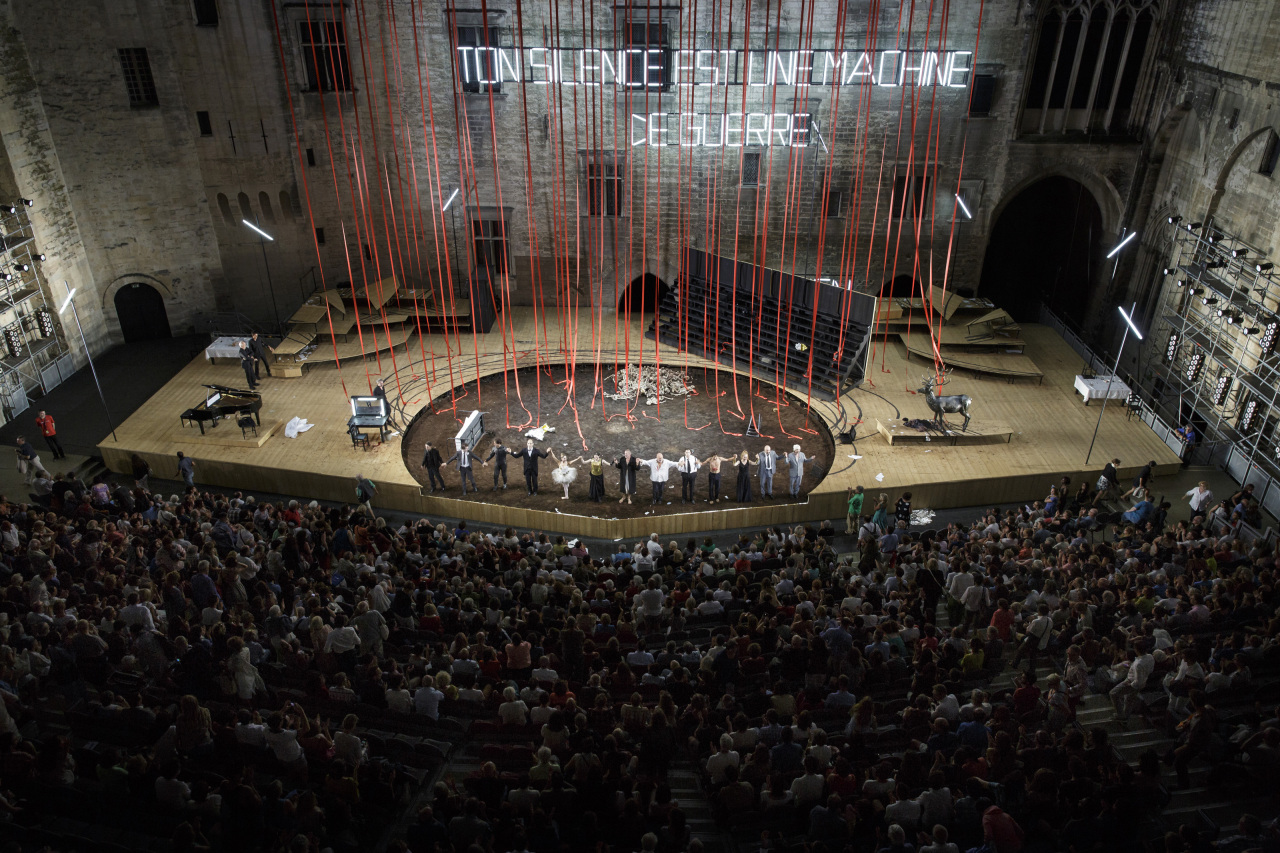 “Cesena” by Anne Teresa de Keersmaeker from the dance troupe Rosas is included in the program. The show was staged at the 65th edition of the festival in 2011, before dawn.

Anne Teresa, an icon of minimalism contemporary dance, produced the show as the prequel to “En Atendant (Waiting)” which was shown at the 2010 festival after dusk.

“Cesena” features music from the 14th-century Avignon area. Nineteen dancers and singers express their emotions onstage without any instrument or objects.

“My Cold Room” is a work that had not been shown at the festival. It had its premiere at the Ateliers Berthier in Paris in 2011. Directed by Joel Pommerat, the Moliere award-winning play was recommended by the festival committee.