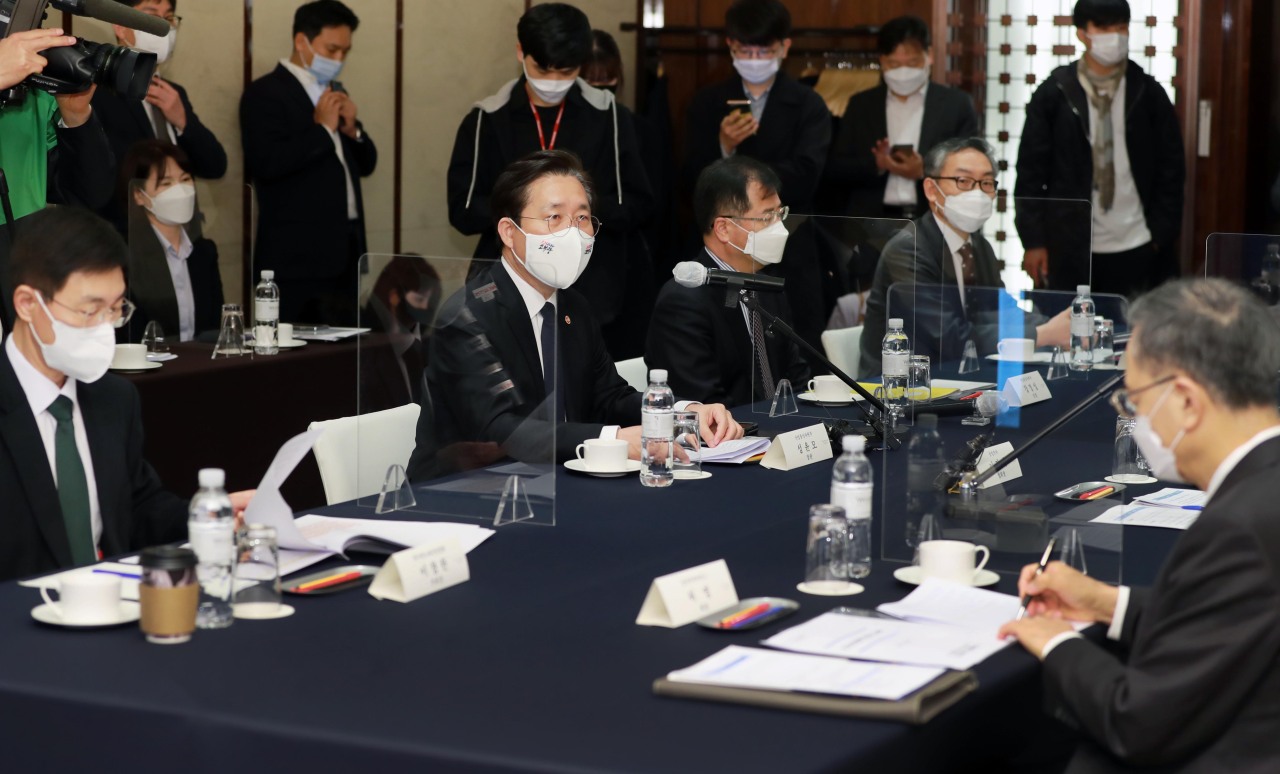 Industry Minister Sung Yun-mo (center, second from left) attends a conference held at the Westin Chosun in central Seoul, Friday.
Local semiconductor companies have called on the government for support, in a bid to expand their production facilities against the backdrop of the prolonged global shortage.

According to the Ministry of Trade, Industry and Energy, a group of industry representatives from the Korea Semiconductor Industry Association met with Minister Sung Yun-mo during a conference held Friday at the Westin Chosun in central Seoul.

The corresponding event came as policymakers and industry officials sought to counter the international semiconductor chip shortage that has recently led to automobile manufacturing suspensions and product delivery delays.

They requested that companies that build new manufacturing or research and development facilities be given tax credits of up to 50 percent. As for those that extend their existing facilities, the related administrative procedures should be expedited, they added.

In an effort to nurture young talent, policymakers should roll out state-led education programs in collaboration with local universities, they also suggested.

“Semiconductors are not only the country’s core industry, but also a crucial requisite for future industries such as artificial intelligence, self-driving vehicles and bio-health sectors,” KISA Chairman Lee said.

During the conference, both industry and government officials agreed that South Korea’s stable supply of semiconductor products to the global market could help counter the chips shortage as well as contribute to recovery of the global economy.