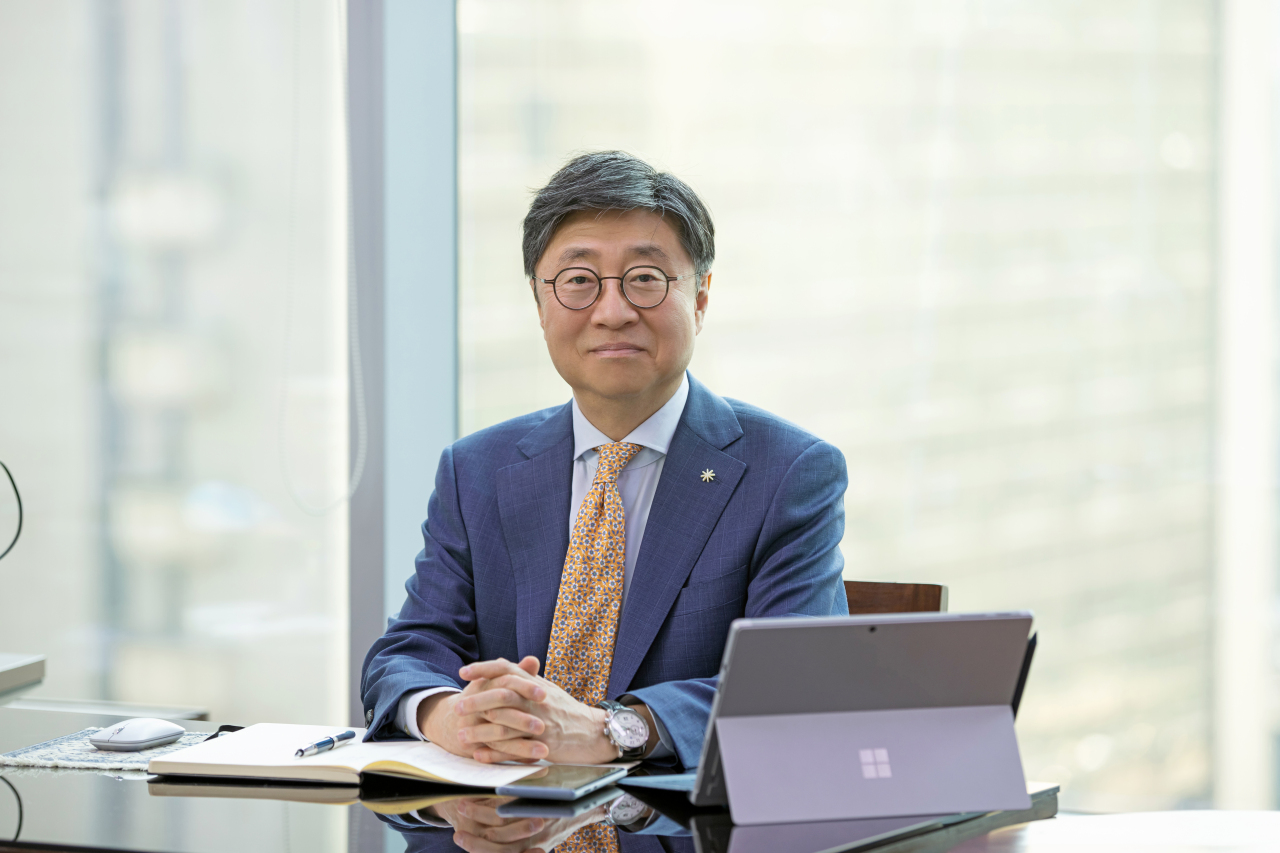 When it comes to new drug development, South Korea has built strength in cancer treatment fields, but it lacks attention to infectious disease treatments, said the country’s point man on new drug development support.
“The local infectious diseases pipelines account for around 9 percent of the total, compared to around 18 percent of the global drug market. The area has been less developed largely as the country has been considered as being relatively safer from infectious diseases than other countries,” said Mook Hyun-sang, chief of the state-run Korea Drug Development Fund since 2016, in an interview with The Korea Herald.

The COVID-19 pandemic has forced the government, academia and local pharmaceuticals to look into the area and make investment commitments, which he said is an encouraging sign in terms of preparation for the next health crisis, as well as the advancement of the local drug industry as a whole.

To really succeed in the global market, local firms should be armed with a global market perspective and global business partnerships and expand their horizons to new areas of research where the future of medicine may lie, Mook stressed.

“If the bio-health industry in the past was marked by drugs produced through chemical synthesis or antibody-drug conjugate in more recent years, these pharmaceutical areas are relatively approachable to local drug developers as even global players started to explore the areas in recent years,” Mook said.

Mook, before taking charge of the Korea Drug Development Fund, ran a drug firm for 10 years.

For the latest installment of the 10-year program that will run through 2030, the government has set aside 150 billion won ($132 million), 4.5 times greater than that provided to its previous 10-year cycle.

The goal of the KDDF is to help produce 60 out-licensing contracts and four commercialization approvals from the US Food and Drug Administration or the European Medicines Agency.

The KDDF also aims to help give birth to a blockbuster drug, which Mook described as the Pak Se-ri drug.

The South Korean professional golf player was a breakout star of the 1998 US LPGA season, winning two of the four major titles as a rookie. She is largely credited for paving the way for other local players to challenge global champions.

Stressing the importance of a global perspective, he cited the case of Japan’s Takeda Pharmaceutical, which in the 1970s and ‘80s made strategic moves aimed at global expansion.

“Takeda in 1977 built a joint venture TAP Pharmaceuticals with Abbott Laboratories in Chicago. Takeda had financial resources but lacked detailed know-how to enter the global pharmaceutical market, including the US market. Through this joint venture, Takeda learned a great deal from the Chicago-based medical devices and health care company,” Mook said.

Local firms, too, should seek such opportunities with global bio-health giants as they lack both resources and experience in the global market, especially when developing novel drugs and go through phase three clinical study.

One of the successful collaboration cases was Yuhan’s lung cancer treatment lazertinib. Yuhan licensed lazertinib from Oscotec in 2015 and conducted clinical trials with Yonsei University College of Medicine. The KDDF here helped with financing, Mook explained.

Yuhan later licensed lazertinib out to Janssen in 2018 for 1.4 trillion won. Janssen has the rights to the drug in countries excluding Korea, and is currently conducting a global phase 3 trial to use it as an independent treatment and a combination therapy with existing drugs.

Mook said the partnership among Yuhan, Oscotec and Yonsei University is a preferable partnership model that the KDDF aims to forge more of in the future.

Local drug developers should do more than just out-licensing their technologies. They need to be directly involved in phase 3 clinical studies and try to commercialize their products in the global market on their own if they want to yield higher profits, he said.

When executing phase 3 trials, they lack largely three things: Financial resources, experience and network. “This is where the KDDF will offer support to invite global players,” he said.

“When printed, the total volume of documents needed for a US FDA approval and commercialization, could easily fill up an 8-ton truck. Global pharmaceutical companies have hundreds and thousands of workers who are specialized in dealing with such paperwork. But, there is no local company that can handle such a workload or experience in the area,” the official said.

The KDDF will work as a bridge that would connect local and foreign drug developers, through which the former can receive help to launch their drugs in foreign countries, while the latter could save their resources in developing drugs and materials that have finished phase 1 and 2 clinical studies. The two entities can share profits from new drugs and agents.

The KDDF plans to hold discussions with over 30 bio-health giants around the globe to seek potential partnership opportunities, according to Mook.

He added that the KDDF can offer financial support to local developers only up to the phase 2 clinical study, due to the World Trade Organization’s Subsidies Agreement.

To lead investment in new drug candidates in the phase 3 trial stage and avoid potential trade disputes, the government will introduce a megasized fund in the future, Mook also added.