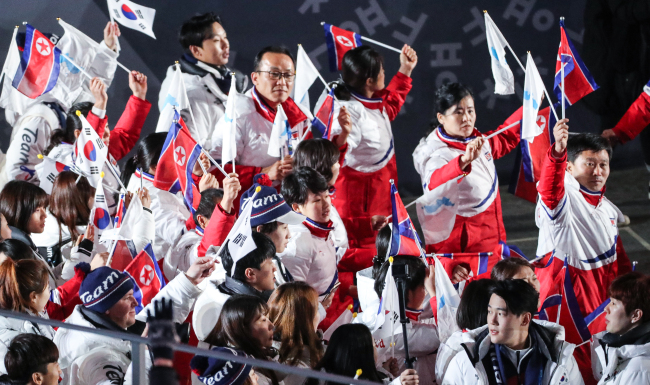 (Yonhap)
North Korea said Tuesday it will not participate in the upcoming Tokyo Summer Olympics to protect its athletes against the coronavirus pandemic, dashing South Korea's hopes to use the games to kickstart the stalled peace process with Pyongyang.

The decision was made during a general assembly meeting of the North's Olympic Committee held in Pyongyang on March 25, according to Sports in the DPRK Korea, a website on sports affairs in North Korea.

"The Democratic People's Republic of Korea has decided not to participate in the 32nd Olympic Games during the general assembly to protect our athletes from the global health crisis situation related to the coronavirus as proposed by committee members," the website said.

State media earlier reported that the North held the meeting via video links to discuss "practical issues linked to actively organize public sport events," but did not announce the decision not to participate in the Tokyo Olympics set to kick off in July.

South Korea has hoped to use the sports event as a major chance to engage with Pyongyang amid stalled cross-border dialogue as was the case with the North sending athletes to the 2018 PyeongChang Winter Olympics, which led to the historic first-ever summit between North Korean leader Kim Jong-un and then US President Donald Trump.

North Korea has claimed to be coronavirus-free but has placed tight border controls and taken other antivirus measures to ward off an outbreak in the country since early last year.

"We support Japan's hosting of the Olympics with anti-coronavirus measures, and as the Olympics is a festival of world peace, and there is time left ahead, we hope that North Korea will participate," ministry spokesperson Choi Young-sam said in a press briefing.

"We had hoped that the Olympics could serve as an opportunity to make progress in inter-Korean reconciliation and cooperation and to bring peace on the Korean Peninsula and it is a disappointment that this has become unlikely due to the COVID-19 situation," a ministry official said.

This marks the first Summer Olympics that the North will skip since the 1988 Seoul Olympics. (Yonhap)