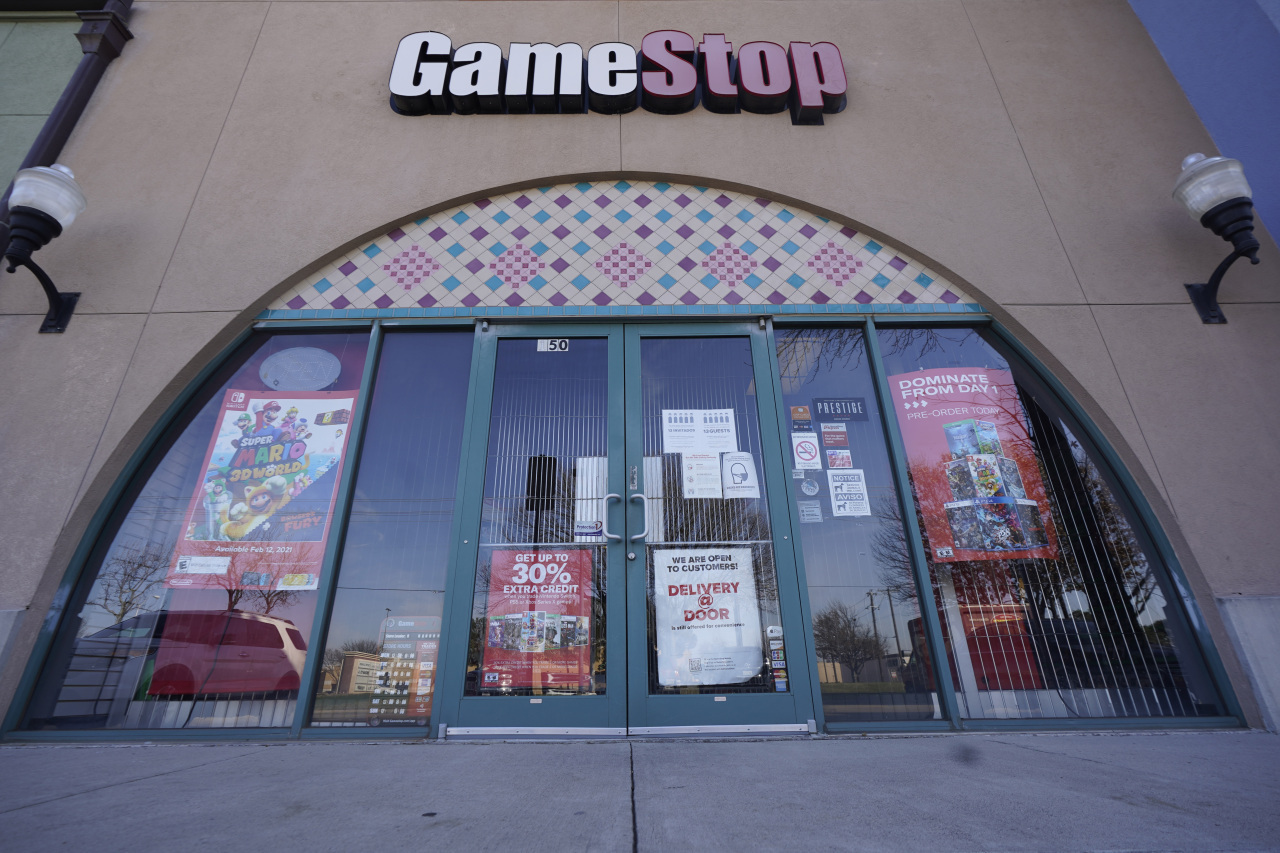 The image shows a GameStop storefront. (AP-Yonhap)
Two months after a market phenomenon took shares of GameStop to the moon, the video game retailer said Monday that it will sell up to 3.5 million of its shares with the price still vastly elevated.

The company said the shares will be sold through an "at-the-market" offering, which lets a publicly traded company raise capital over time.

A bizarre stand-off between hedge funds that had heavily shorted GameStop, betting that the price of shares would fall, and smaller investors who challenged them, sent shares of the beleaguered company soaring early this year.

Market pundits had urged the company to put more shares on the market as the price of a share, which had hovered around $20 each, spiked close to $500. Such a stock sale would have allowed to company to pay down hefty debts that it had accumulated as a technology shift led gamers to spend money online, rather than in GameStop stores.

And two weeks ago, GameStop  disclosed in a filing with the Securities and Exchange Commission that it actually had been considering such a sale since January.

Shares skyrocketed 1,625 percent in January as bands of smaller and novice investors communicating on social media hyped up the retailer's stock, putting pressure on hedge funds to sell in a "short squeeze" that only sent the stock price higher.

Share typically slide, however, when a share sale is announced because it can water down the value of shares already in investors' hands. That happened before the opening bell Monday, with shares sliding almost 16 percent. But a share still costs more than $161, meaning prices are still up more than 900 percent this year.

The company, based in Grapevine, Texas, also said Monday that preliminary fiscal first-quarter to-date global sales are up about 11 percent from a year ago, a period when the pandemic slammed the US and retailers like GameStop were forced to close its stores. (AP)