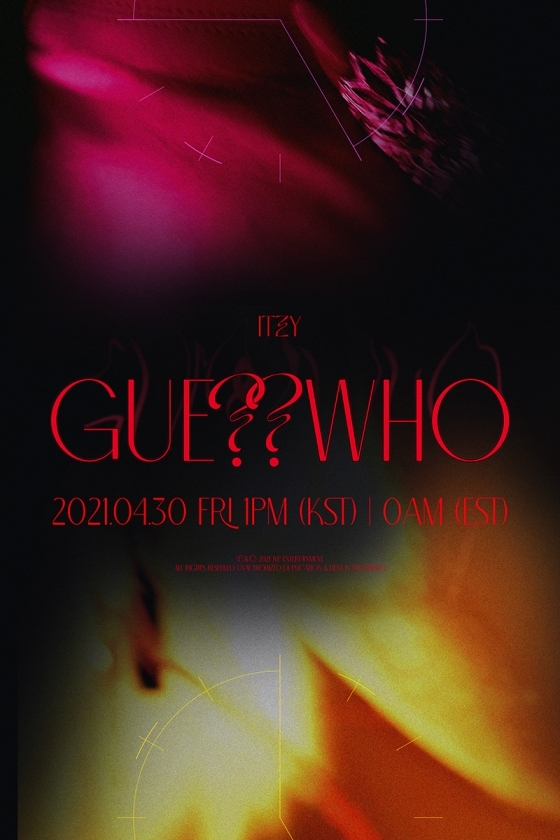 (Credit: JYP Entertainment)
ITZY took fans by surprise on Sunday when a poster announcing that it will put out a new album titled “Guess Who” on April 30 was uploaded to social media.

It has been eight months since the group’s last EP, “Not Shy.”

“Keep up your expectations as our new music will be a series of surprises for you,” the band said in a recent interview with Forbes.

The quintet held a live fan meet event over the weekend and presented “Midzy,” a song dedicated to their fans, who are known by the same name. The group also made an English version of the song and released it as the second track of the single album online.

“We will be back with the news you have been most waiting for,” the group said at the end of the event. 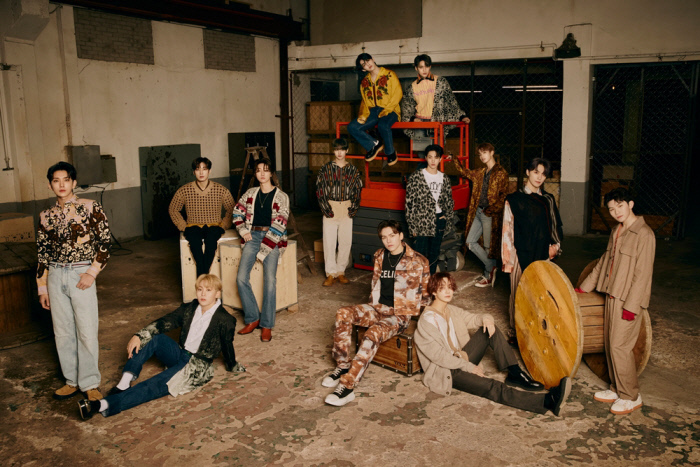 The song, the title of which translates to “You are not alone,” sings about the courage and determination of young people with their eyes set on their dreams, and sends support to their peers. The group also promises to meet their fans again soon.

The bandmates decided to release part of the song reflecting their eagerness to reach out to their fans as early as possible. Some of the videos uploaded on the band’s page will be made into a special version of the song’s music video.

Seventeen debuted in Japan in 2018 and its second Japanese EP “24H” was named as one of the three best albums in Asia at the 35th Japan Gold Disc Awards. The third single “Hitorijyanai” will be released on April 21 and the band will host an online fan meet and talk show for its Japanese fans the following week.

Astro shows off a colorful side 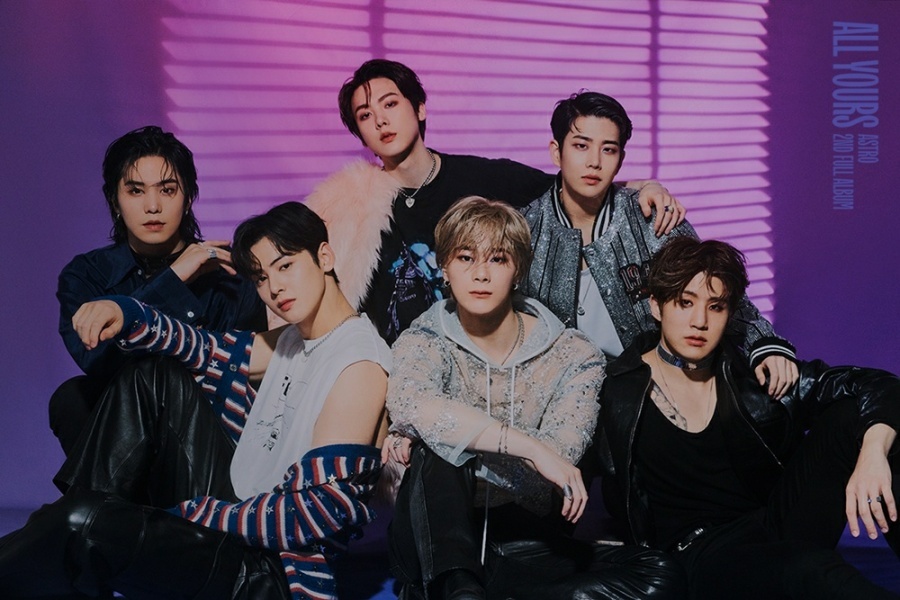 (Credit: Fantagio Music)
Astro announced the name of the title track -- “One” -- from its upcoming second studio album “All Yours.”

For the LP that will be unveiled on April 5, the group presented three different concepts, each with its own color. In the “You” version, the six members exude sexy charisma against red background, while they look fresh in jeans for the blue “Me” version. For “Us,” they are dreamy and swathed in their official color, purple.

This will be the first time in about 10 months that all six members are back together. The bandmates have been pursuing their own careers in a range of areas such as drama, musical and variety shows.

Individual concept photos and a string of teasers will be released leading up to the day the album comes out. And the band will give fans a taste of the forthcoming album at an online fan meet event slated for next week. 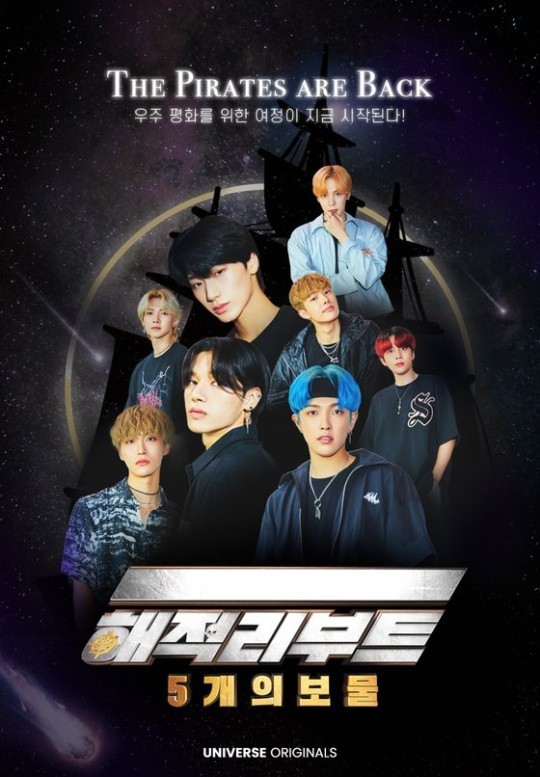 (Credit: Universe)
Ateez began a variety show of their own that airs on Universe, a media platform developed by NCSoft’s entertainment arm Klap, on Monday.

In the show titled “Pirate Reboot: The Five Treasures,” the eight bandmates turn into pirates and sail across the sea of the universe. In the first episode, they are running a guest house after their pirate license has been revoked after getting caught rooting out bad guys. While cleaning a guest room, however, they come across a mysterious box.

The band recently put out its sixth EP “Zero: Fever Part 2” and the EP landed at the top of the iTunes top albums charts in 36 regions. The EP sold over 300,000 units in the first order, a record for the group. The album and the title track “I’m The One” also entered Billboard’s World Digital Song Sales Chart and World Albums Chart.