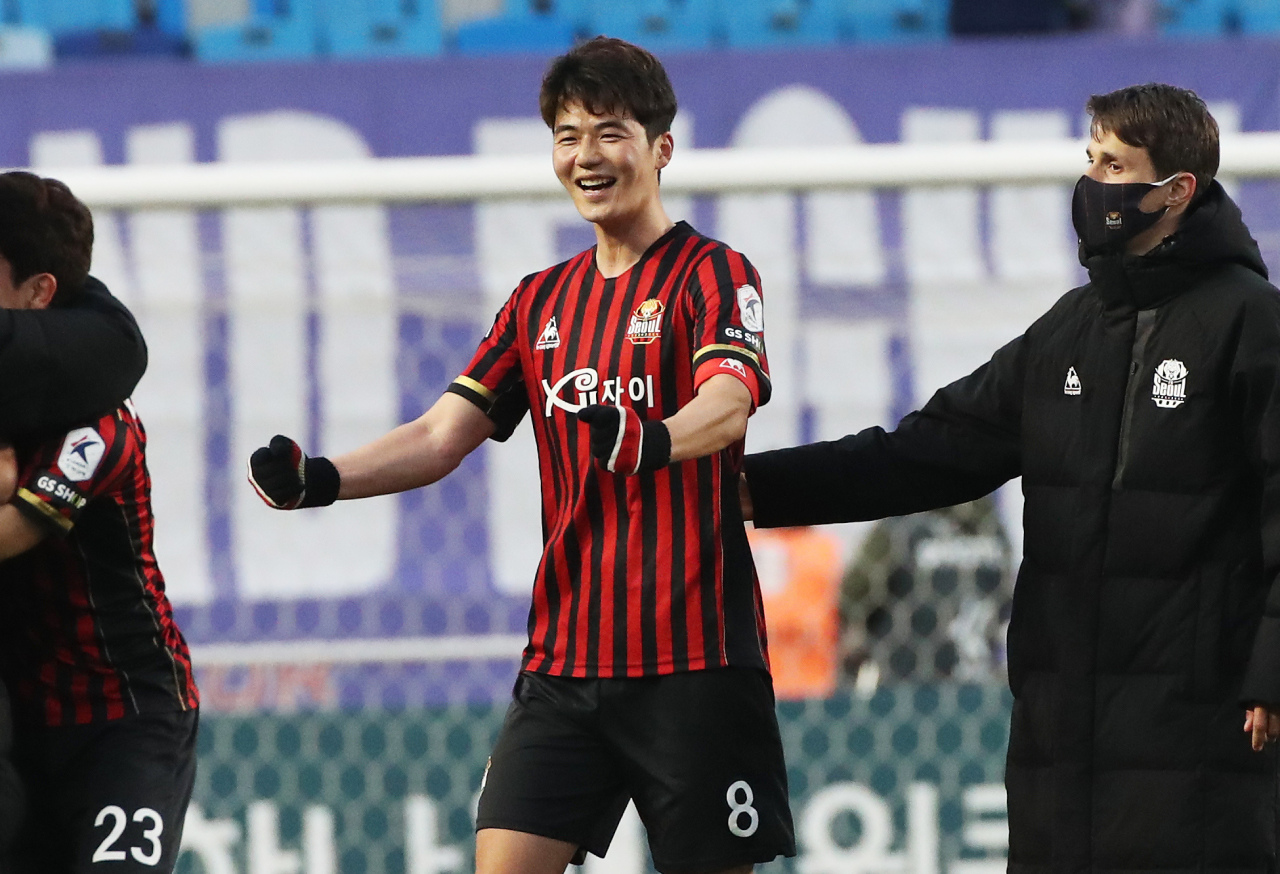 Ki Sung-yueng of FC Seoul (C) celebrates his club's 2-1 victory over Suwon Samsung Bluewings in K League 1 action at Suwon World Cup Stadium in Suwon, 45 kilometers south of Seoul, on Saturday. (Yonhap)
South Korean football star Ki Sung-yueng has filed a claim for damages against two former teammates who have accused him of sexual assault from over 20 years ago.

Ki's legal representative, Song Sang-yeop of the Seoul-based law firm Seopyeong, put out a press release on Monday, announcing that Ki is seeking 500 million won ($442,530) in compensation for damages caused by what Ki has said are false accusations against him.

Song said the claim was filed at the Seoul Central District Court. Separately, the lawyer submitted a criminal complaint at Seocho Police Station in southern Seoul.

The two individuals claimed on Feb. 24 that a teammate of theirs had sexually and physically assaulted them while the there were playing on the same elementary school team between January and June in 2000. Though they didn't name anyone, the statement from their legal representative included enough details to make it obvious that Ki was being accused of those acts.

Ki has since denied those charges on multiple occasions. Ki's lawyer demanded the two accusers present evidence of sexual assault that they claimed they had. The two responded that they would only do so if Ki filed a suit and took the matter to court.

Ki's camp obliged on Monday, setting in motion what's expected to be a long legal battle.

These off-field distractions have seemingly had little effect on Ki's performance for his K League 1 club, FC Seoul. The club captain has scored in three straight matches, and FC Seoul have won all three of them to climb to second place on the league table with 12 points from four wins and two losses. (Yonhap)