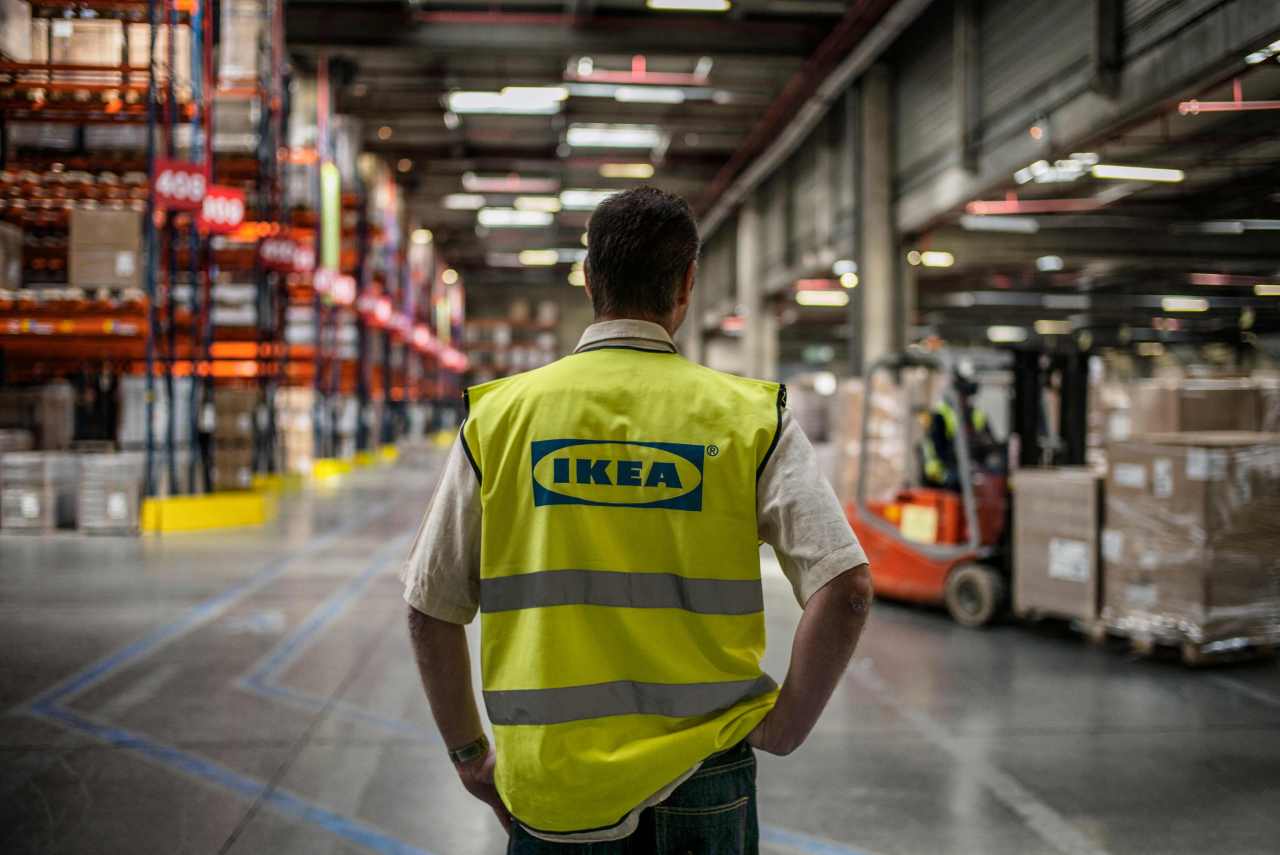 In this file photo taken on Thursday, an employee is at work at a warehouse of world`s largest furniture retailer Ikea in Saint-Quentin-Fallavier. (AFP-Yonhap)
VERSAILLES, France (AFP) -- The French branch of Swedish retailing giant Ikea goes on trial Monday accused of running an elaborate system to spy on staff and job applicants using private detectives and police officers.

Ikea France, as a corporate entity, will be in the dock as well as several of its former executives who risk prison terms.

French investigative publications Le Canard Enchaine and Mediapart uncovered the surveillance scheme in 2012, and prosecutors got on the case after the Force Ouvriere union lodged a legal complaint.

Prosecutors say Ikea France set up a "spying system" across its operations across the country, collecting information about the private lives of hundreds of staff and prospective staff, including confidential information about criminal records.

Since the media revelations broke the company has sacked four executives, but Ikea France, which employs 10,000 people, still faces a fine of up to 3.75 million euros ($4.5 million).

The 15 people also appearing before the court in Versailles near Paris include former store managers and top executives such as former CEO Stefan Vanoverbeke and his predecessor, Jean-Louis Baillot.


'Get rid of that person'

At the heart of the system is Jean-Francois Paris, Ikea France's former director of risk management.

Prosecturs say he regularly sent lists of names to be investigated to private investigators, whose combined annual bill could run up to 600,000 euros, according to court documents seen by AFP.

The court is investigating Ikea's practices between 2009 and 2012, but prosecutors say they started nearly a decade earlier.

Among their targets was a staff member in Bordeaux "who used to be a model employee, but has suddenly become a protester," according to an email sent by Paris. "We want to know how that change happened," he said, wondering whether there might be "a risk of eco-terrorism."

In another case, Paris wanted to know how an employee could afford "to drive a brand-new BMW convertible."

Such messages usually went to Jean-Pierre Fources, the boss of surveillance company Eirpace. He would then send Paris confidential information which prosecutors say he got from the police database STIC with the help of the four officers.

Prosecutors say the information flow may even have gone both ways, with an internal Ikea France document recommending handing over its report about an employee to police "to get rid of that person via a legal procedure outside the company."

Emmanuel Daoud, a lawyer for Ikea France, acknowledged that the case had revealed "organisational weaknesses" at Ikea France.

He said it had since implemented an action plan, including a complete revamp of hiring procedures.

"Whatever the court rules, the company has already been punished very severely in terms of its reputation," he said.

Founded in 1943, Swedish multinational Ikea is famous for its ready-to-assemble furniture, kitchen appliances and home accessories which are sold in around 400 stores worldwide.