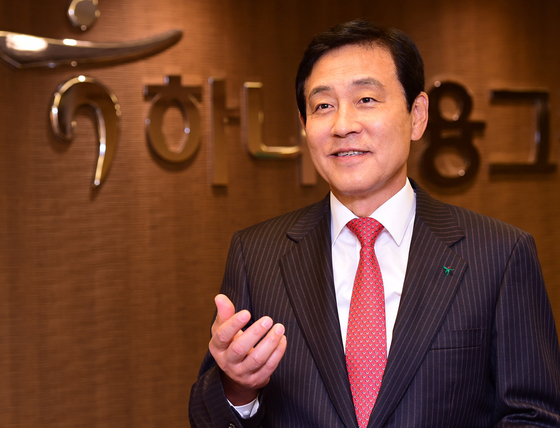 Kim Jung-tai, the incumbent chairman of Hana Financial Group, was officially tapped by board members to lead the banking giant for another year, the group said Thursday.

Hana Financial Group’s recommendation committee for CEO nominations had recommended Kim as the sole candidate for the next president, allowing him to clinch a fourth term in office.

Once the appointment is confirmed during a general meeting of stockholders and board of directors slated for March, Kim becomes the country’s longest-serving chief of a financial group.

“I will commit myself to leading the group to overcome internal and external uncertainty triggered by the COVID-19 crisis and stabilizing the organization of the group,” Kim said.

Kim, 69, who joined Hana Bank as a founding member in 1992, was elected as Hana Financial Group Chairman in March 2012 after serving key roles, including Hana Bank CEO in 2008. He was reappointed as the group‘s chief in 2015 and 2018, respectively.

His fourth term will only last for a year, not three years, due to the group’s internal regulation stipulating that its chairman cannot be older than 70.