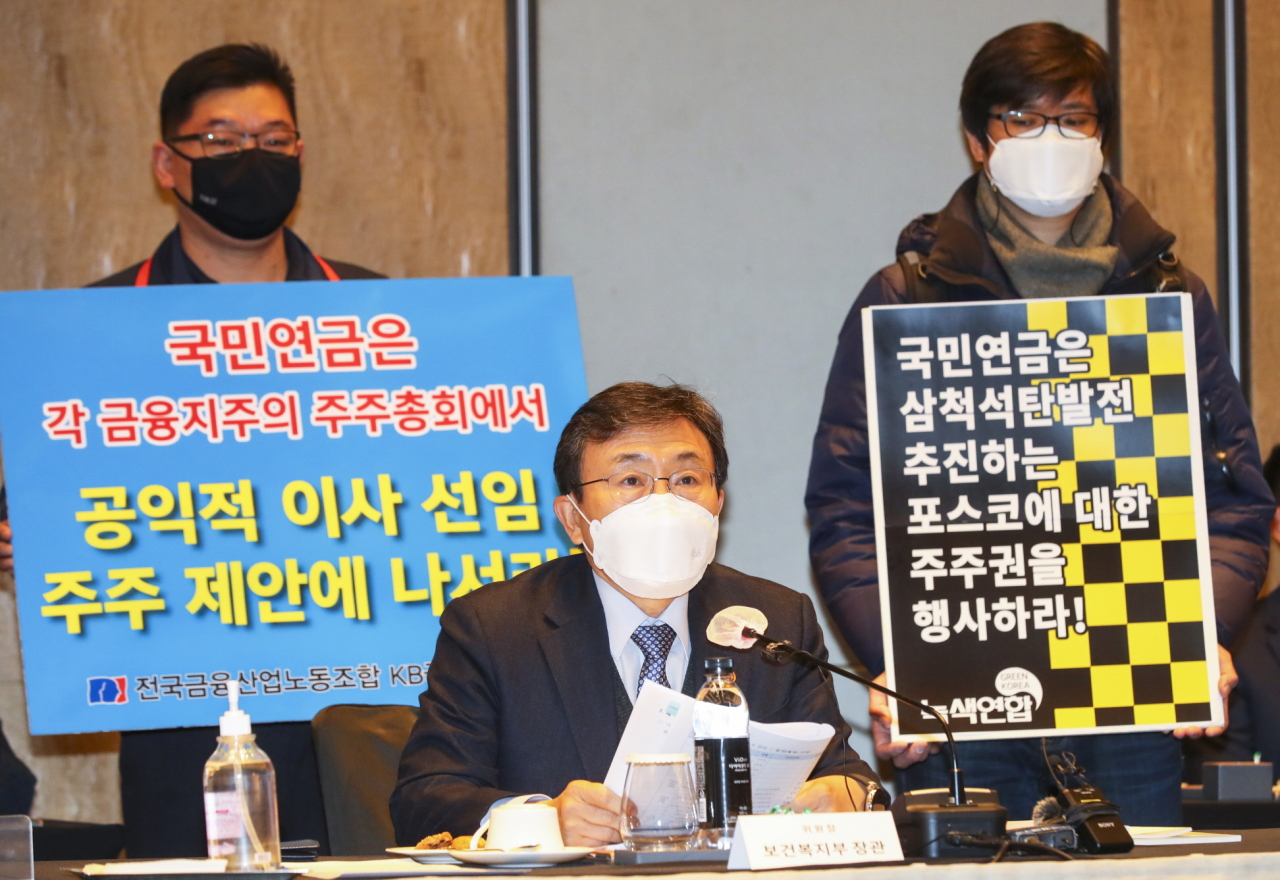 Health Minister Kwon Deok-chul, who chairs NPS’ Fund Management Committee, added that the world’s third-largest pension fund was managing 833.7 trillion won worth of assets as of end-2020, in a committee meeting held in Seoul. The estimate will be finalized in June, according to NPS.

This is the second-biggest annual rate of return over the past decade, following 2019's 11.31 percent gain.

During the monthly meeting, NPS’ independent subcommittee on fiduciary responsibility reported on its review of the FMC’s January proposal of board member candidates for portfolio companies exposed to negative issues regarding environmental, social and governance factors.

Proxy adviser Sustinvest said in a report Wednesday that NPS is unlikely to exercise its shareholder activism as a “general investor” this year. Under the Korean rules, a shareholder who identified itself as a general investor is eligible to offer to revise company’s articles of association to improve corporate governance and have a say in dividend payouts and executive salaries.

NPS was a blockholder of 83 listed companies in Korea with more than 5 percent voting rights as a general investor, but it has yet to shortlist companies publicly under a “focus list” to take graver actions against companies that need improvement in management, according to Sustinvest.

“Given that a shareholder must submit its proposal six weeks prior to the shareholder meeting, a shareholder proposal by NPS appears to be impractical for 2021,” wrote Cho Dae-hyun, senior analyst at Sustinvest.

Cho, however, added that NPS’ shareholder proposal must be made in a prudent manner, so that it could later be “a bigger blow to the companies that need improvement” than negotiations behind closed doors, Cho added.