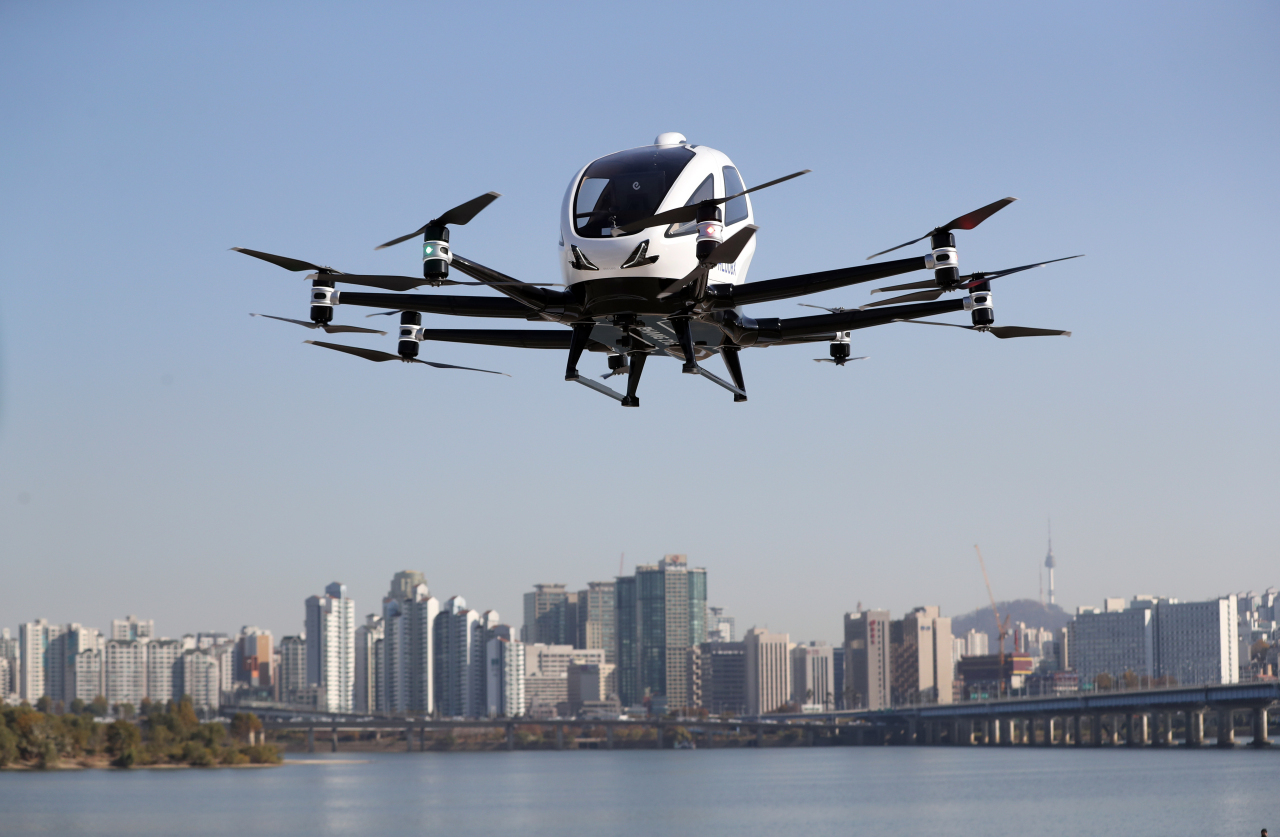 A two-seater drone taxi from China’s EHang flies without personnel on board at a demonstration flight event hosted by the Seoul Metropolitan Government and the Ministry of Land, Infrastructure and Transport on Nov. 11, 2020. (Yonhap)
South Korean investors holding $550.3 million worth of shares in Chinese drone maker EHang Holdings appear to be left in disarray as the Nasdaq-listed firm’s stock price plummeted on a short seller report on Tuesday.

EHang Holdings was the ninth-largest stock listed on the United States bourse to be in custody of the Korea Securities Depository until last week, according to the latest data by the KSD.

It was also the seventh-most active US-listed stock this year, as Korean individuals and corporate investors traded $804.3 million EHang shares from January until Friday. As a result, Koreans have net bought $93.3 million worth of EHang shares during the same period.

This comes as the Guangzhou-based autonomous aerial vehicle maker plunged 62.7 percent during the Tuesday session following a report by Wolfpack Research before it shorted the stock. Its $4.2 billion market cap evaporated in a single day.

Wolfpack Research alleged that EHang was “built on largely fabricated revenues based on sham sales contracts.” The drone maker has made “false claims of commercial approval of its vehicles” by regulators in China, US, Canada and Europe, while its primary purported customer Shanghai Kunxiang Intelligent Technology has “exaggerated physical presence,” the report said.

Before the short seller took aim at it, EHang was one of the US stocks that showed stellar performance. From January until Friday, EHang shares rose nearly sixfold. The Monday session was closed in observation of the Presidents’ Day federal holiday.