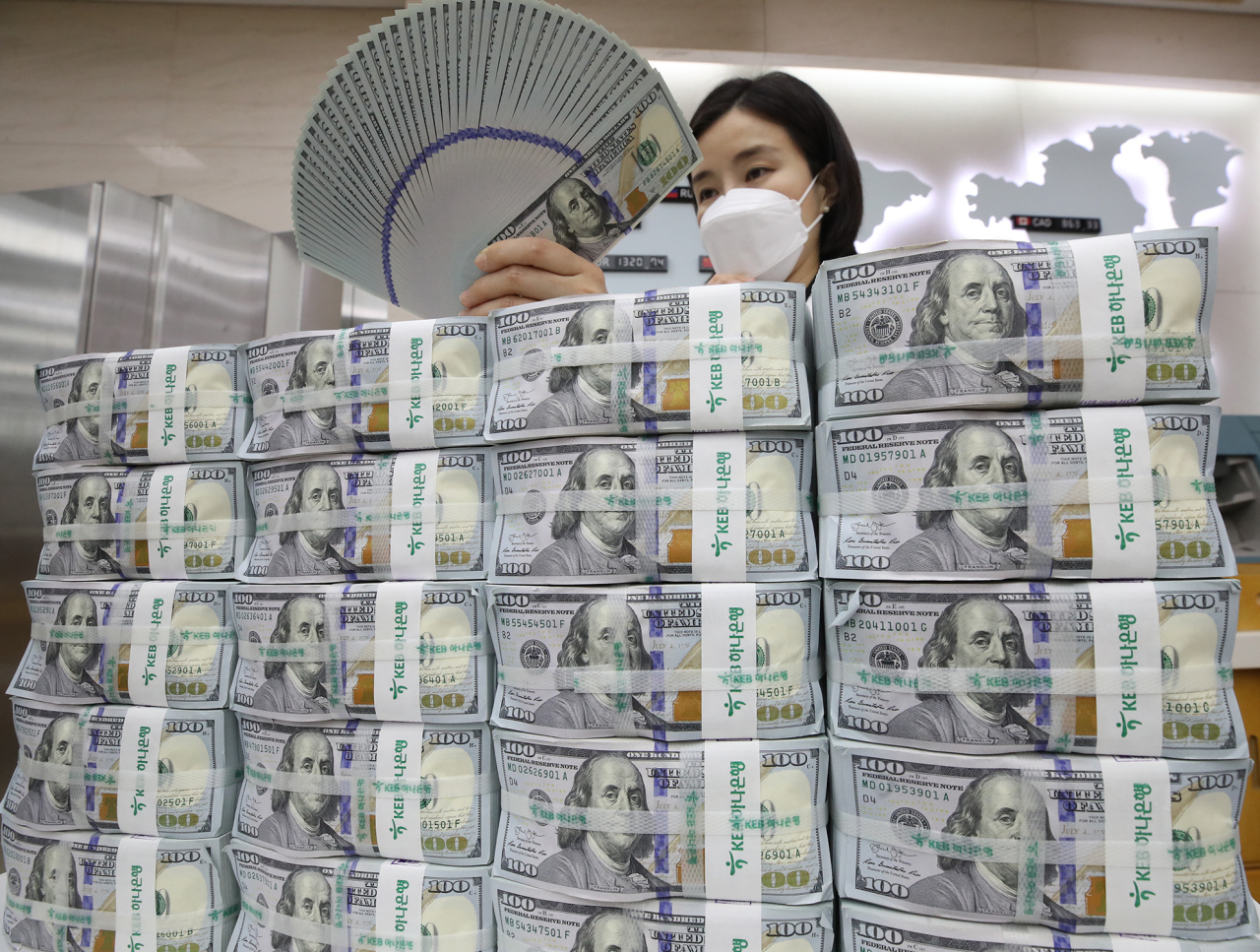 This file photo shows a Hana Bank official in Seoul inspecting US banknotes before their release into the local financial market. (Yonhap)
South Korea's foreign reserves edged down in January due to the US dollar's strength, which trimmed the value of non-US dollar foreign reserves, central bank data showed Wednesday.

The nation's foreign reserves came to $442.7 billion as of end-January, down $370 million from a month earlier, according to the Bank of Korea (BOK).

It marked the first monthly decline since last March, with the nation's foreign reserves having risen for the ninth consecutive month in December.

The country's FX reserves had risen every month since April last year after dropping by the largest amount in over a decade in March amid the COVID-19 pandemic-caused market rout.

Foreign securities came to $404.5 billion as of end-January, down $5.21 billion from the previous month and accounting for 91.4 percent of the FX reserves.

As of the end of December last year, South Korea was the world's ninth-largest holder of foreign exchange reserves. (Yonhap)