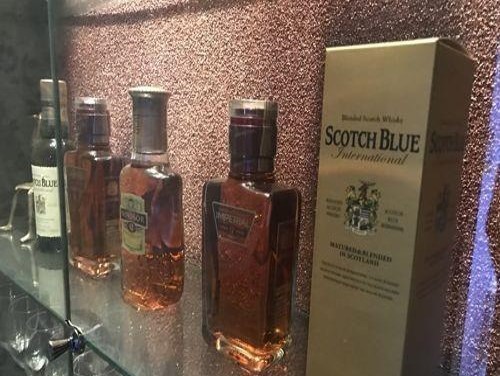 Scotch Blue whisky (Yonhap)
South Korea's imports of whisky plunged to a 21-year low in 2020 due to the coronavirus pandemic and a change in alcohol consumption here, government data showed Tuesday.

The value of whisky imports amounted to $132.5 million last year, down 13.9 percent from the previous year, according to the data from the Korea Customs Service.

It was the lowest level since the $115.9 million recorded in 1999 in the wake of the Asian financial crisis.

South Korea's whisky imports had been on the skids since peaking at $270.3 million in 2007.

The downturn also follows the implementation of the country's draconian anti-graft law in 2016 and a 52-hour workweek in 2018.

The tumble in South Korea's whisky imports thus made a big dent in performances of foreign whisky makers' local subsidiaries.