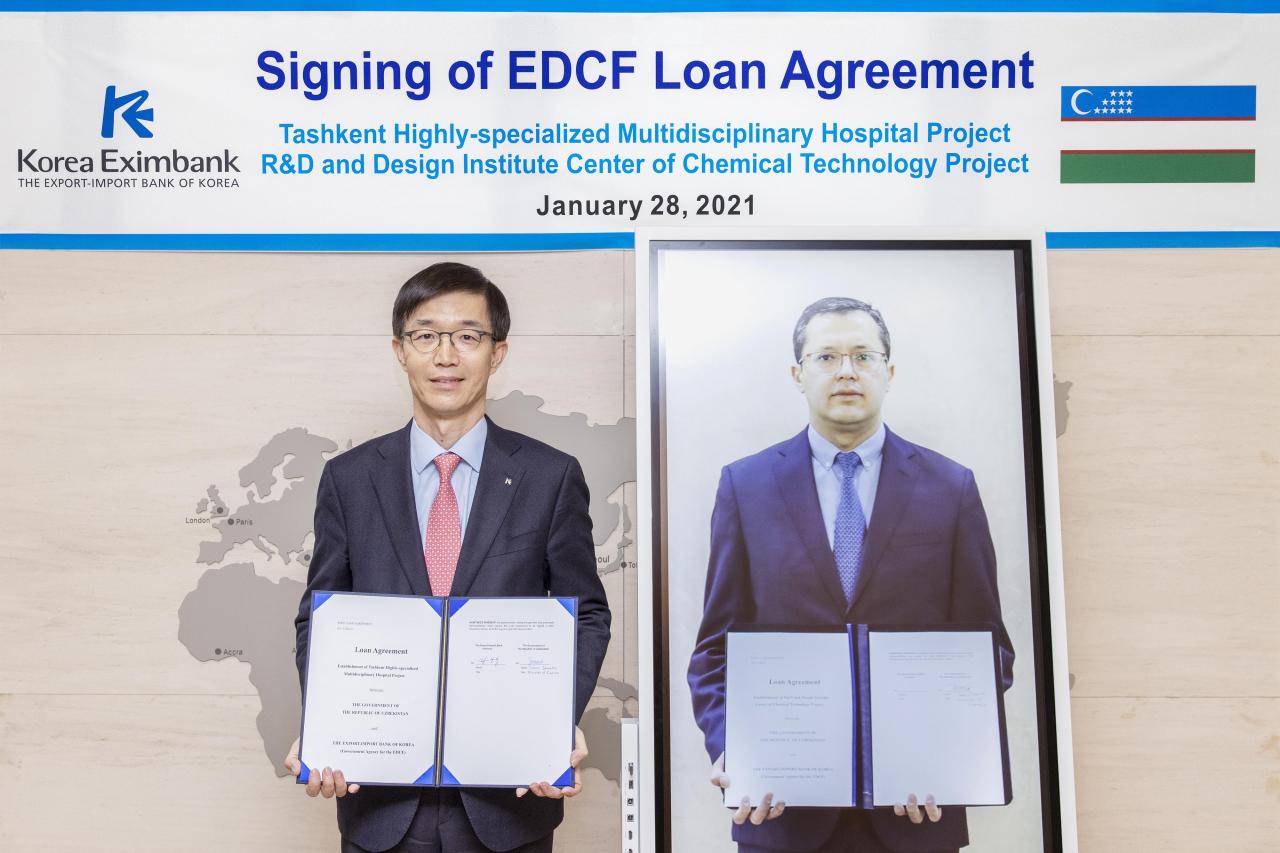 Eximbank CEO Bang Moon-kyu stands next to a digital screen showing Finance Minister Timur Ishmetov in an online event marking the state-run policy lender’s loan deal with the Uzbek government held Thursday. (Eximbank)
The Export-Import Bank of Korea said Friday it had agreed to extend a $160 million loan as part of the Economic Development Cooperation Fund to Uzbekistan to build a hospital and a research and development center there.

Of the total loan, $120 million would be funneled to the construction of a general hospital in Tashkent, while $40 million would support the establishment of a chemicals R&D center.

The R&D center would focus on development of products, fuel and materials utilizing Uzbekistan’s resources, including natural gas.

Eximbank uses the EDCF to support industrialization and economic growth in developing countries as well as to promote bilateral economic exchanges.

In 2014, Eximbank extended a loan worth $1 million to the Uzbek government for the establishment of the central Asian nation’s first children’s hospital. It plans to expand its cooperation with Uzbekistan by financially supporting upcoming projects, including the launch of a cancer institute and a pharmacy school.

“Uzbekistan is a key partner of our New Northern Policy and we will expand our partnership centered on the health and medical sectors,” Eximbank CEO Bang Moon-kyu said in a statement.