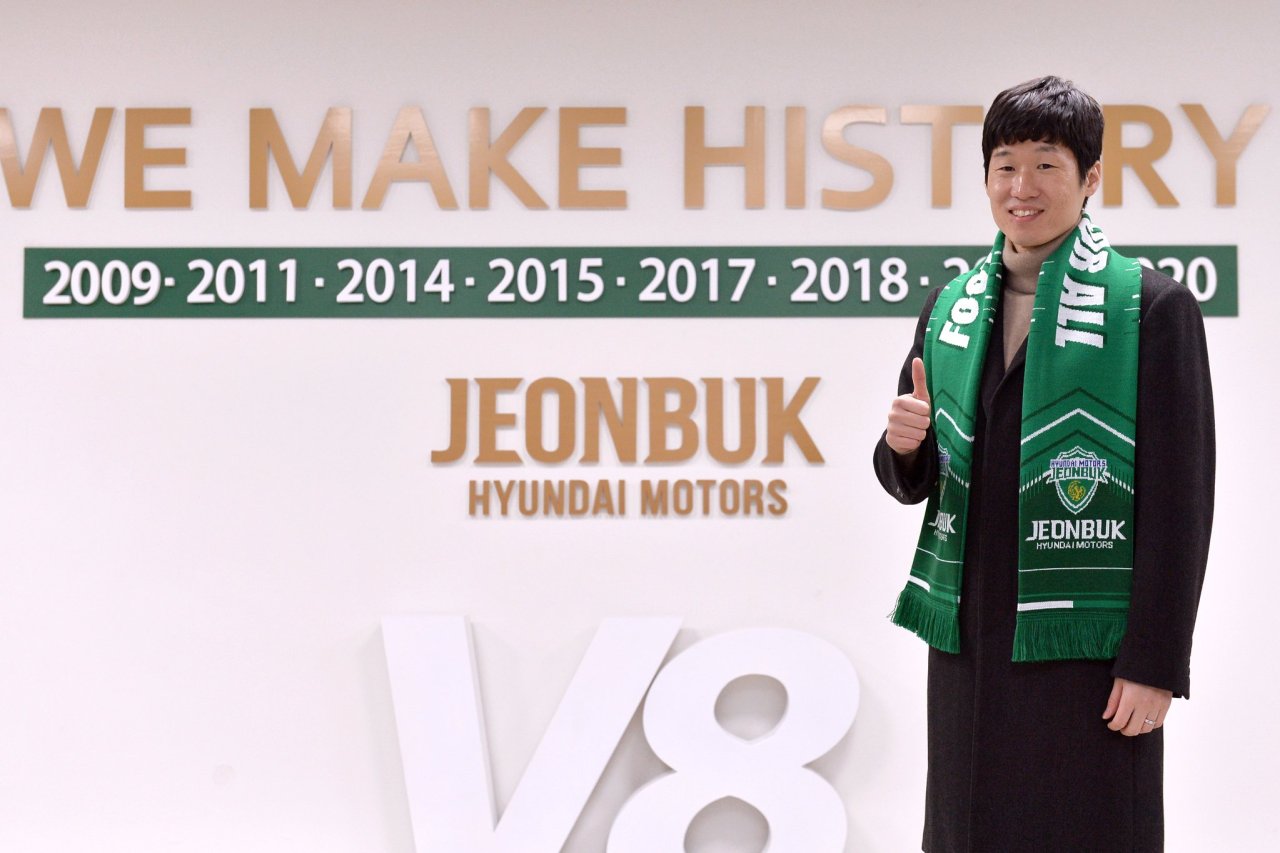 Jeonbuk, the four-time reigning K League 1 title holders, announced Tuesday that Park, former national team captain, will work with them on a part-time basis while splitting his time in South Korea and Britain.

Jeonbuk said Park will be advising in areas ranging from draft to player development, scouting and training.

The club added Park will also assume some responsibility as their technical director when it comes to player transfers and acquisitions.

"I've seen and learned a great deal from the advanced systems in Europe," Park said in a statement released by Jeonbuk. "I've put in a lot of time studying them after retirement, and I'll do my best to make Jeonbuk even stronger"

Park will be working in the K League for the first time after an illustrious club playing career that took him through Japan, the Netherlands and England.

At the 2002 tournament, Park scored a career-defining goal against Portugal in the final group match, sealing a stunning 1-0 victory that sent South Korea into the knockout stage for the first time.

After the World Cup, South Korea boss Guus Hiddink took over the Dutch club PSV Eindhoven, and Park left Kyoto Purple Sanga in Japan to play under the former national team coach. Then in 2005, Park became the first South Korean to join the Premier League by signing with Manchester United.

Park captained South Korea to the round of 16 at the 2010 World Cup in South Africa and also became the first Asian player to score in three consecutive World Cups.

In his post-playing career, Park served as head of the youth development strategy for the Korea Football Association from November 2017 to December 2018. Park also completed the FIFA Master course, a sports management program coordinated by the International Centre for Sports Studies and endorsed by FIFA, in 2017.

Park is scheduled to visit with Jeonbuk in their offseason training site in Namhae, some 500 kilometers south of Seoul, on Friday.