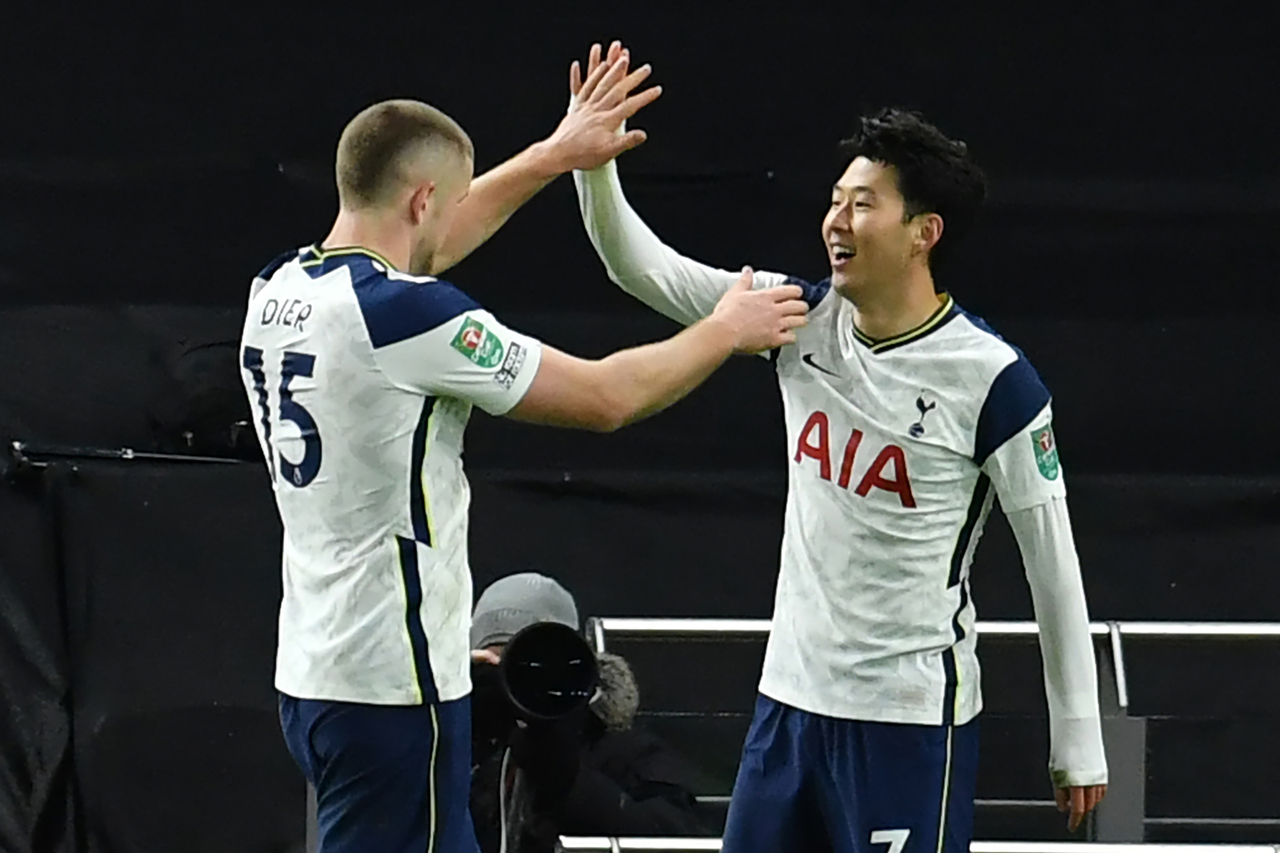 In this AFP Press photo, Son Heung-min of Tottenham Hotspur (R) celebrates with teammate Eric Dier after scoring his team's second goal against Brentford during the semifinal match of the English League Cup at Tottenham Hotspur Stadium in London on Tuesday. (AFP-Yonhap)
He has done it again.

Son Heung-min scored in his second straight match, lifting Tottenham Hotspur into the English League Cup final with a 2-0 victory over Brentford on Tuesday (local time).

After Moussa Sissoko opened the scoring in the 12th minute at Tottenham Hotspur Stadium in London, Son doubled the lead with his 70th-minute strike against the second-division club.

Tottenham will face the winner of the other semifinal match between Manchester United and Manchester City. The championship meeting is scheduled for April 25 at Wembley Stadium in London.

Son had scored his 100th goal as a member of Tottenham in Premier League action Saturday, and the forward kept it up in the second half against Brentford. He collected a fine feed from Tanguy Ndombele and fired it past goalkeeper David Raya.

Brentford went down a man late in the second half, and Spurs held on for the clean-sheet victory.

They're now one victory away from collecting their first major trophy since the League Cup final in 2008. Tottenham have won the League Cup four times in eight previous trips to the final.

The showpiece match had been set for Feb. 21 but was moved back by about two months in the hope that the coronavirus pandemic will have slowed down and fans will be allowed to attend. (Yonhap)