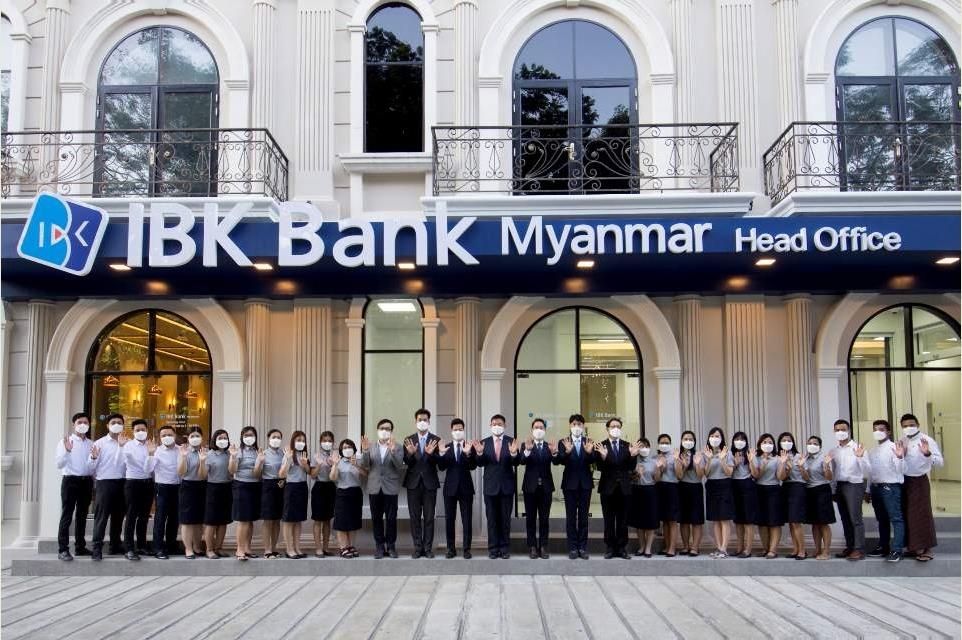 IBK Bank Myanmar employees pose for a photo after the bank received a banking license from Myanmar’s financial authorities, Wednesday at the bank’s headquarters in Yangon, Myanmar. (Industrial Bank of Korea)

The Industrial Bank of Korea said Sunday it will officially launch and operate a local subsidiary in Yangon, the largest city of Myanmar as early as this month, which marks its third overseas unit, following its operation in China and Indonesia.

Through the newly-launched bank, not only South Korean companies that have made inroads into Myanmar, but also local firms can access banking services, they added.

Earlier on Wednesday, the state-run lender gained a final approval from Myanmar’s central bank to operate banks there. The move was aimed at seeking business expansion in the country to promote the Moon Jae-in administration’s New Southern Policy, an initiative to bolster Seoul’s strategic and economic relations with Southeast Asian countries.

Under the approval, IBK’s subsidiary can conduct business with enterprises across Myanmar and open a maximum of 10 bank branches there, according to the bank.

“(The IBK) will foster the Myanmar subsidiary to become the area’s top bank, specialized in financing local small and medium enterprises,” an IBK official said.

“The bank will continue to support the government’s New Southern Policy and play a key role for both Korea and Myanmar’s developments.”

Following the establishment of Myanmar-based subsidiary, the state-run bank comes to hold three subsidiaries and 59 bank branches across 12 countries.