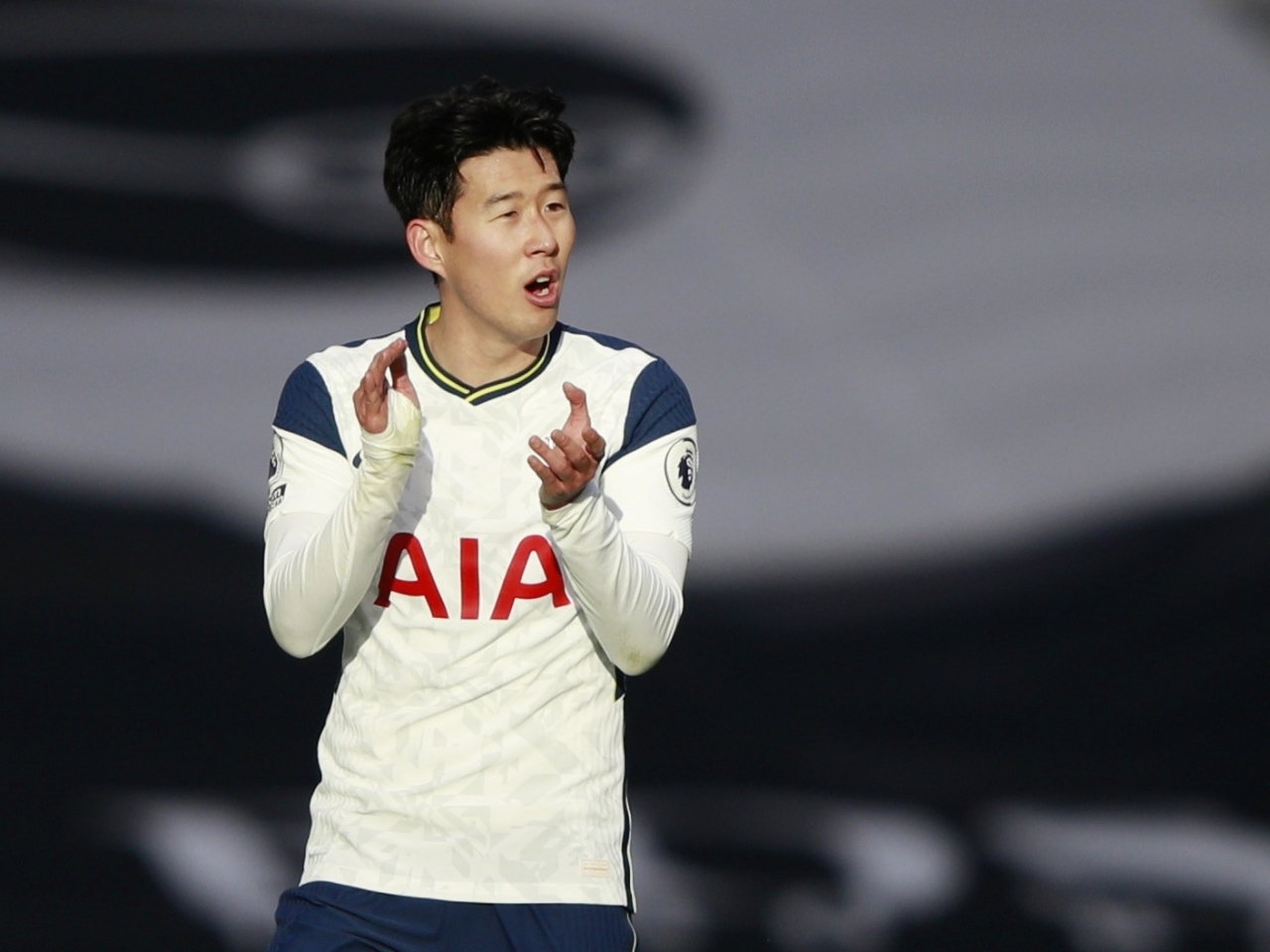 The South Korean star reached the century mark in a 3-0 victory over Leeds United in a Premier League match at Tottenham Hotspur Stadium in London on Saturday.

The victory lifted Tottenham from seventh to third place in the league tables with 29 points. It was Tottenham's first win in five matches.

Son's 43rd-minute goal, set up by Harry Kane, gave Tottenham a 2-0 lead. Son set up the third goal with a corner headed home by Toby Alderweireld early in the second half.

Son's 100th goal in all competitions for Tottenham came in his 253rd appearance. He has 65 goals in the Premier League, 12 goals in the FA Cup, three in the League Cup, 14 in the UEFA Champions League and six in the UEFA Europa League.

He is the 18th player to score 100 for Tottenham, and the first from outside Britain and Ireland.

Son equaled another milestone with his partnership with Kane. The two have now combined for 13 goals in the Premier League to tie the record set by Alan Shearer and Chris Sutton for Blackburn Rovers in 1994-1995. Tottenham have 22 matches left this season.

With 12 in the Premier League this season, Son has taken the sole possession of second place in goals. He trails Liverpool's Mohamed Salah by one.

"I'm very happy and grateful for my teammates. I'm not doing it alone. I need a lot of help for this big achievement," Son said in a post-match interview. "To score 100 goals with one team is a big thing. I'm very proud. It's a good way to start the new year."

As for his connection with Kane, Son said: "We're working hard and working on it for a long time. He knew I was there. Sometimes it is telepathic; sometimes we talk about it." (Yonhap)