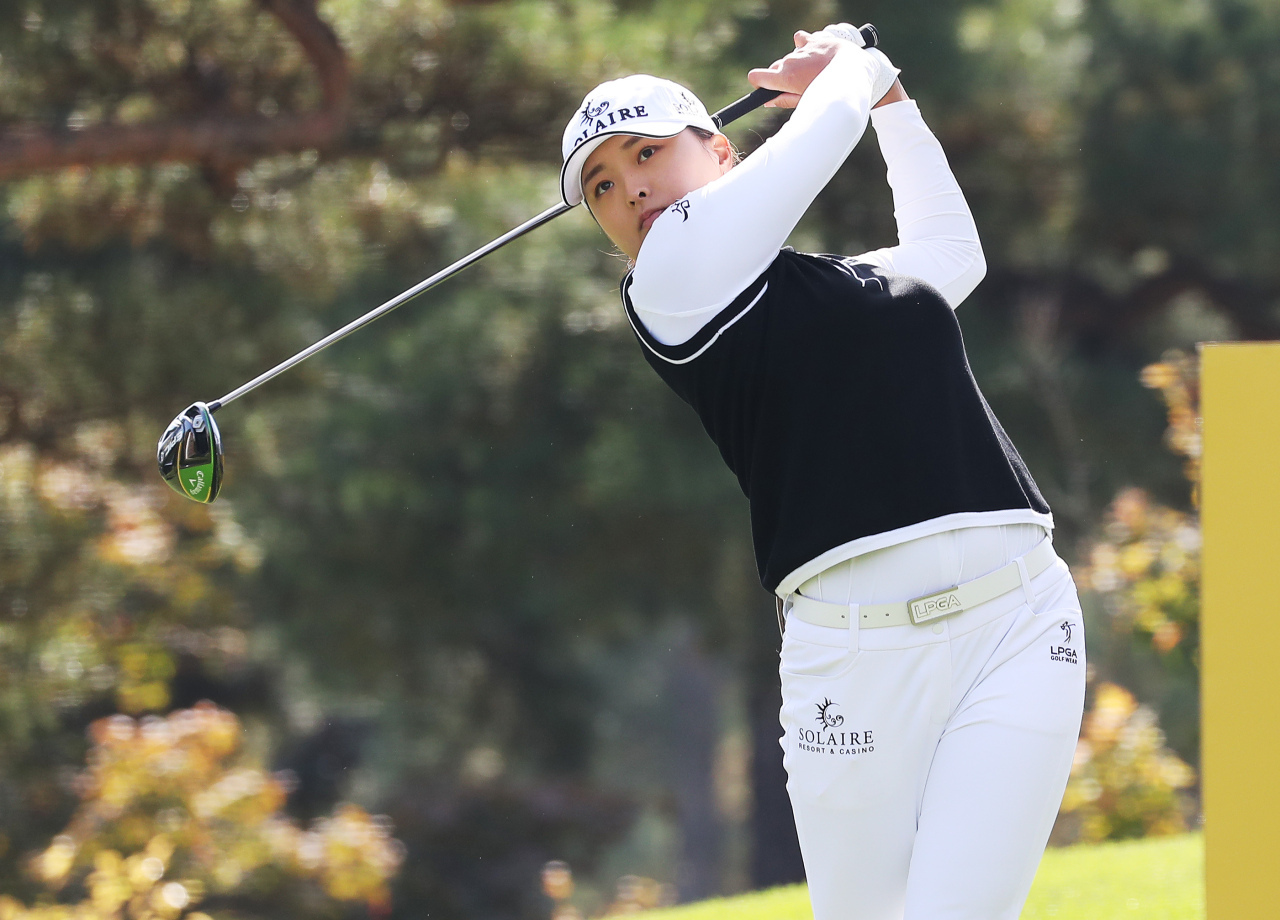 Ko Jin-young (Yonhap)
South Korean LPGA star Ko Jin-young will finish the year where she started in the women's golf rankings: at the very top.

Ko stayed at No. 1 in the final rankings of 2020 released Tuesday. She climbed to No. 1 in July 2019 and was also at the top in the first rankings this year on Jan. 7.Ko, the 2019 LPGA Player of the Year, played only four tournaments this season, which was cut short by the coronavirus pandemic. But the 25-year-old made the most of the opportunity, as she won the season-ending CME Group Tour Championship on Dec. 20. Ko also defended her money title, thanks in large part to the $1.1 million jackpot at CME.

She posted two other top-five finishes in her three previous events.

Ko had planned to begin the 2020 season in March, but the LPGA Tour came to a screeching halt in mid-February because of COVID-19. Ko stayed home to play a few Korean tour events. The LPGA season resumed at the end of July, but Ko only made her season debut in November.

Kim began the year at No. 5 but climbed three spots to finish the year. She picked up two LPGA wins, including her first career major at the KPMG Women's PGA Championship in October. Kim won the LPGA Player of the Year honor.

Park started this season at No. 15 and fell as low as No. 17 before coming on strong in the second half. The LPGA Hall of Famer won the last tournament before the hiatus, ISPS Handa Women's Australian Open, and recorded three runner-up finishes. Park finished second to Kim in the Player of the Year points.