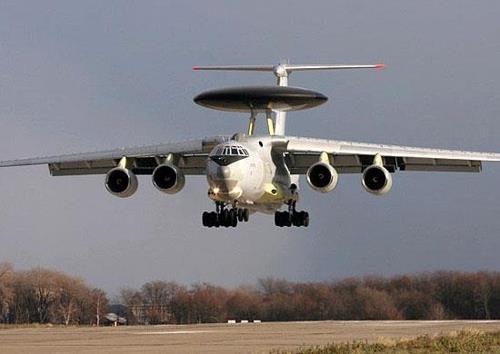 Russian A-50 early warning and control plane (Ministry of Defence of the Russian Federation)
The US State Department expressed strong support for South Korea and its efforts to defend its air space on Wednesday, one day after more than a dozen Chinese and Russian aircraft entered the country's air defense identification zone (KADIZ).

The State Department also said the United States' commitment to the defense of its allies is "ironclad."

"The United States strongly supports our ROK ally and its concerns regarding recent provocative air operations," a department spokesperson told Yonhap News Agency, while asking not to be identified.

"The United States is in close coordination with the ROK about this incident. We will continue to monitor the situation and discourage attempts to destabilize the region," the spokesperson added.

On Tuesday (Seoul time), 15 Russian aircraft, including Tu-95 bombers and A-50 early warning aircraft, entered the KADIZ, along with four Chinese jets, believed to be H-6 bombers, according to the South Korean military.

Air defense identification zones are not territorial airspace and are not bound by international law. But a foreign warplane is supposed to make prior notification before approaching them in line with international customs to prevent accidental clashes.

Seoul officials said Tuesday's incident came after the Chinese military told its South Korean counterpart that its planes would be carrying out normal training.

South Korea still expressed its concerns to China, which agreed to communicate with Seoul on issues that can "be regarded as sensitive matters." (Yonhap)