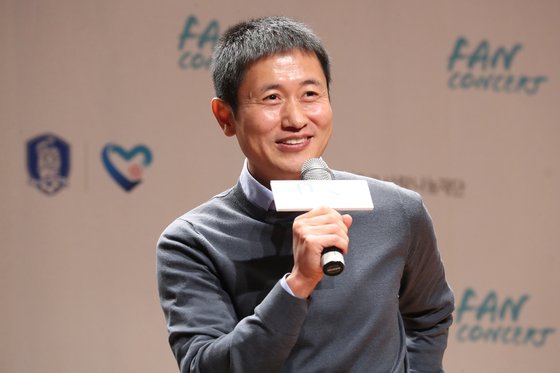 Gangwon FC of the K League 1 announced Tuesday that Lee, 43, will be their new CEO. He was nominated for the position on Dec. 8, and his candidacy was approved at a board meeting on Tuesday in Chuncheon, Gangwon Province, 85 kilometers east of Seoul.

Lee, a Gangwon native, was an integral member of the South Korean team that made a stunning run to the semifinals at the 2002 FIFA World Cup. The former left back assisted on goals that sent South Korea to the knockout stage and the quarterfinals.

It kicked off a decadelong international career that also took Lee to Tottenham Hotspur in the Premier League, Borussia Dortmund in the Bundesliga, Al-Hilal in the Saudi Professional League and Vancouver Whitecaps FC in Major League Soccer.

One of the country's most successful football players, Lee joined the Century Club by appearing in his 100th international match in November 2008 and finished with 127 caps, fourth most among South Korean players. He represented South Korea at three FIFA World Cups.

After retiring, Lee became a popular television analyst who didn't mince words, and did philanthropic work as an executive board member for the Korea Football Association's Football-Love Sharing Foundation. (Yonhap)