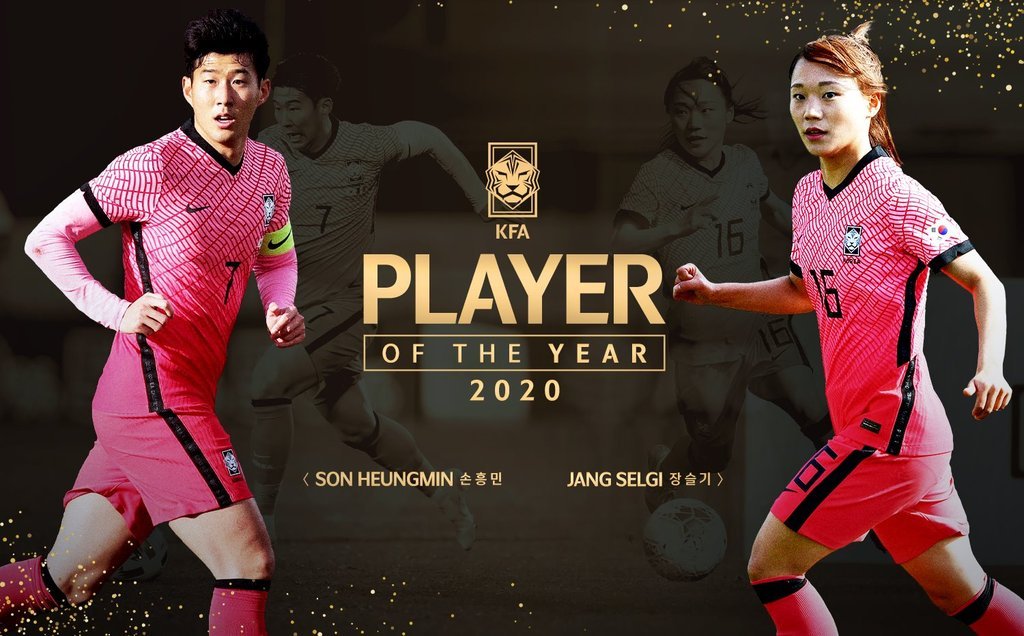 The Korea Football Association (KFA) announced that Son, the attacking stalwart for Tottenham Hotspur, was voted the Male Player of the Year for 2020.

Son received 250 points in the vote by the media and the KFA's election committee, far outnumbering Jeonbuk Hyundai midfielder Son Jun-ho with 163 points and Suwon FC forward An Byong-jun with 33 points.

The award is open to all South Korean-born players, regardless of their club affiliations.

Son is enjoying a stellar season in his sixth year with Tottenham Hotspur. He scored 13 goals and seven assists in the 2020-2021 season, including 10 goals in 20 English Premier League games, the second-highest score after Dominic Calvert-Lewin of Everton.

He was also named the league's player of the month for October.

The 28-year-old, who is captain of the South Korean men's national football team, played a role in two latest friendlies against Mexico and Qatar last month.

Forward Jang Sel-gi of Incheon Hyundai Steel Red Angels was named the Female Player of the Year for the second time. She won the honor for the first time two years ago.

She contributed to her club's championship title for the eighth consecutive year in 2020.

In a group round match of the Asian qualifying playoff for the 2020 Tokyo Olympics held in February, she scored to help the South Korean women's football team win 3-0 over Vietnam. (Yonhap)