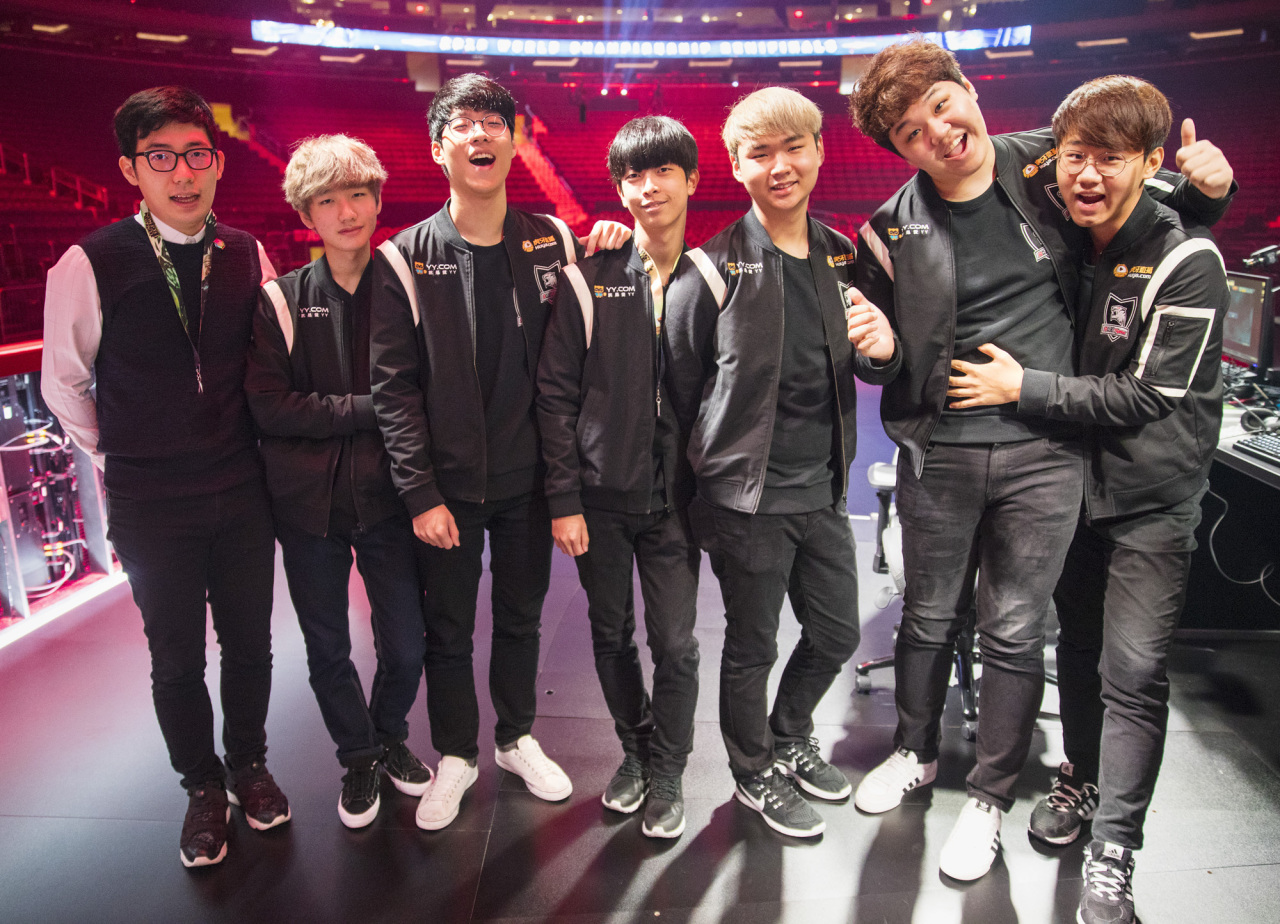 Coach NoFe, Peanut, Smeb, Zet, GorillA, PraY and Kuro of 2016 ROX Tigers (left to right) (Riot Games)
While the League of Legends Champions Korea offseason is a time of many roster changes and player transfers, it is also when many veteran players decide to retire from professional play.

Kuro and GorillA both reached the height of their careers with ROX Tigers when they went to the Worlds finals in 2015 and semifinals in 2016 to lose to Lee “Faker” Sang-hyeok’s SKT both times. The five games series in the 2016 World Championship quarterfinals is still considered one of the best LoL series of all time. The two 26-year-olds who were on different LCK teams in the summer season both announced on Wednesday the end to their professional careers.

“From this point onwards, I would like to invest my time not for myself as a player but in my future self. If you can support me on this decision, I could not ask for anything more,” tweeted GorillA.

Kuro also announced his retirement through social media and said he’ll be streaming on Afreeca TV and will upload YouTube contents in the future.

“I wanted to play one more year, but after much contemplation and since there is also the military service problem I decided to take a rest and try things I haven’t had the chance to do,” said Kuro on Instagram.

Kuro will also play in the second season of Return of Champions Korea on Wednesday, where retired pros play in an event match online. The contestants of RCK include Marin, Wolf, Piglet among others.