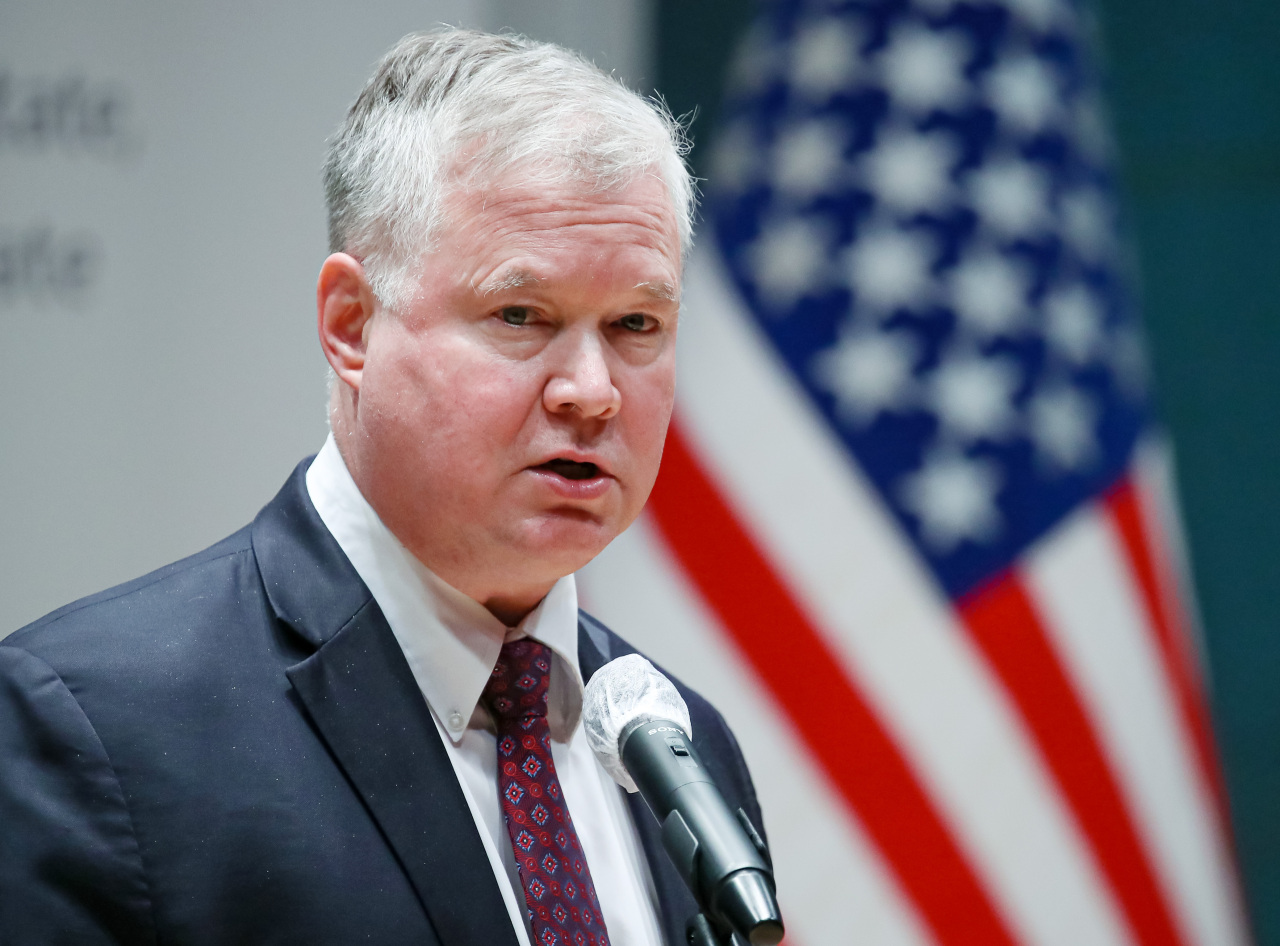 Biegun, who is in Seoul this week to meet with officials here, delivered a lecture at a local think tank reflecting on his more than two-year stint of spearheading the talks to denuclearize Pyongyang, while admitting to disappointment in a lack of progress, despite the historic US-North Korea summits.

“This is not the end of our efforts and it should not be,” he said at the Asan Institute for Policy Studies in Seoul.  “As we look to the future, I remain convinced that diplomacy remains the best course, indeed the only course, for solving the challenges on the Korean Peninsula.”

Biegun urged Pyongyang to resume diplomacy, specifically during the period from now to the upcoming January congress of the ruling Workers’ Party.

“We hope that North Korea and the United States can finally engage in kind of serious diplomacy that requires sustained engagement and difficult trade-offs, but has huge rewards,” he said. “It is time for both of our countries to move forward.”

He expressed disappointment on “setbacks and missed opportunity” between Washington and Pyongyang on nuclear diplomacy over the past years, while acknowledging it “has yet to deliver the success we hope for.”

“You might wonder if I am disappointed that we did not accomplish more over the past two years. And I am,” he said. “Regrettably, much opportunity has been squandered by our North Korean counterparts over the past two years, who too often have devoted themselves to the search for obstacles to negotiations instead of seizing opportunities for engagement.”

“Yet, remarkably, the potential of the Singapore Summit is still fully present, despite our failure to advance what was agreed,” he said. Biegun pledged to share his experiences, recommendation and “hard-earned wisdom” to his successor for the incoming Joe Biden administration.

“The war is over; the time for conflict has ended, and the time for peace has arrived. If we are to succeed, we must work together—the United States, the Republic of Korea and the Democratic People’s Republic of Korea,” he said, referring to South and North Korea by their formal names, respectively.

“And when we do, we will at last be able to bring to the Korean Peninsula the lasting peace and prosperity that all the Korean people so richly deserve.”

Earlier in the day, he met with Unification Minister Lee In-young and vowed strong support for inter-Korean exchanges, including humanitarian assistance to North Korea.

“South Korea plays a major role in establishing permanent peace in the Korean Peninsula and Seoul and Washington should work closer together to bringing that closer,” Biegun was quoted as saying in a statement released by the Unification Ministry.

Biegun arrived here on Tuesday in what is most likely his last visit to Seoul as the No. 2 American diplomat and the US special representative for North Korea, as US President Donald Trump’s term comes to an end in January. He heads back to the US on Saturday morning.