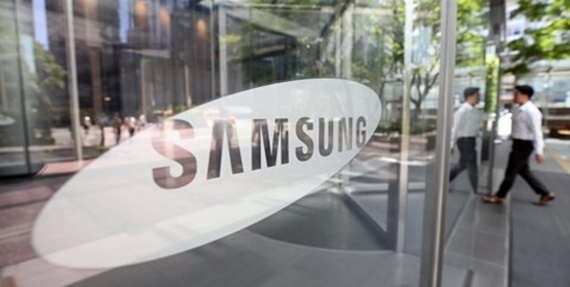 Samsung Electronics, which completed its annual executive reshuffle Friday, is expected to hold a global strategy meeting next week with the participation of all executives from the global offices to establish business strategies for next year.

Samsung’s global strategy meeting, which is held twice a year in June and December, is a venue where executives at local and global units gather to review the business conditions of each sector and discuss new growth engine plans.

Conventionally, all heads of overseas subsidiaries return to Korea to participate in the December meeting to establish business plans for the coming year. However, this year, the company is expected to conduct a video conference due to difficulties in traveling amid the pandemic.

The detailed schedule of this year’s meeting is predicted to be finalized this week, but it is likely to be held for five days from Dec. 14 to Dec. 18, according to industry sources.

This year’s meeting, attended by all newly promoted executives, will be led by three CEOs, Kim Ki-nam at device solutions, Kim Hyun-suk at consumer electronics and Koh Dong-jin at information technology and mobile communications, who all remain in their posts.

Considering that it is a sector-by-sector meeting centered on the CEOs, Vice Chairman Lee Jae-yong is not expected to attend, as with previous years.

At the meeting, executives are expected to share business strategies in the difficult situation amid the prolonged pandemic, and focus on the prospects for policy changes after the US presidential election, including the US-China trade war, and exchange rate issues that have recently become unstable.

Consumer electronics business is likely to discuss ways to expand its 8K QLED TV sales, as well as the launch plans for the mini LED TV and Quantum Dot TV.

As for mobile, the attendees are expected to discuss changes in the market and their strategies for the Galaxy series and foldable phones. It also remains to be seen whether they will discuss an entry into the rollable phone market.

In the semiconductors business, which will likely see DRAM supercycle next year, they are expected to discuss their production and supply strategies as well as their measures against changes in the NAND flash sector following SK hynix’s purchase of Intel‘s NAND memory chip unit.

On Wednesday, they announced new presidents for its lucrative semiconductors business along with new chiefs for some of its affiliates.

As for the affiliates, Samsung Display promoted Choi Joo-sun, executive vice president of large displays, to president of the unit and as CEO of the panel maker. Samsung SDS, the information technology solutions affiliate, tapped Hwang Seong-woo, president of Samsung Advanced Institute of Technology, as its new CEO.

On Friday, Samsung Electronics announced a follow-up, promoting a total of 214 executives, the largest number since 2017, owing to a strong performance this year despite the COVID-19 impact.

“In spite of difficulty amid the global spread of COVID-19, the company timely responded to demand and raised efficiency in operations, which led to improved earnings from last year,” the company said in a statement.

Samsung has 31 new executive vice presidents -- more than double the 14 it had last year -- and they will be candidates for chief executive officer roles in the future.

As part of its efforts to reinforce the values of diversity and inclusion, Samsung said it has promoted a total of 10 foreign and female executives this year.

They are Eom Mun-seop, in charge of small and midsize displays; Lee Jong-hyuk, responsible for quantum dot development; and Cho Seong-soon, who will oversee quantum dot manufacturing technology.