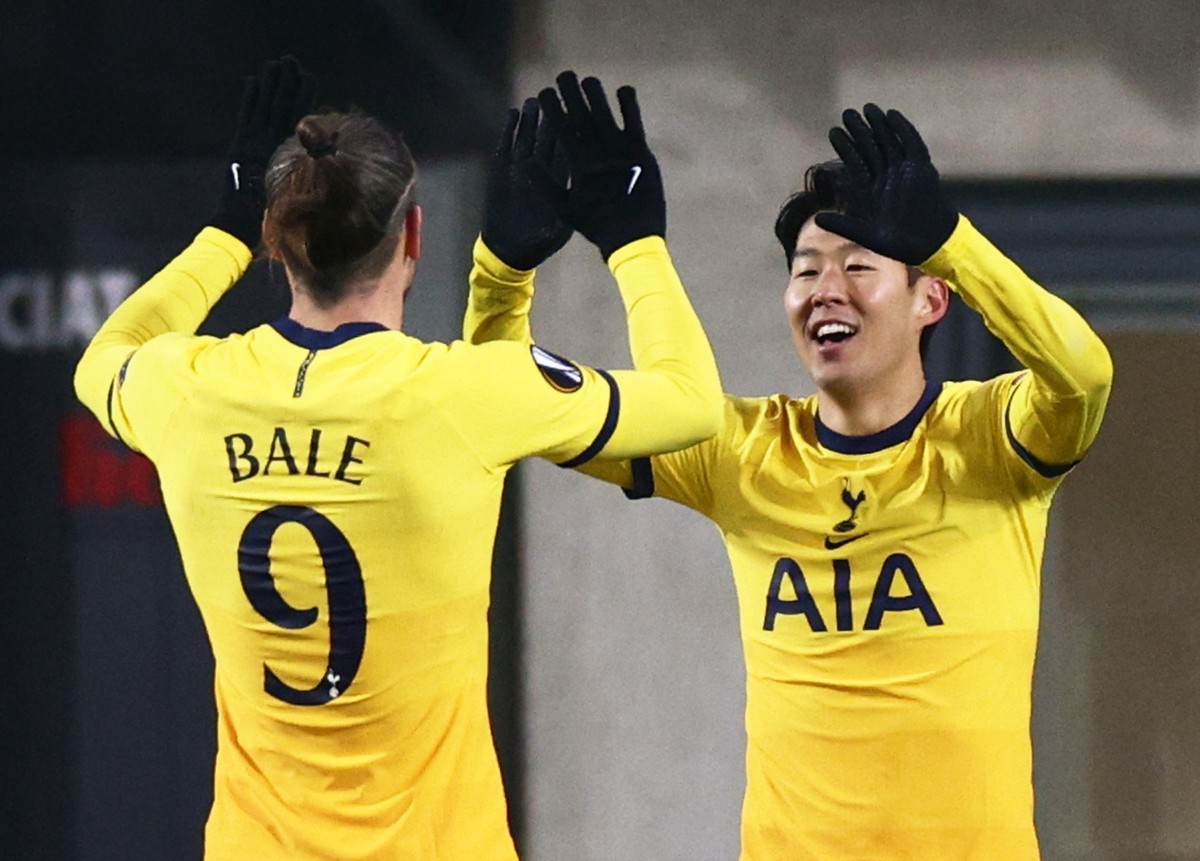 In this Reuters photo, Son Heung-min of Tottenham Hotspur (R) celebrates with teammate Gareth Bale after scoring a goal against LASK during their Group J match at the UEFA Europa League at Linzer Stadium in Linz, Austria, on Thursday. (Reuters-Yonhap)
Tottenham Hotspur's Korean star Son Heung-min has found the back of the net for the 12th time this season while helping his club reach the knockout stage in a continental club tournament.

Son scored once in Tottenham's 3-3 draw against LASK at Linzer Stadium in Linz, Austria, on Thursday (local time) in Group J action at the UEFA Europa League.

The result moved Tottenham to 10 points on three wins, one draw and one loss with one match to go, good for second place behind Antwerp (12 points), and ensured they will reach the round of 32 regardless of the result in their final group match next week.

LASK and Tottenham can both finish with 10 points, but Tottenham would then hold the tiebreak edge thanks to a win and a draw in two head-to-head meetings.

After taking a pass from Tanguy Ndombele, Son sped to the right side of the box and fired one home with his right foot.

Johannes Eggestein leveled the score for LASK in the 84th, but Dele Alli's penalty put Tottenham ahead again by 3-2 three minutes later.

LASK scored in injury time to pull even again, but it wasn't enough to keep them alive in the second-tier European club tournament.

Son has now scored three goals in the Europa League this season in six appearances. He's second in the Premier League with nine goals in 10 matches, one goal behind Dominic Calvert-Lewin of Everton.