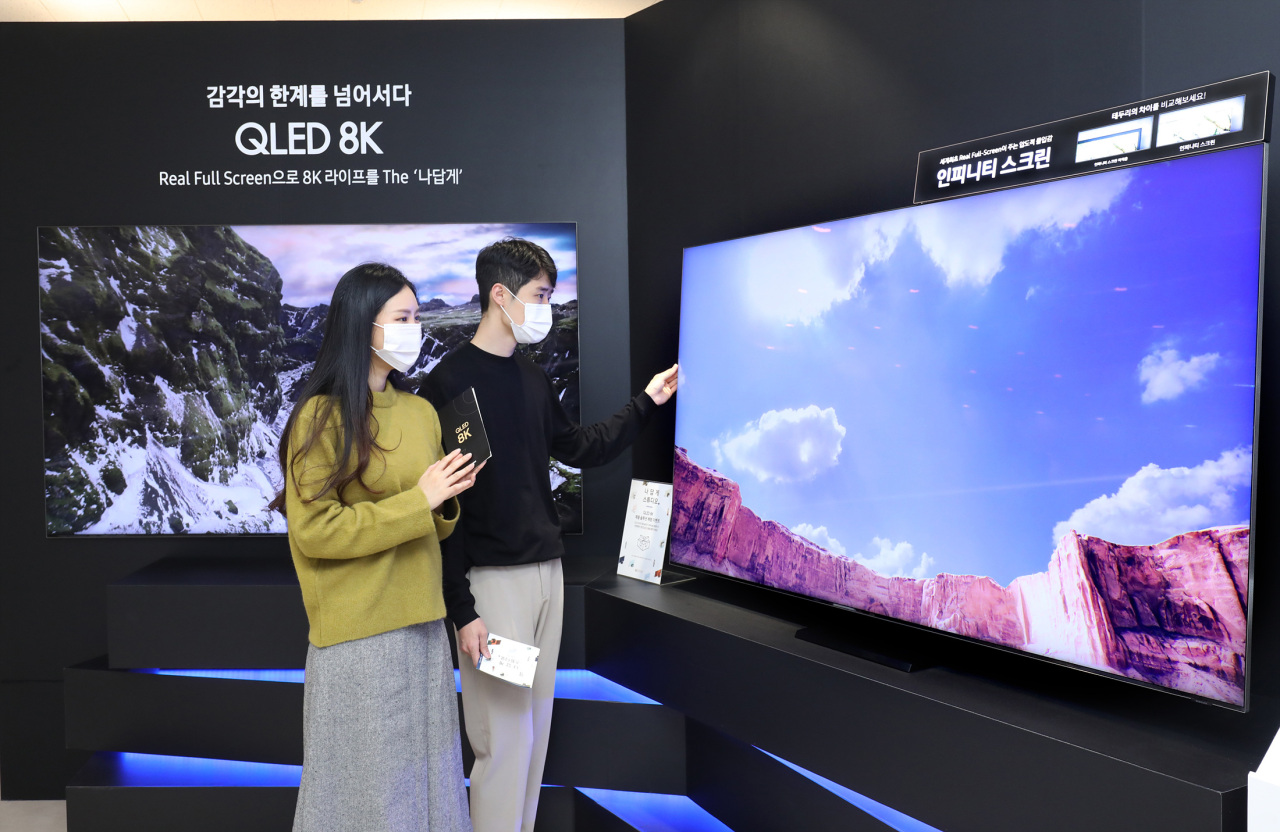 (Yonhap)
Samsung Electronics posted an all-time high share in the global TV market in terms of revenue during the third quarter, according to a report.

Market research organization Omdia said in its report that Samsung‘s market share in the third quarter reached 33.1 percent in terms of revenue, a record-high quarterly figure for the company.

Samsung Electronics’ revenue from TV sales in the third quarter reached $9.3 billion, up by 22 percent on-year.

Samsung sold a total of 14.85 million TV units during the July-September period, up by 39 percent on-year. The number of TV units Samsung Electronics sold accounted for 23.6 percent of the global total.

Meanwhile, LG Electronics was the second largest player in the global TV market in the third quarter, the report showed. LG Electronics posted a 16.6 percent share in terms of revenue, followed by Sony with 10.1 percent.

Samsung and LG’s combined revenue from TV sales accounted for 49.7 percent of the global market. In terms of the number of units sold, the two firms accounted for 35.2 percent, surpassing the number sold by Chinese firms, which came to 33.8 percent.