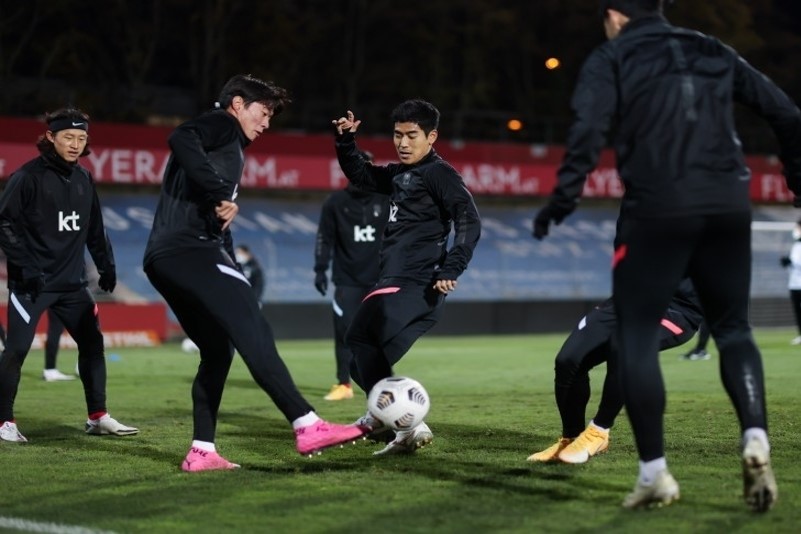 The Korea Football Association (KFA) said a fourth team staff member has tested positive for COVID-19 while in Austria for a pair of friendly matches earlier this month.

Of the seven, Kwon and Hwang Hee-chan have returned to Germany, and the others are being quarantined in Vienna. Jo, the No. 1 goalkeeper, received a negative result in his latest test conducted Monday night.

Hwang In-beom, though, tested positive again. The KFA said Hwang's Russian club has asked for the midfielder to be back in Russia, rather than in South Korea, and his destination will be determined after another test later Tuesday.

The rest of the infected players and staff members, as well as other team officials who stayed back in Vienna to take care of them, will be flown home on a chartered flight Thursday morning.

Jo's Ulsan are playing in the Asian Football Confederation Champions League in a Qatar bubble this month. Jo will not join them right away and will instead be quarantined in South Korea.

Other national team players and officials who arrived back earlier have all tested negative for COVID-19, the KFA said. (Yonhap)