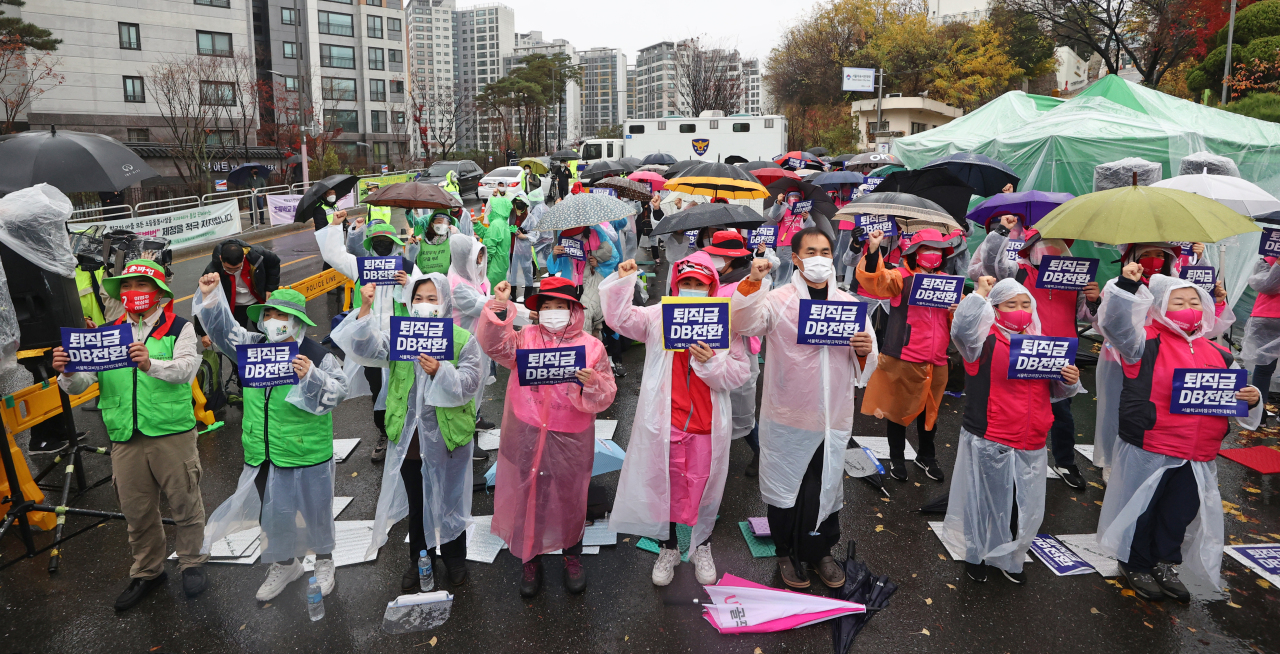 Seoul branch members of a coalition representing non-regular school workers stage a rally Thursday in front of the Seoul Metropolitan Office of Education in Jongno-gu, central Seoul. (Yonhap)
Hundreds of non-regular workers at Seoul schools launched a two-day strike Thursday, including many working in school cafeterias.

Around 2,500 members of the Seoul branch of a coalition representing non-regular school workers were expected to join the walkout to demand changes to their retirement pension system.

While many are cafeteria workers who prepare meals for students, the group also includes administrative staff members and child care workers responsible for after-hours programs.

The Seoul Metropolitan Office of Education is refusing the proposal, citing cost worries. Instead it has offered a compromise package, but said details of its proposed plan had not yet been decided.