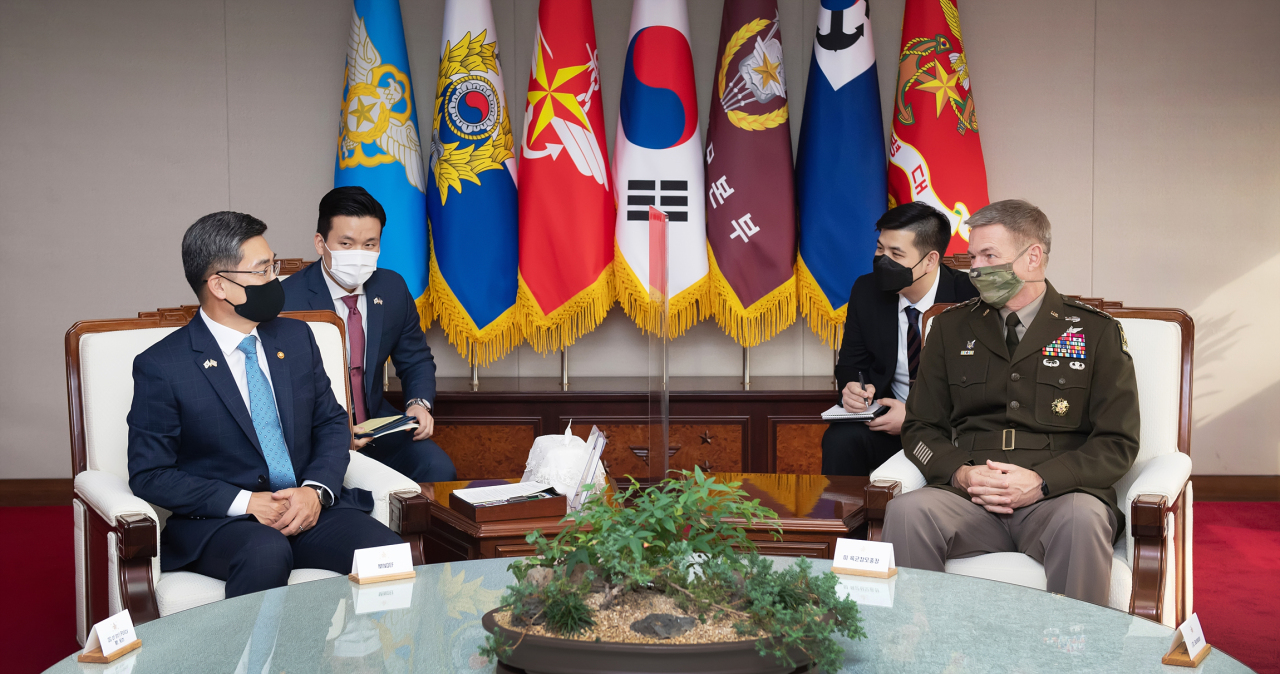 During a meeting at the ministry’s headquarters in Seoul, Suh asked Gen. McConville to continue coordinating with Seoul on its peace drive on the Korean Peninsula on the back of strong defense readiness.

McConville responded saying he would help advance the bilateral ties in a reciprocal, future-oriented direction through close consultation.

McConville met with Korean Army Chief  of Staff Gen. Nam Yeong-shin hours before sitting down with Suh and exchanged similar views on deepening cooperation between the two allies’ military.

The US general was visiting Korea from Monday for three days as part of his Asian trip.

“Gen. McConville recognizes that the Republic of Korea and US Armies have stood side by side to safeguard the peninsula and the region for more than 70 years,” Lt. Col. Curtis Kellogg, public affairs officer to the chief of staff of the US Army, said in a statement earlier.

Meanwhile, the two allies have yet to resolve disputes involving the wartime role transfer and defense costs sharing for this year.

Seoul is looking to have the operational control back as scheduled by May 2022, despite having skipped opportunities to test readiness due to the coronavirus pandemic. Washington is reportedly reserved and not fully on board with the plan.

The US exercised the command first during the 1950-53 Korean War.

The two allies have to renegotiate terms to finalize the cost-sharing deal as well, which hit a road block under US President Donald Trump. Seoul’s negotiating team is reportedly preparing new strategies to deal with a new counterpart from President-elect Joe Biden.