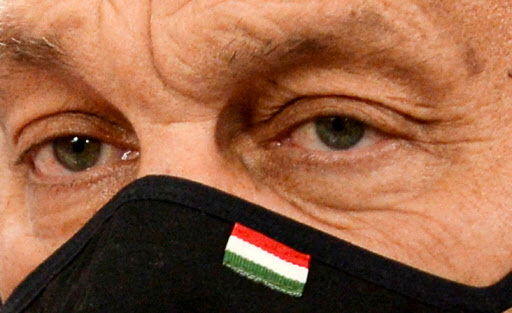 The measures, due to start Wednesday, include an extension of an existing night-time curfew, a ban on gatherings, and closures of bars, restaurants and cultural venues, Orban said in a Facebook video.

Sporting events must be played behind closed doors, while secondary schools and universities must move online, although kindergartens and primary schools can remain open, said Orban.

The restrictions, to last for at least 30 days, need parliamentary approval on Tuesday for a state of emergency that allows for government rule by decree, he said.

Since the second wave began in Hungary at the end of the summer, the nationalist premier has avoided reimposing restrictive measures, arguing that "the economy as well as lives" must be protected.

But coronavirus deaths and cases have surged since October, leading to widespread calls for tougher measures and warnings from the leading doctors' association that hospitals could soon be overwhelmed.

Seven-day rolling average data from the European Centre for Disease Control (ECDC) show that by Monday Hungary had the fourth-highest Covid-19 death rate per million in the bloc -- behind the Czech Republic, Belgium, and Slovenia.

Over 5,000 new infections were recorded Monday, with 6,061 coronavirus patients in hospital including 415 on ventilators.

Orban admitted Friday that the hospital intensive care bed capacity of 4,480 could be reached by mid-December.

"We see the end of the tunnel, we have more and more good news about vaccines," he said.