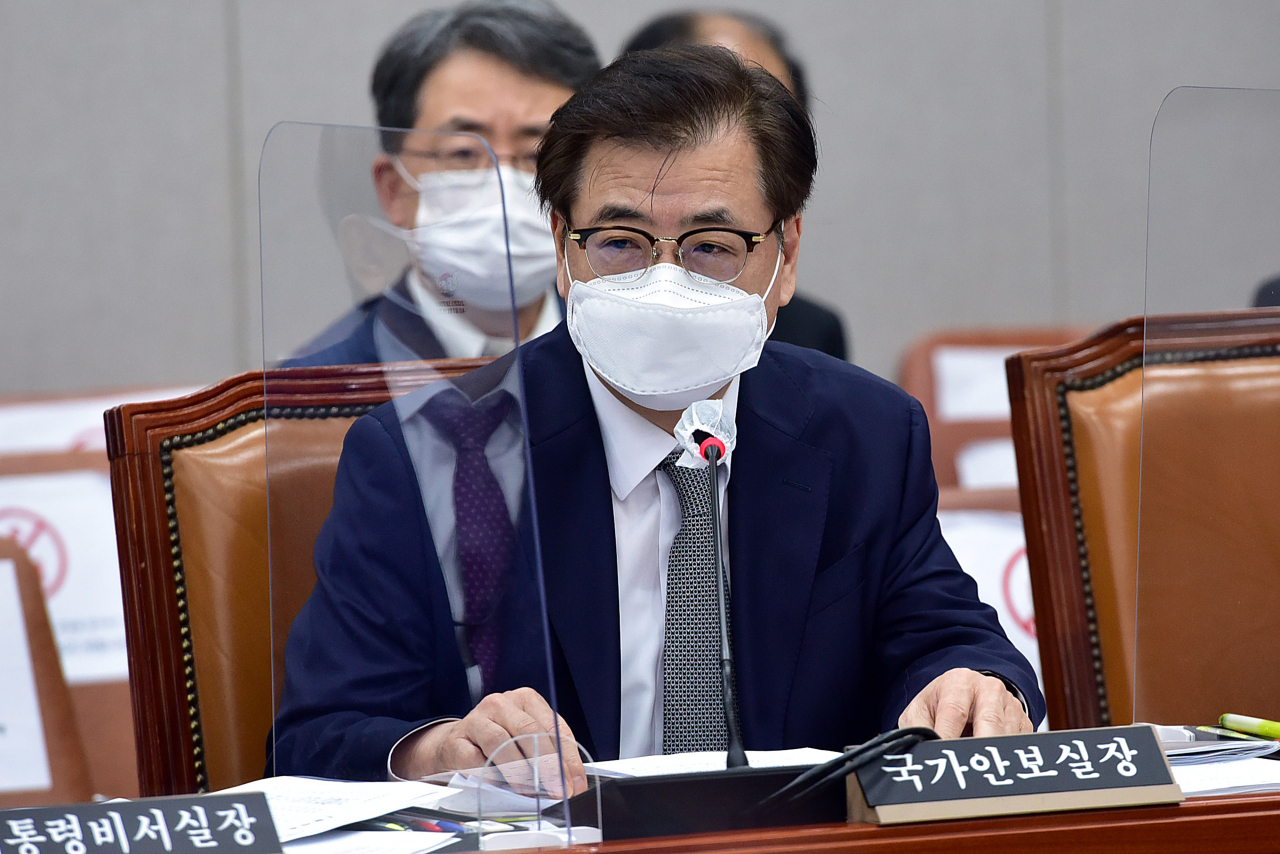 Suh Hoon, director of national security at the presidential office, made the call during a virtual consultation session with his American and Japanese counterparts, Robert O'Brien and Shigeru Kitamura, Cheong Wa Dae said.

They had discussions on denuclearizing the Korean Peninsula, establishing permanent peace in the region and other security-related issues, according to presidential spokesman Kang Min-seok.

They exchanged assessments of the recent security conditions on the peninsula and talked about ways for "engaging with North Korea" to restart dialogue.

They agreed that trilateral security cooperation should go on "with no vacuum" regardless of the current situation related to this week's US presidential polls, Kang said in a press release.

"In particular, our side emphasized that efforts for North Korea-US dialogue should be resumed at an early date, as the US presidential election has finished," he added.

The three parties also agreed to strengthen cooperation and international solidarity for the development and supply of COVID-19 vaccines and treatment. (Yonhap)