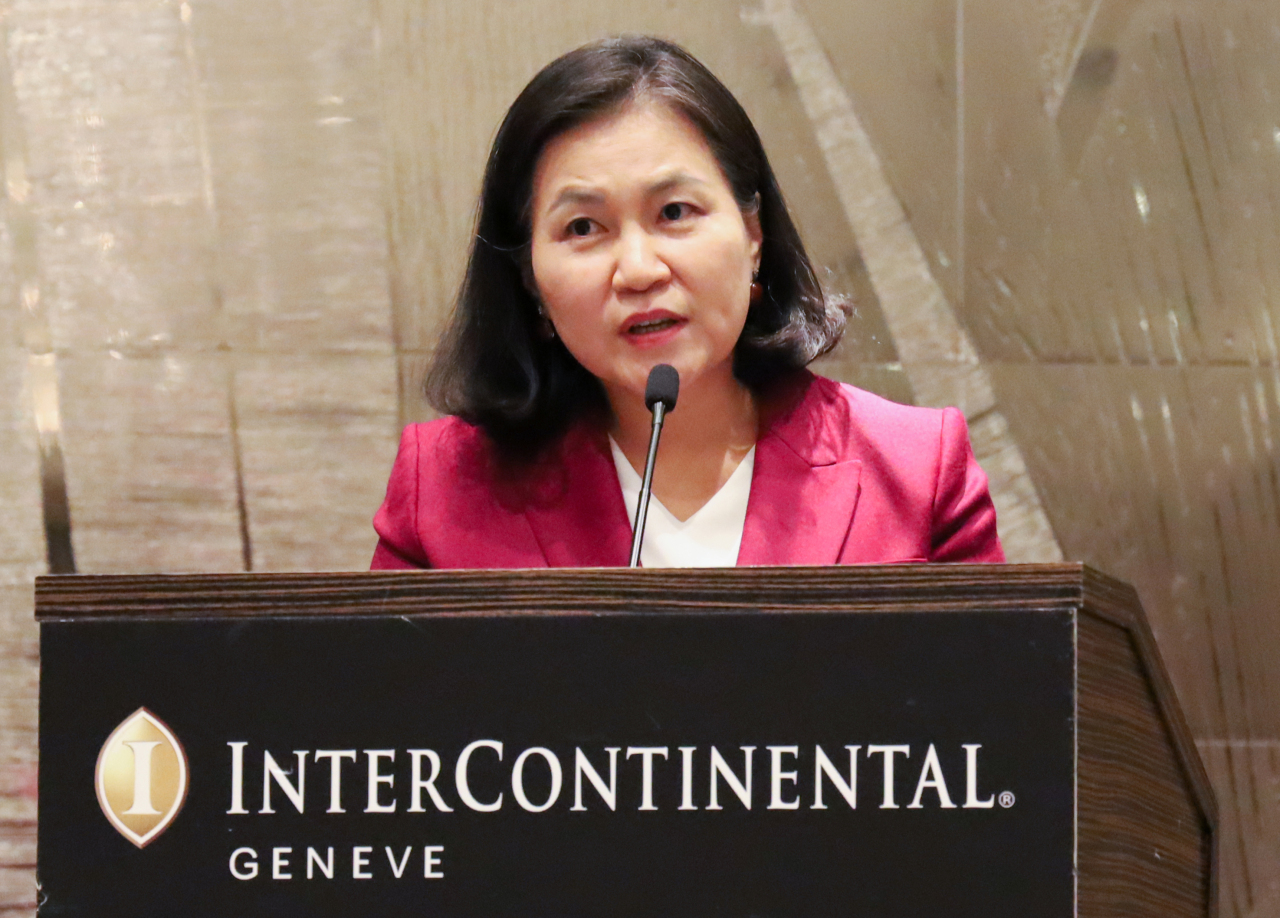 Trade Minister Yoo Myung-hee, who is running for the top post at the World Trade Organization, speaks during a reception with member nations' ambassadors in Geneva on Oct. 16, 2020. (Yonhap)
South Korea's foreign ministry denied a news report Thursday that Seoul's Trade Minister Yoo Myung-hee will soon drop out of the race for the new director-general at the World Trade Organization.

The Chosun Ilbo reported earlier in the day that the government had made the decision to have Yoo withdraw her candidacy and that she will be making an official announcement in due course.

Yoo fell behind her Nigerian rival, Ngozi Okonjo-Iweala, in the final round of consultations among the 164 member states of the global trade body. The WTO has proposed Okonjo-Iweala as the next WTO chief, but the selection process fell into limbo as the United States has publicly endorsed Yoo.

The ministry on Thursday said that no decision has been made about Yoo or the government's position.

"We are comprehensively reviewing the future course of the candidate or the government's position on the matter and no decision has been made in any direction," the ministry said in a message to reporters.

“The government, as a member state that respects the regulations and procedure of the WTO, will take part with a constructive attitude in the process for the final consensus for the director-general and will continue to consult on the matter with the United States as well as other member states," it said.

The WTO General Council is expected to formally endorse Okonjo-Iweala at a special council meeting slated for Nov. 9. (Yonhap)