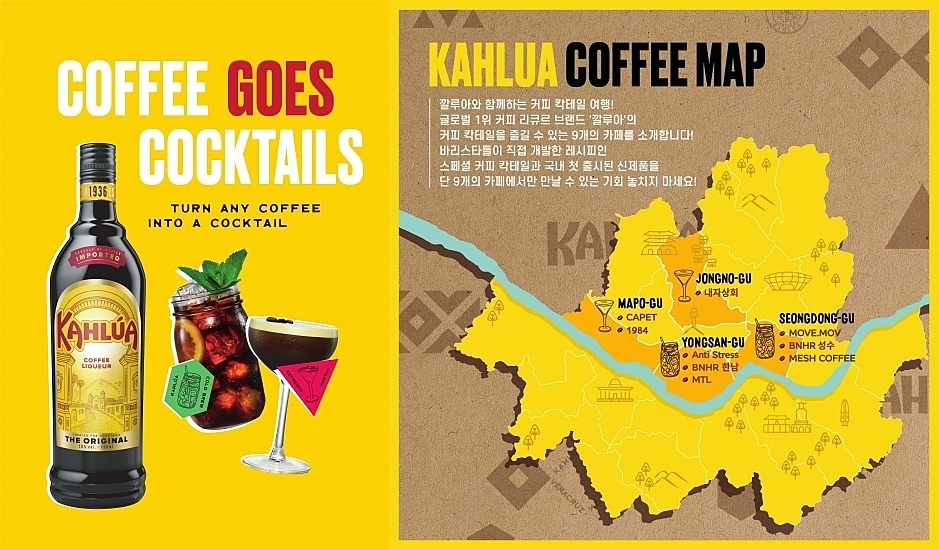 Cafes 1984 in Mapo and BNHR in Yongsan are among the establishments where a special Kahlua-based cocktail representing each of their baristas will be sold, Pernod Ricard Korea said Thursday.

“With Kahlua expanding its presence as the leading coffee liquor brand, we launched the event to take the lead in spreading coffee cocktail culture,” brand manager Kim Seo-hee said.

Some of the newly created cocktails include “Kahlua Milk Affogato” and “Kahlua Mint Cream Floater.”