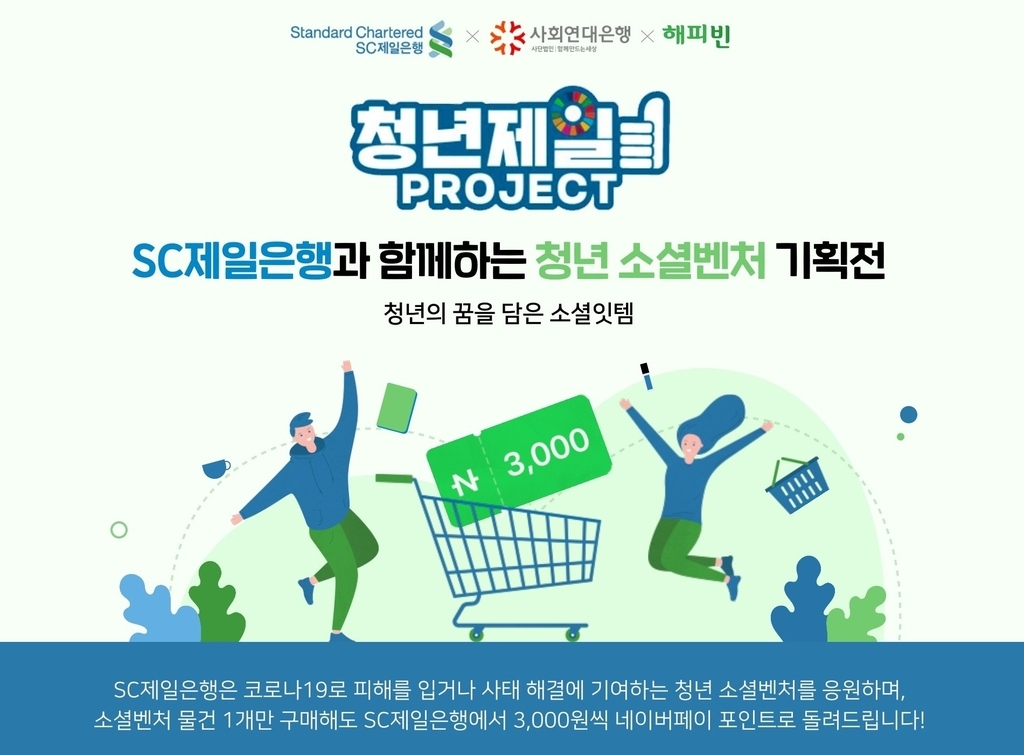 The lender has partnered with Naver’s donation platform, called “Happybean,” and opened up an online market there, which will be run until Nov. 30.

As of Tuesday, six social enterprises were selling a wide variety of products ranging from food to clothing, while introducing their business areas as well as corporate vision.

The move came in line with the bank’s social contribution program aimed at nurturing youth-led startups across the country.

All first-time buyers can receive 3,000-won voucher for their next purchase, which can be used via Naver Pay, the portal giant’s payment service, officials said.

“In order to nurture young entrepreneurs’ social ventures, providing sales channels is as important as cash handouts. We will continue to extend our support programs for promising social ventures,” said Choi Ki-hoon, head of the marketing and communications division at SC Bank Korea.