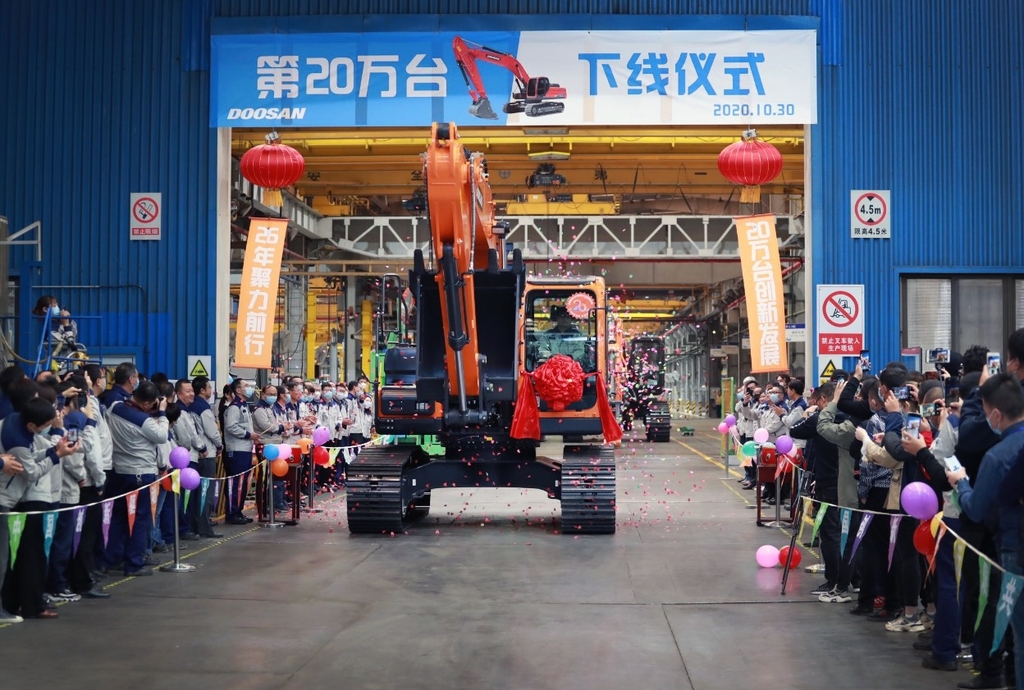 Sales of excavators by the company rose 21 percent to 14,348 units in the first nine month of this year, compared with 15,000 units last year.

Doosan Infracore has been up for sale as part of its cash-strapped parent Doosan Heavy Industries & Construction Co.'s self-rescue plan.

Last March, Doosan Heavy obtained a cash injection of 3 trillion won ($2.6 billion) from its creditors, including KDB, to prepare itself for its short-term debts worth 4.2 trillion won, which should be paid within this year. (Yonhap)