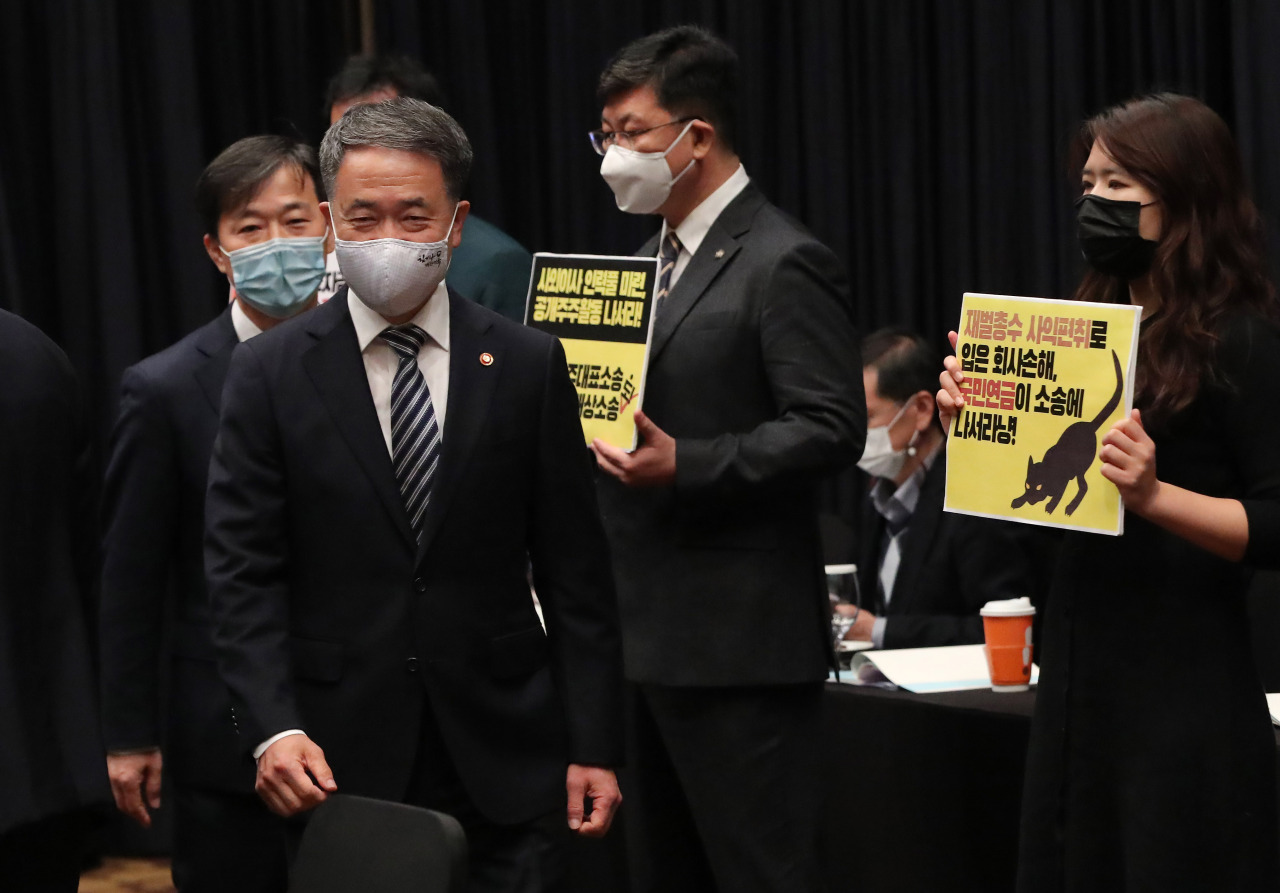 At a meeting Friday of the NPS’ Fund Management Committee, Welfare Minister Park Neung-hoo, who chairs the committee, told reporters that the NPS is moving to work with a wider range of hedge funds with limited risk transparency.

Behind the proposal was the question of how well hedge funds perform when they fully disclose their information.

“(Hedge funds) with less transparency perform better, as fully transparent hedge funds we are able to invest in under our internal guidelines showed lackluster performance,” Park said in a briefing after the committee meeting.

“The NPS has demanded full disclosure of its investment performance, but it can still get enough information about a certain hedge fund that works with a risk aggregator.”

The NPS’ performance as an institutional investor appears to be picking up steam, despite the coronavirus fallout in 2020.

According to the latest disclosure, the NPS gained across all asset classes -- stocks and bonds at home and abroad, alternative investments and short-term financing instruments.

Of all asset classes, the NPS saw the biggest gains from stocks. Its foreign stock investments yielded 8.39 percent, while its domestic stocks took 7.83 percent. It also reaped a 7.11 percent return from foreign bonds.

The disclosure also showed that the NPS is ramping up its foreign asset allocations. Its exposure to foreign stocks and bonds came to 28.7 percent, having risen gradually from 17.6 percent in 2018 and 24.9 percent in 2019.

This comes in line with the retirement plan’s pledge to increase its exposure to foreign assets -- stocks, bonds and alternative assets -- to 50 percent. It also projects that the assets under its management will top 1,000 trillion won by 2024.

The increasing proportion of foreign assets raises the need to minimize the downside impact of foreign currency volatility on the performance of the NPS’ funds.

The measures to better manage foreign currency composition gained approval at Friday’s meeting. In turbulent times, increased holdings of safe haven foreign currencies like the US dollar and the Swiss franc can prevent price fluctuations of foreign portfolio assets, the NPS said.

“Oftentimes, our return on foreign asset investment narrows down as the assets are denominated in the Korean won,” Park said.

When asked about the opposition the NPS had encountered at shareholders meetings, Park said he would consistently place his trust in the decisions of the NPS’ special committee on fiduciary responsibility, a group of experts from the financial community designed to determine how the NPS’ voting rights should be exercised in shareholders meetings.

Most recently, on Friday, LG Chem gained shareholder approval for the split-off of its electric vehicle battery operation, with over 80 percent of voters in favor, despite NPS’ opposition to the plan. The NPS holds 10.28 percent of LG Chem.

“Overall, our fiduciary committee’s decisions hold water so far,” Park said. “I trust the decisions by members of the NPS’ special committee on fiduciary responsibility and I respect the conclusions they reached after a series of discussions.”