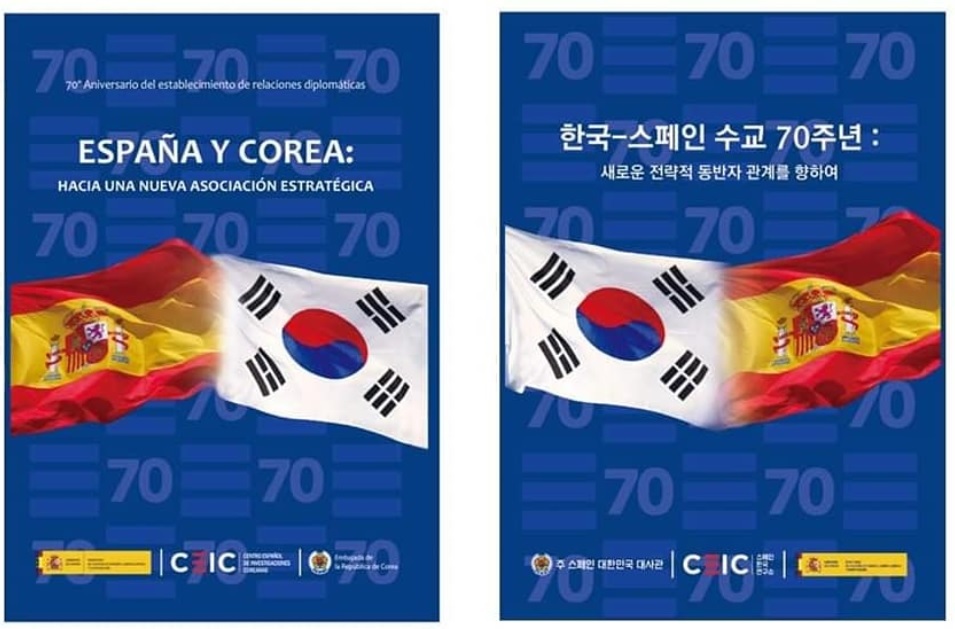 (The Embassy of Spain in Seoul)

A book has been launched to celebrate 70 years of diplomatic ties between South Korea and Spain this year. It covers the past, present and future of bilateral relations, economic cooperation and cultural exchanges.

“Our relationship has matured and has been growing, but we cannot be satisfied. We need to be much more ambitious for the future,” Spanish Ambassador to Korea Juan Ignacio Morro said at an event to publicize the book “Spain and Korea: Towards a New Strategic Association” in central Seoul on Wednesday.

“We want to enhance our exchanges in order to reach the real potential of the two countries -- Korea and Spain,” he said, stressing their similar economic sizes and strategic interests. Spain wants to make further inroads into the Asian market and Korea is eyeing Latin America. 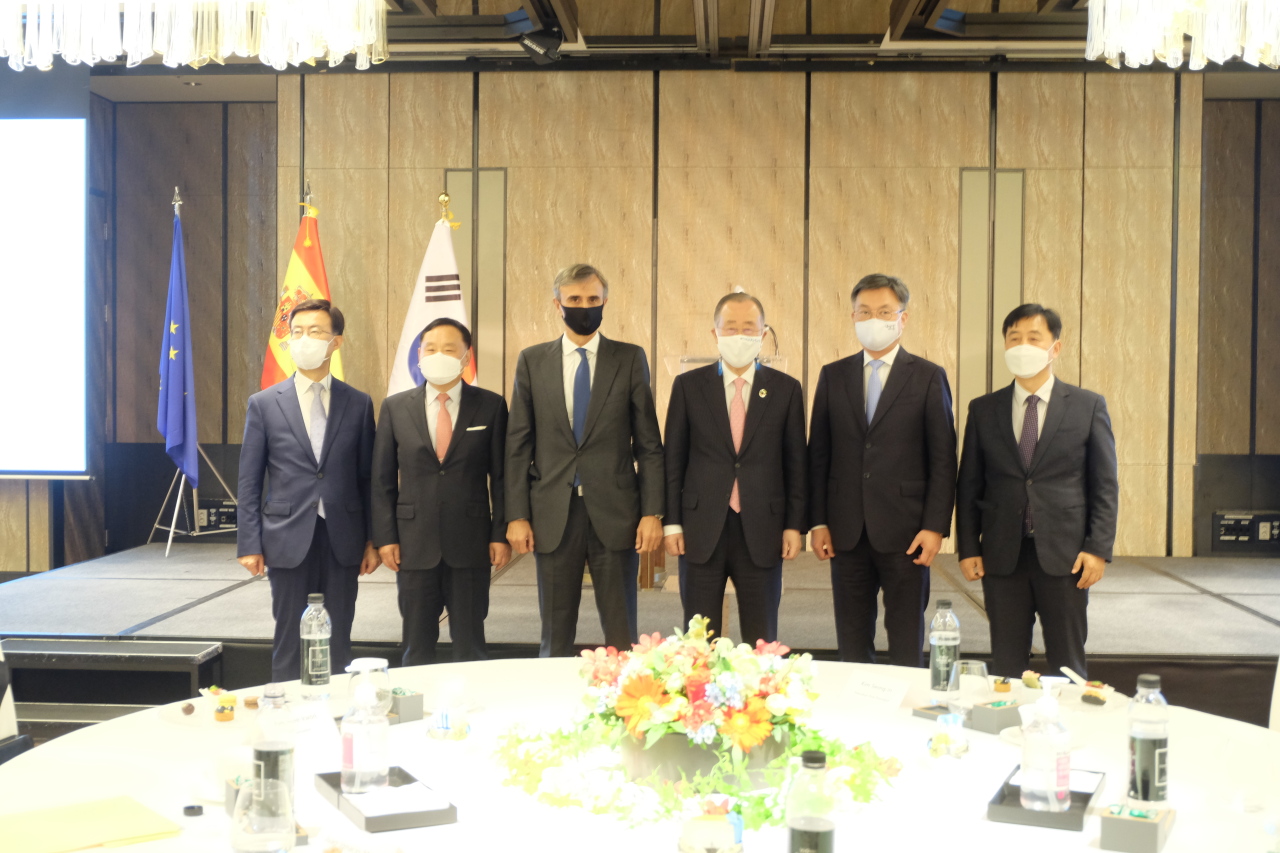 “We see a great potential for cooperation in many sectors,” the envoy said, referring to technology, infrastructure, renewable energy, the defense industry, rail transportation, tourism and people-to-people exchanges.

It was authored by several prominent figures from Korea and Spain, who have made positive contributions to the two countries’ diplomatic relations.

Korea’s Foreign Minister Kang Kyung-wha said in the book’s foreword that the countries’ bilateral relations had reached a “maturing” point through close collaboration and exchanges since the establishment of diplomatic relations in 1950.

“In responding to global issues including COVID-19 pandemic, I expect Korea and Spain as optimal partners to further strengthen bilateral and multilateral cooperation,” she said.

For her part, Arancha Gonzalez Laya, Spain’s minister for foreign affairs, European Union and cooperation, said in her foreword that the two countries had been able to establish their relations and to enhance their ties in various fields on the basis of democratic constitutions enshrining fundamental rights and freedoms for their citizens.

“Now is the most ideal moment for both countries to strengthen relations,” she said, referring to the 70th anniversary of diplomatic relations between the two countries and Spain’s King Felipe VI’s visit to Korea last year. The visit was the first by a Spanish monarch in 23 years.