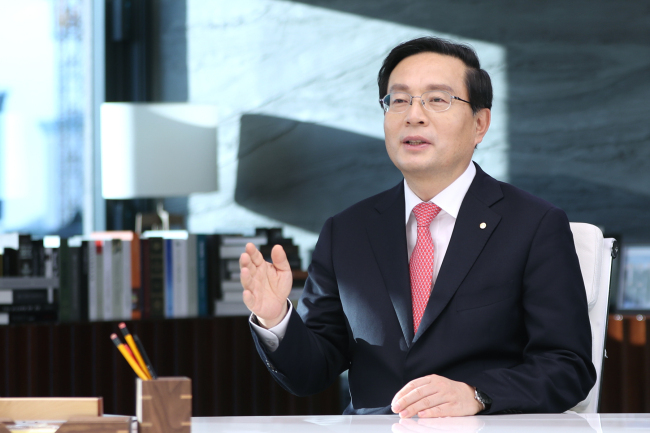 The move heralds the move of South Korea’s fourth-largest banking group to enhance its nonbanking business and diversify its business portfolio.

According to the filing Friday, Woori’s board agreed to acquire 42.6 million common shares, or a 74.04 percent stake, in the company dedicated to installment loans for automobile purchases and other financing services for consumers and corporations.

The anticipated purchase price -- 13,435 won per share -- is slightly lower than the closing price of Aju Capital at 13,450 won on the nation’s main bourse Kospi. Woori said the acquisition price is subject to change.

Woori did not elaborate on the expected date of the deal’s close, as the schedule for the financial regulator’s review has yet to materialize.

Once the acquisition is complete, Woori will control not only the installment loan provider, but also its fully owned credit subsidiary Aju Savings Bank.

This comes three years after Well to Sea Investment bought a majority stake in Aju Capital in June 2017.

Woori revealed in its disclosure Friday that the banking group and Well to Sea had signed a right of first refusal in 2017 for ownership in Aju Capital.

Under the provision, Woori or a third party nominated by Woori is given the exclusive right to buy Aju Capital shares owned by Well to Sea. Woori also backed capital to a Well to Sea special purpose company for its Aju Capital acquisition in 2017.

Aju Capital logged 101.6 billion won in net profit in 2019, up 11.7 percent on-year, according to its consolidated financial report. This is partly attributable to its improved credit rating by local credit bureaus, from “A” to “A+,” which allowed the company to secure capital at a lower cost.