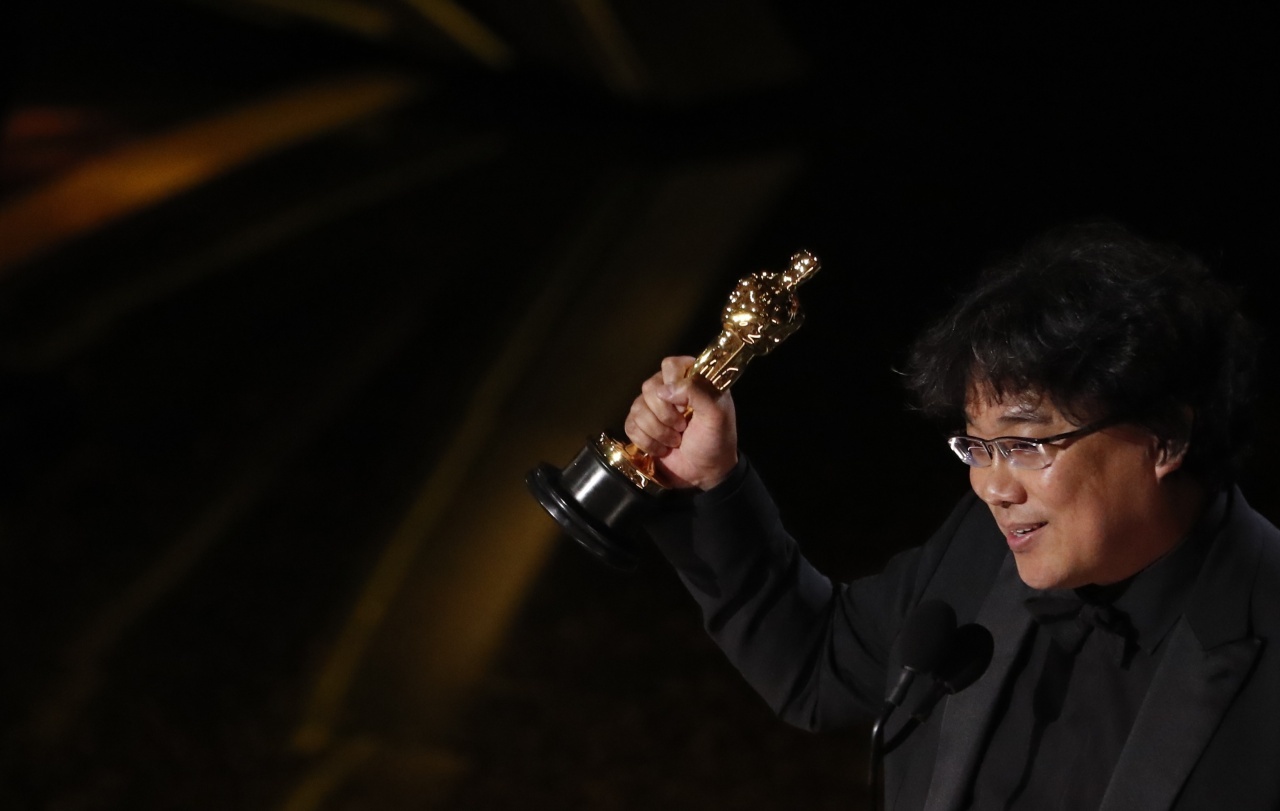 Director Bong Joon-ho wins the Oscar for Best International Feature Film for “Parasite” at the 92nd Academy Awards in Hollywood. (Reuters-Yonhap)
Thirteen Korean movies have applied to be selected as Korea’s entry for the Academy Award for best international feature film, according to the Korean Film Council on Monday.

Since Director Bong Joon-ho won the Oscar for best international feature film for “Parasite” at the 92nd Academy Awards in February, movie industry insiders’ eyes are now on who will be selected to compete for the nomination next year. The selected film will be announced at the end of this month.

The competing movies include “Peninsula,” directed by Yeon Sang-ho, which was named on the Cannes Film Festival’s 2020 Official Selection list and has been sold to over 190 countries.

“The Man Standing Next,” a political drama directed by Woo Min-ho, and two action films -- “Deliver Us From Evil,” directed by Hong Won-chan and “Steel Rain 2” directed by Yang Woo-suk -- are also competing for a spot at the Oscars.

Two movies by woman directors are also in the run: Yoon Dan-bi’s “Moving On” and Lim sun-ae’s “An Old Lady.“ Both films were featured at last year’s Busan International Film Festival.

Comedy film “Night of the Undead” by Shin Jung-won, “Beasts Clawing at Straws” directed by Kim Yong-hoon and “Bring Me Home” by director Kim Seung-woo are also vying for selection as Korea’s entry at the Academy Awards.

Three upcoming movies “Samjin Company English Class” by director Lee Jong-pil, “Paper Flower” directed by Koh Hoon, as well as “Life is Beautiful” directed by Choi Gook-hee, which will be released in December, are also hoping to compete at the Academy Awards next year.

The Academy has pushed back the 93rd Oscar ceremony from Feb. 28 to April 25, mainly to accommodate early 2021 releases which were delayed due to the pandemic. The Academy is scheduled to announce Oscar nominations on March 15, 2021.