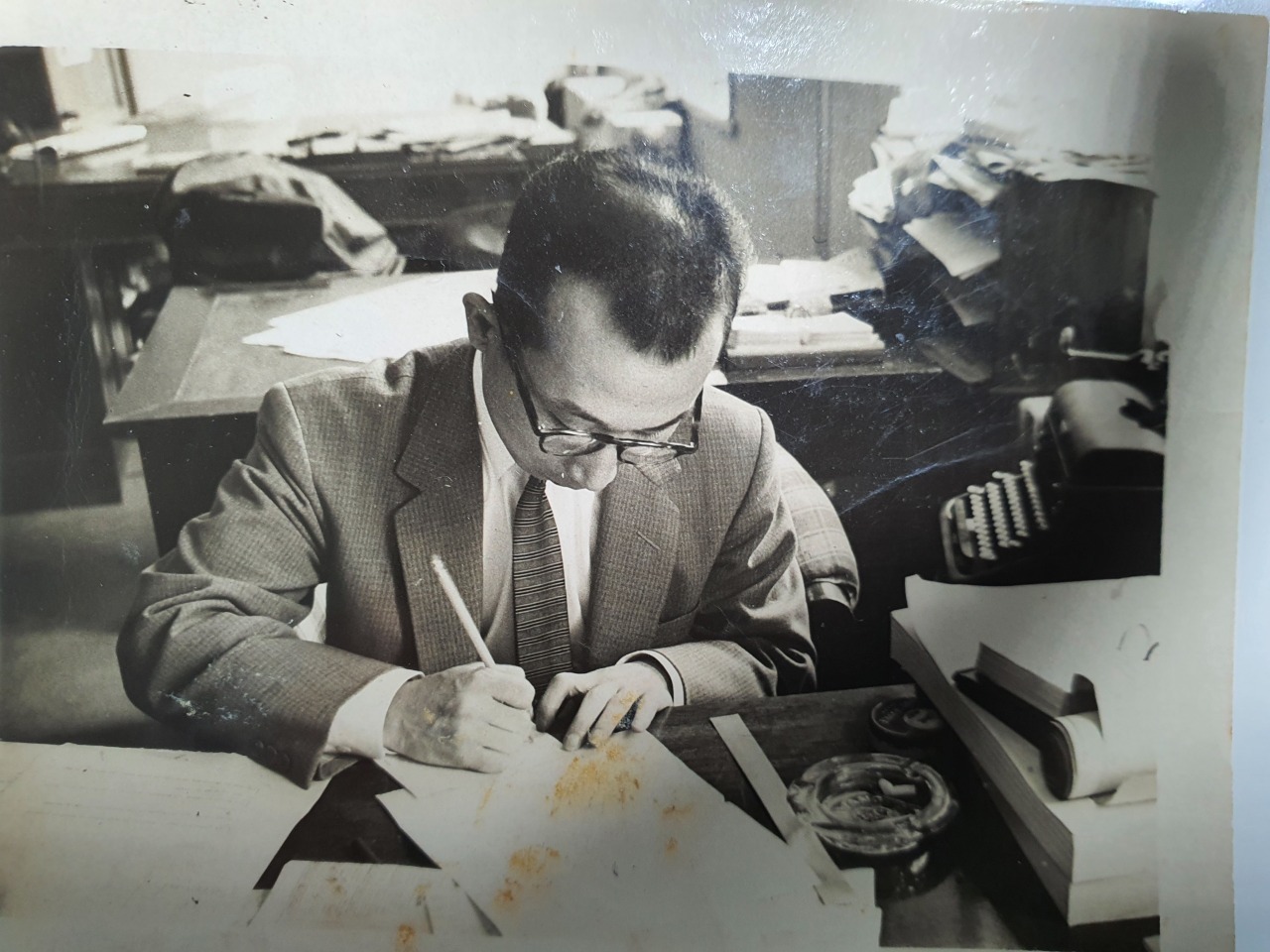 Lee Hi-chang at the newsroom of The Korea Republic (Courtesy of Lee Hang-lak)
When the Korean War ended in 1953, Korea did not have many journalists skilled in reporting in the English language. Many reporters did not have a chance to study in an English speaking country and had to consult the dictionary to find just the right word while writing their stories.

One of the earliest reporters for English newspaper The Korean Republic, founded in 1953 and later renamed The Korea Herald, was Lee Hi-chang.

Born in 1928 in South Pyongan Province in today’s North Korea during the Japanese colonial rule of the Korean Peninsula, Lee entered Seoul National University in 1948 as a philosophy major and graduated in 1956. 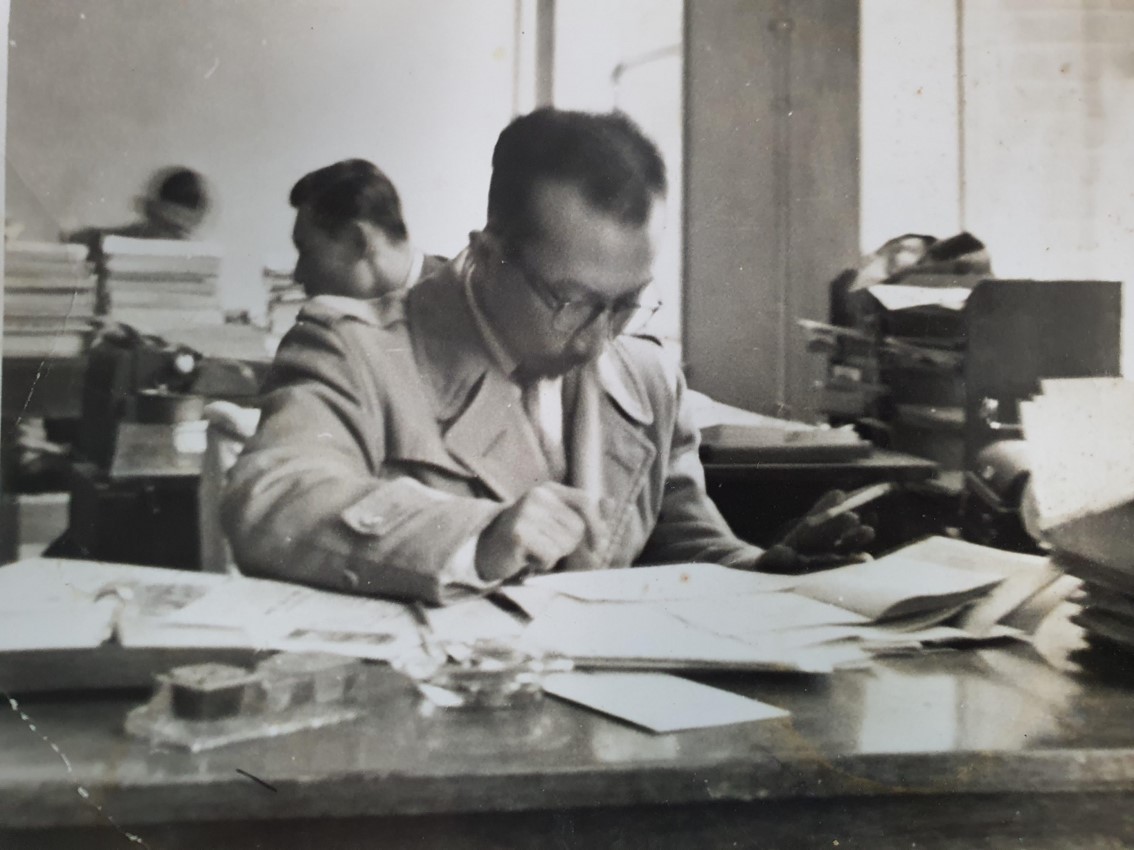 Lee Hi-chang at the newsroom of The Korea Republic (Courtesy of Lee Hang-lak)
He began at The Korean Republic in 1954 as an intern while attending SNU, working his way to become the managing editor of The Korea Herald in 1970, a position which he served until 1978. He was also the editor-in-chief from 1962 to 1970 for Korea Journal, an English Journal published by the Korean National Commission of UNESCO. He then went on to serve as editor-in-chief of Korean Air‘s inflight magazine, Morning Calm, in 1978. After serving for eight years, he took up different positions, including serving in the advisory committee for the 1986 Asian Games in Seoul and the 1988 Seoul Olympics. He was also a founding member of Korea Daily in 1990, which shut down after eight months due to financial issues. His writing career came to an end with his last column for The Korea Herald in 1991.

Lee passed away in 2003 and a year later, his son, Dr. Lee Hang-lak, a professor at gastroentology department of Hanyang University Medical Center, decided to publish a book of his father‘s articles.

“After my father passed away, I wanted to do something to remember my father, to show filial piety,” Lee Hang-lak told The Korea Herald. “It struck me that collecting articles written by my father and seeing the steps he took would be meaningful.” 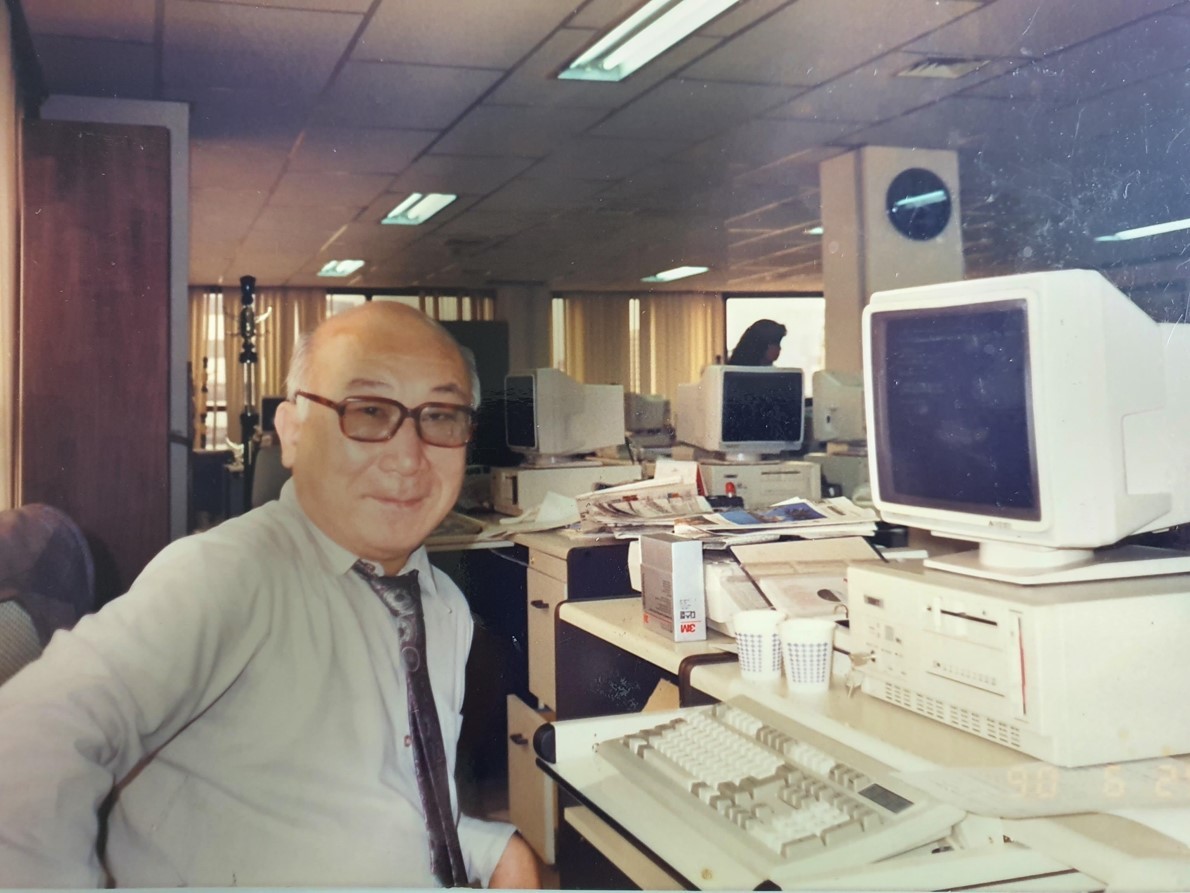 (Courtesy of Lee Hang-lak)
Over the course of 15 years, Lee Hang-lak searched through archives of the National Assembly Library, National Library of Korea and The Korea Herald, among others, for traces of his father.

Lee gathered his father’s articles one by one, from the very first one headlined “Big US Aid Pledged to 4H Clubs” published in the April 4, 1956 edition of The Korean Republic to the last column he wrote for The Korea Herald in 1991.

“I felt writing in English back in the 1950s would’ve been very difficult for my father. I felt each English article was a lot of effort for my father,” said Lee. “If I didn’t find the articles, they would be just forgotten and lost. No one would remember the details of his work and just remember that he used to work at The Korea Herald. It was like finding a treasure when I first came upon the articles.” 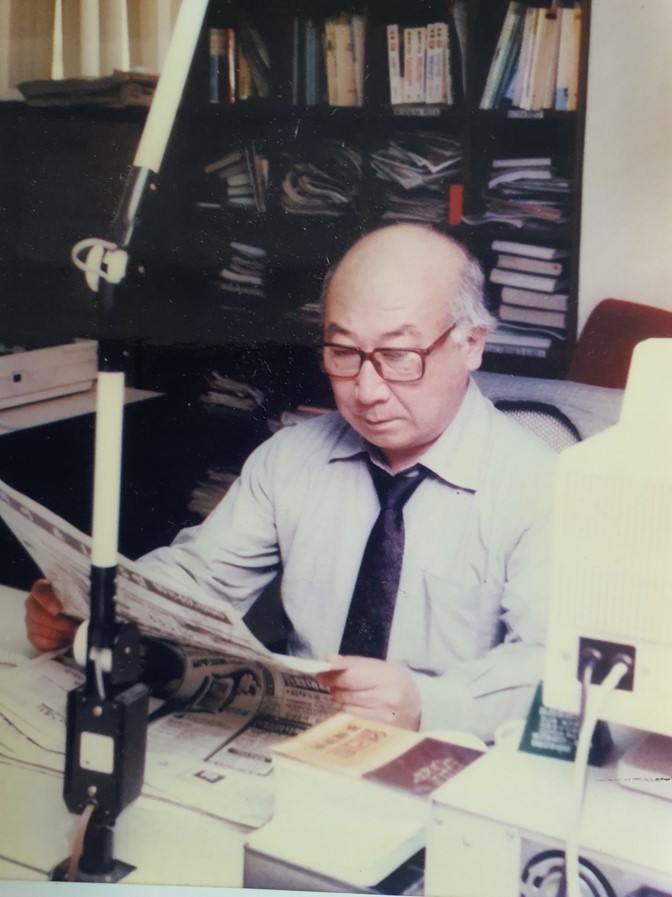 (Courtesy of Lee Hang-lak)
Lee finally decided the work was done last year and “I am the Master of My Fate and Captain of My Soul,” a collection of his father’s articles and their translations, was released in June. The English title comes from the last line of Lee Hi-chang’s favorite poem by William Ernest Henley. The translations were done by Lee Hi-chang‘s children, making the book more memorable for the Lee family.

“Through this book, I hope our descendants remember the spirit and accomplishment of our parents and give strength to press on every day,” said Lee Hang-lak.