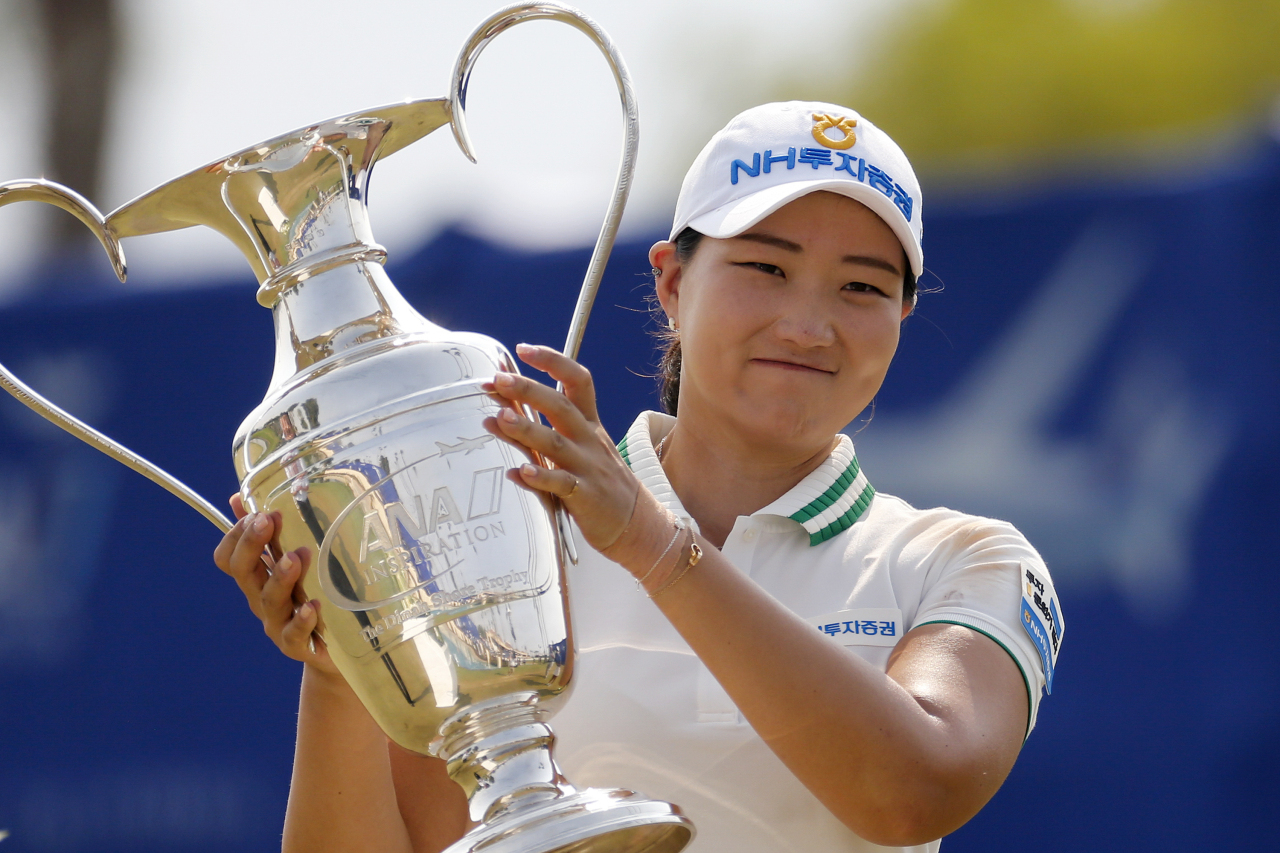 (AP-Yonhap)
South Korean LPGA player Lee Mi-rim chipped and putted her way to a stunning major title last month, and ahead of another major tournament this week, she has been working on her long game.

Lee is entering the KPGA Women's PGA Championship, set to open at Aronimink Golf Club in Newtown Square, Pennsylvania, on Thursday (local time), as a player to watch. She won the ANA Inspiration in a playoff last month for her first career LPGA major title, and she chipped in for two birdies and an eagle in the final round en route to the unexpected victory.

The 29-year-old isn't done trying to get better.

"There are some things that I'm working on, and I'm still continuing to work on them, so I'll just keep those in mind as I play," she said through an interpreter at her pre-tournament press conference on Tuesday (local time). "I've been working hard enough where a lot has improved, particularly my long game and my downswing. I'm still trying to work on the follow-through."

The KPGA Women's PGA Championship would have been played in June, if not for the coroanvirus pandemic that has turned the LPGA schedule upside down. Lee said the 6,577-yard course may play even longer than its actual length, which will put a premium on the long game.

"I don't know if I'll be able to see a lot of birdies," she said. "The course does seem to be playing a lot longer, so I think I'm going to have to focus on my long irons and my long game."

Following her ANA Inspiration victory, Lee soared from 94th to 21st in the world rankings. She's currently at No. 22.

For the first round, Lee has been paired with fellow South Korean Amy Yang and Azahara Munoz of Spain.

There are 13 South Koreans in the field. (Yonhap)