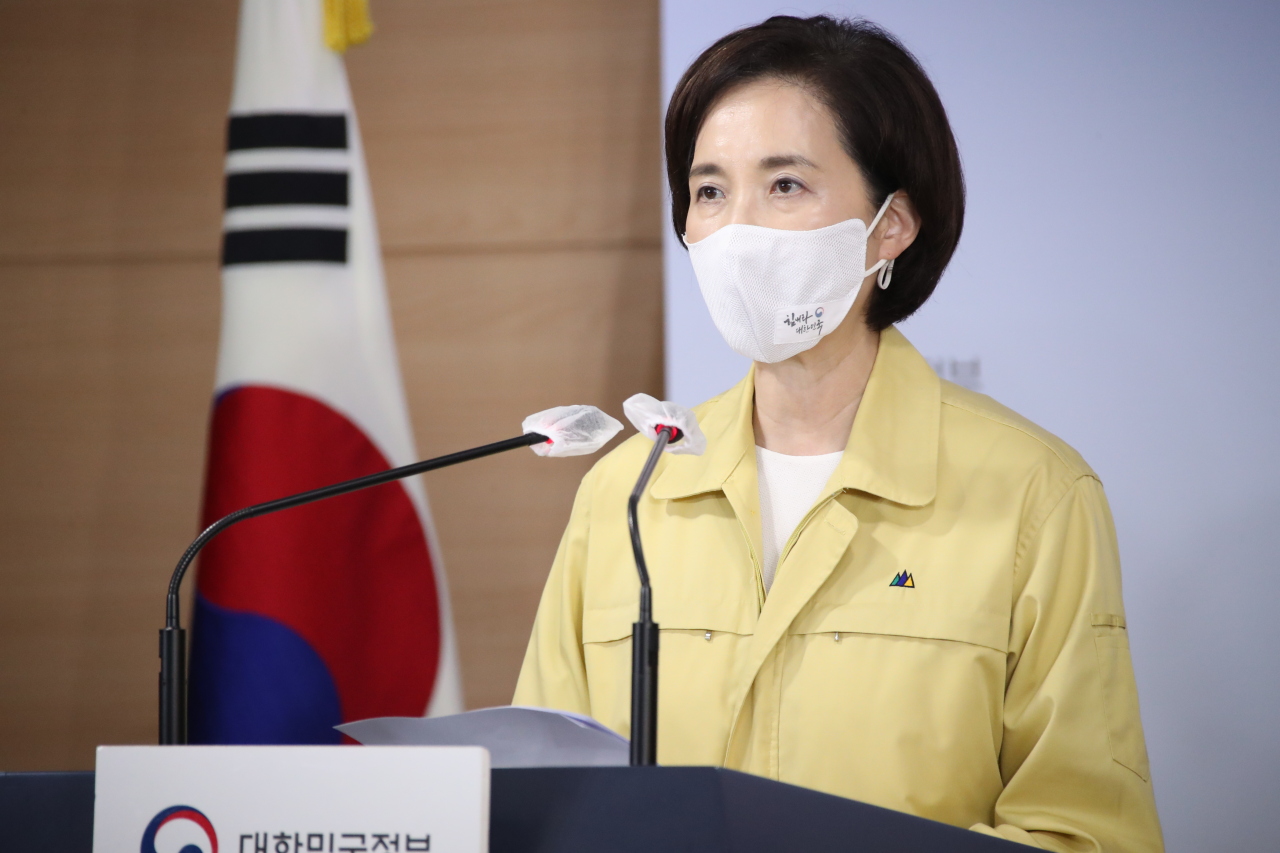 For the next several months, the measures will also apply to high school seniors undergoing the college admission process.

Even during the recent school closure, high school seniors have been attending physical classes with no attendance cap. But with all application materials finalized last Wednesday, the ministry decided to include seniors in the social distancing rules starting Monday.

Korea lowered its social distancing restrictions for the capital region from the de facto “Level 2.5” to Level 2, bringing them into line with the rest of the country, earlier this month.

Unlike those in the capital region, schools elsewhere have stayed open over the past few weeks and are allowed to adjust their own physical attendance levels as needed, depending on the virus situation in their respective areas.

While some areas follow the same distancing rules as the capital region, Gangwon Province, Daegu, North Gyeongsang Province and Jeju Island have previously announced they will ease the attendance cap to two-thirds for all schools.

The current measures are subject to review and adjustment after Chuseok, the Korean harvest holiday that begins at the end of the month, depending on how the virus situation unfolds.

The ministry, in response to a suggestion from Seoul’s education chief to lift the attendance cap on first grade students in elementary and middle schools, said it would be better to discuss the matter after Chuseok.

Seoul Metropolitan Office of Education Superintendent Cho Hee-yeon said last week that classes should be 100 percent offline for those students at least, as months of distance learning have widened the learning gap.