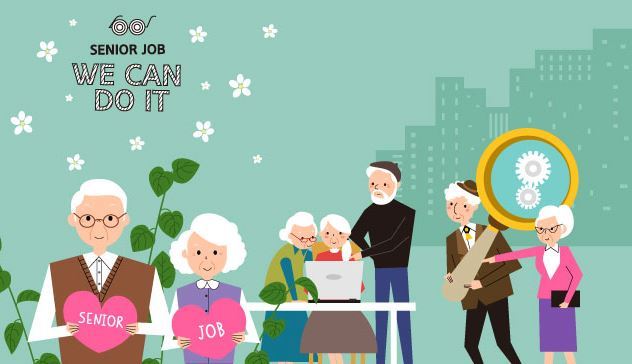 An online banner for recruitment from Busan City Hall to promote seniors’ participation in social and economic activities in 2019 (Busan City)
SEJONG -- South Korea ranked 2nd in the growth of its senior population since 2000 among the 37 members of the Organization for Economic Cooperation and Development, though the nation was still only 30th in terms of the current senior population.

This marked the second-steepest rise, after Japan, which posted a 10.77 percentage point growth over the corresponding period.

While Finland ranked 3rd with a 6.69 percentage point growth, there was no other OECD member whose growth exceeded the 6 percent mark. 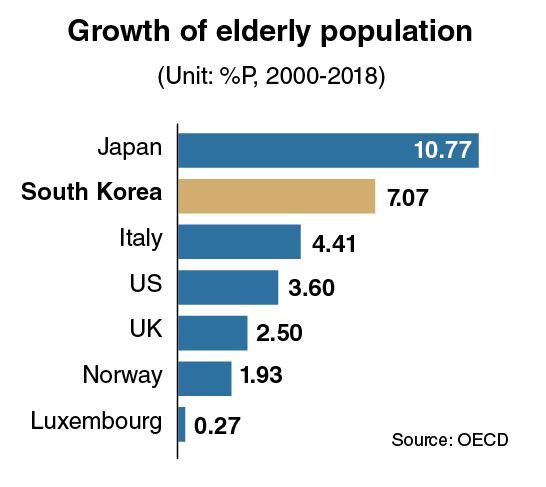 In terms of the portion of the population aged over-65, South Korea was still behind the OECD average of 17.2 percent in 2018.

Nevertheless, Korea is expected to outstrip the average in one or two years and overtake many countries in the coming decade.

As of August 2020, the nation saw the percentage of seniors reach an all-time high of 16.1 percent -- 8.35 million of the entire population, 51.83 million, according to the Ministry of Interior and Safety. This indicates that nearly 1 out of every 6 Koreans were aged 65 and above.

Korea ranked 3rd in women’s life expectancy at birth among the 37 OECD members in its 2018 comparison.

The OECD defined the life expectancy at birth as how long, on average, a newborn can expect to live if current death rates do not change. Korean female newborns are projected to live 85.7 years on average.

In fact, only Japanese girls (87.3) and Spanish girls (86.1) had higher life expectancies than Korean girls born in the late 2010s.